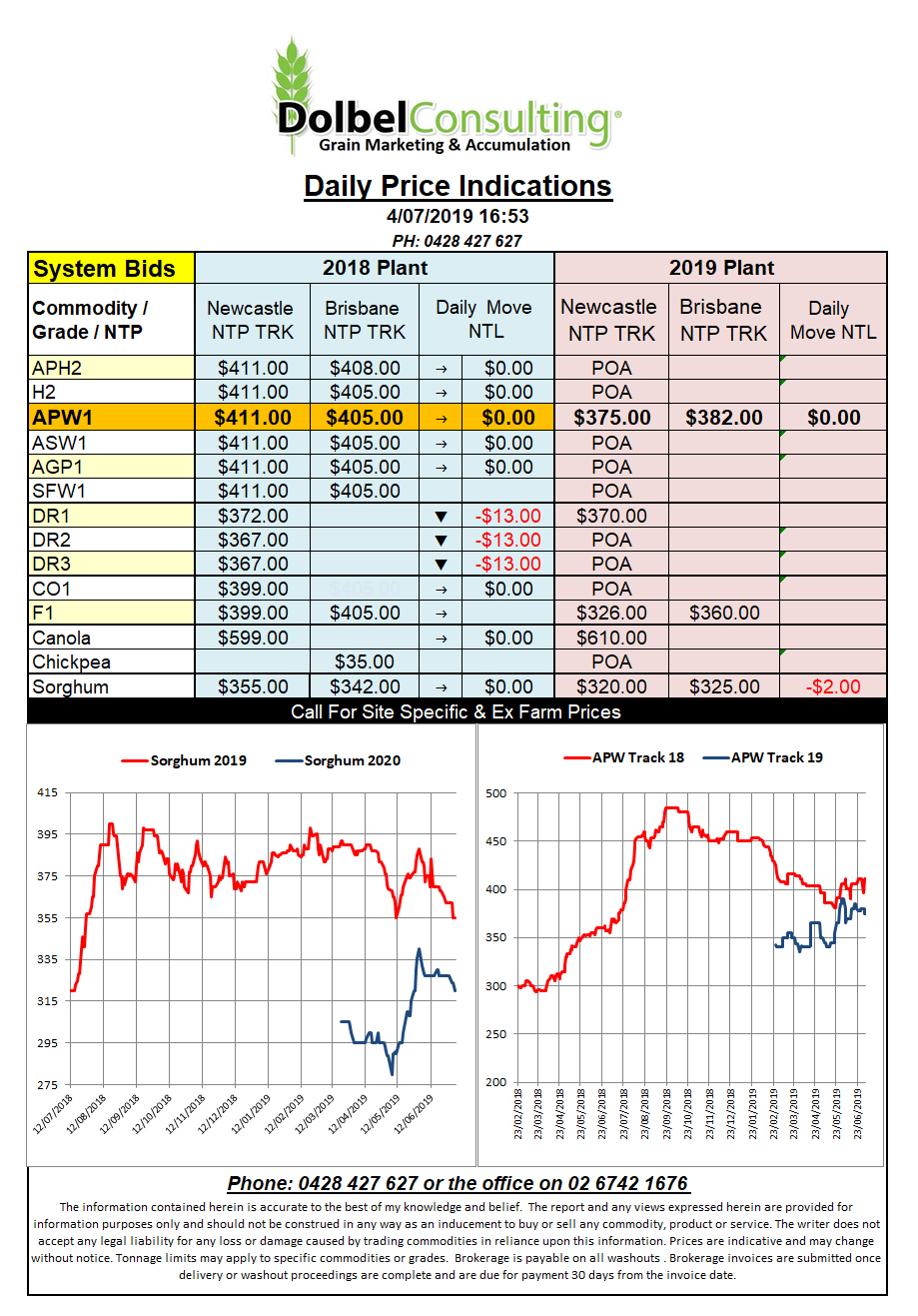 Technical trade triggered by the prospect of more wet weather in the central US corn belt pushed corn futures higher overnight. Wheat and soybeans were caught up in the rally. Wheat was due for some upside according to the charts and further planting delays to the last of the soybeans was all the market needed to prep for the 4th of July break. US markets will not reopen until Friday morning their time.

Cash bids in the corn belt were also high, improving by up to 15c at some elevators. The consensus seems to be that the last USDA report was that far out on the corn acres that there is likely to be some big changes to final acres between now and the middle of August. We also see corn at 441c/bu and HRW at 465c/bu for the December slot. A gambling man might want to bet that spread is likely to widen but with yields in Kansas currently exceeding expectations in most locations I’m not that man.
Kansas crop reports continue to indicate lower than average protein and higher than average yields in some locations yields are as much as double the average. Kansas wheat harvest will start to wrap up in about 2 weeks.

Germany has announced that this year’s winter wheat crop is going to be a little under average due to dry sowing conditions after the 2018 drought and the heatwave last month. Yields are expected to slip to a terrible 7.92t/ha……how do they survive. German barley production will be up on average with production pegged at 11.9mt, well ahead of last year’s drought crop. Rapeseed is well back at just 3.06mt.