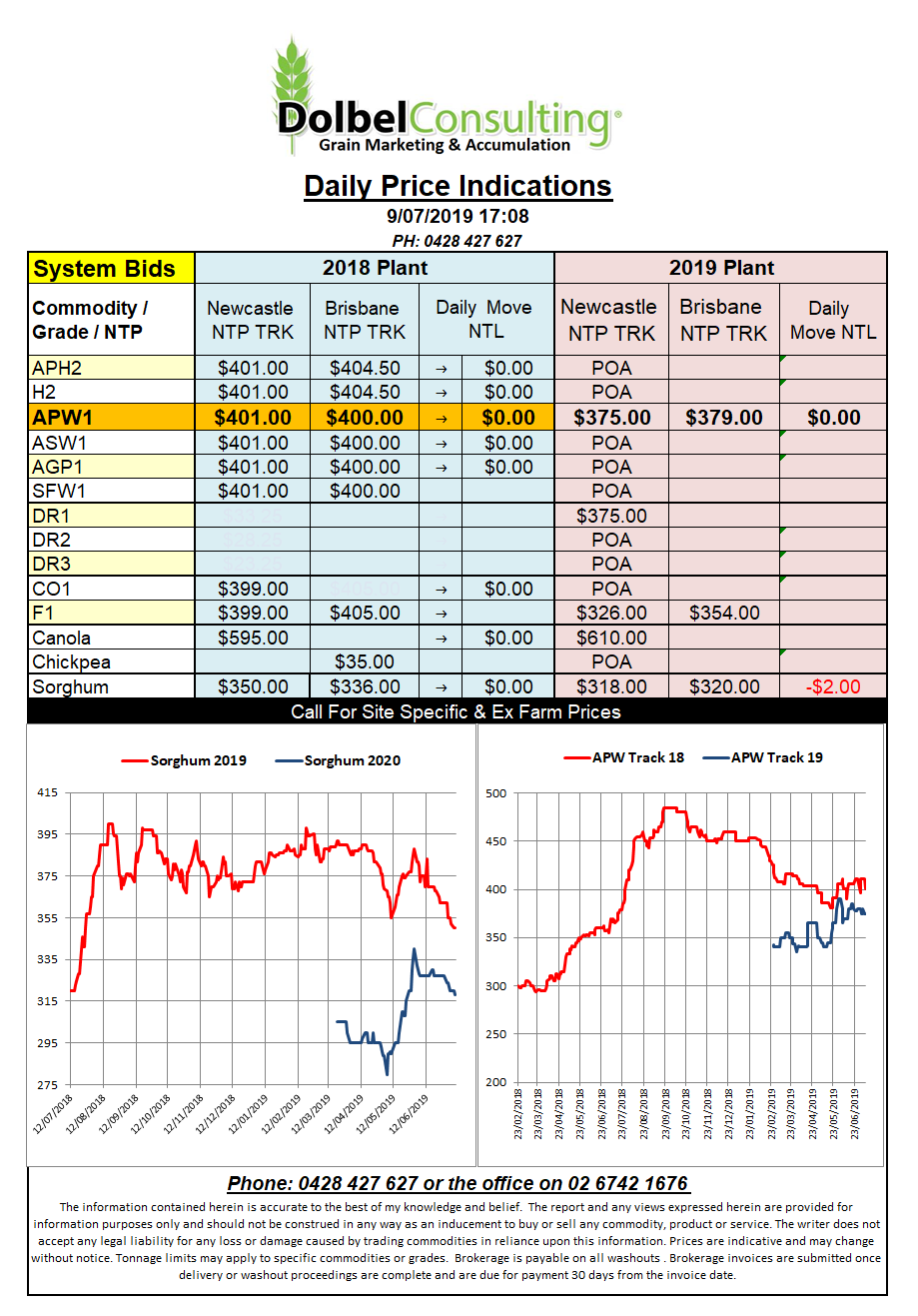 In the US warmer dry weather across much of the central corn belt is helping corn catch up a little. In last night’s USDA report that came out after the markets had closed corn was pegged at 98% sown. We are still trying to determine what the 100% area is though. Crops across Texas are flowering while just 1% of the corn in Iowa is silking compared to the average of 14%. The better weather saw the good to excellent rating climb 1% from 56% to 57%.
Winter wheat harvest is pegged at 47% complete against the 5 year Avg of 61%. Kansas is now at 61% in the bin. The winter wheat condition rating also improved 1% now rated at 64% G/E. Disease so far hasn’t been the issue many had suggested it would be. In Kansas yields and test weight continue to be very good while protein is down well on the average.
Around 56% of the US spring wheat crop is now in head. The recent rainfall was seen as beneficial to the crop with good falls across the Dakotas and southern Minnesota. The USDA have rated the spring wheat crop at 78% G/E, that’s up 3% week on week and could exert some pressure on the markets in tonight’s session.

UK rapeseed area is estimated at a 16 year low of 514kha. Dry conditions after last years “drought” prevented good establishment of rape in the autumn. Failed crops were replanted with feed grains such as oats and also more wheat given the better prices at sowing. In France the end of June heatwave done little to wheat yields. In the south of France durum harvest is around 10% complete and the crop looks ok.