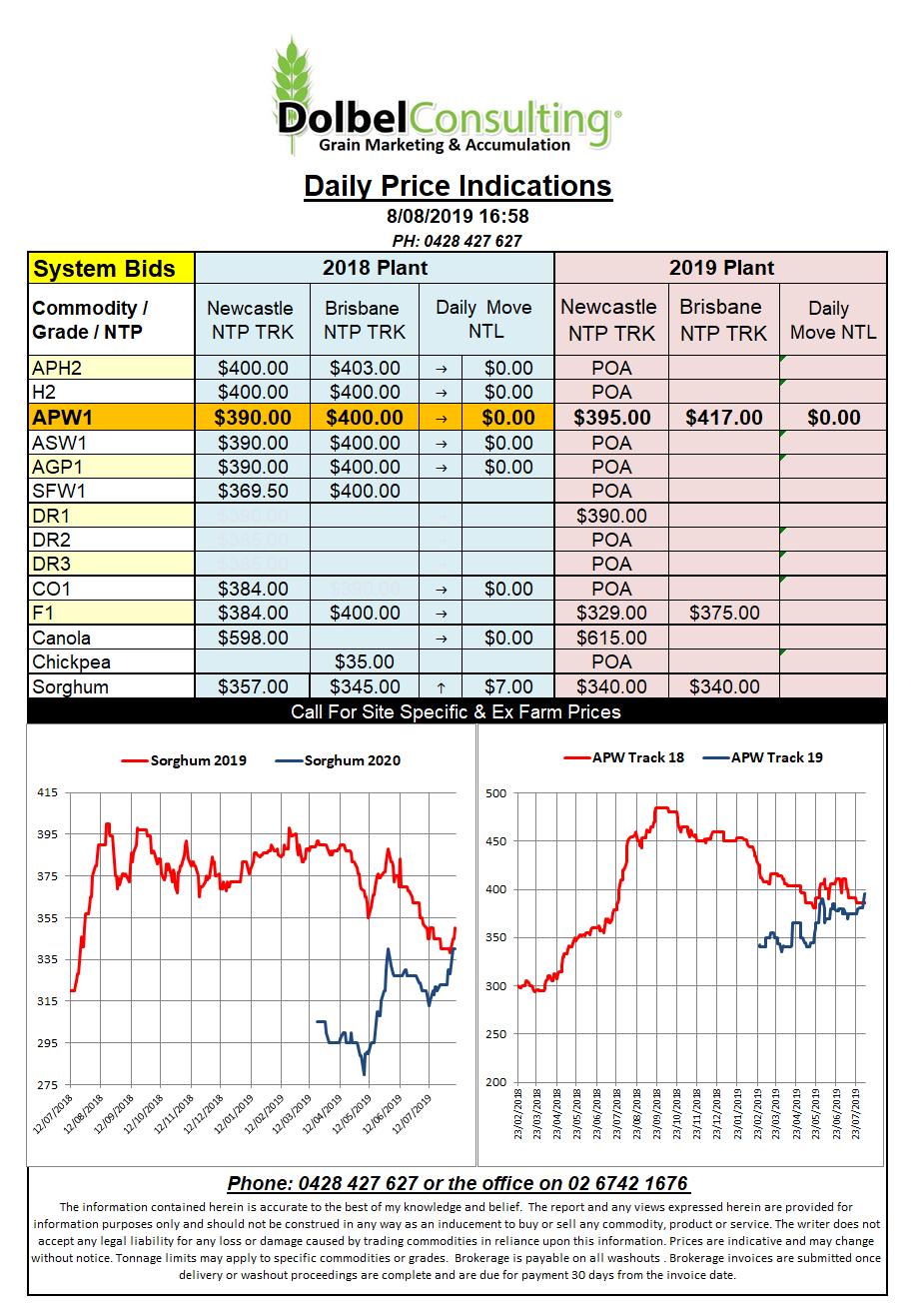 In the US futures market it appears to be all about positioning ahead of next Tuesday’s USDA World Ag Supply & Demand Estimates report. The punters seem to be falling into line predicting reductions in both corn and soybeans.
Technically Chicago corn for the December slot is approaching neutral, pretty much what you would expect to see leading into such a report, so no leads there. Soybeans on the other hand is still oversold so we may see some more upside there. Soybeans are struggling a lot more than corn and wheat with the China deal, so it’s always going to be a tough wicket though.
Technically wheat could probably see more upside than downside prior to the report. Realistically US wheat futures fate is lies in the hands of US corn rather than in global wheat at present. The substitution of wheat over corn in the US feed ration will have more of an impact on wheat usage on the US balance sheet than a couple of million tonnes of international wheat sales. If the punters have the corn numbers right and all of a sudden there is 30mt less corn to feed out, we should see futures for wheat get dragged higher. This may not necessarily roll over to better values here as world wheat values may not follow as closely as one might think but less US wheat on the export market isn’t a bad thing either way.
Global weather is fairly benign, Canada remains dry in the south. The US remain generally wetter than average apart from some parts of Texas and the west coast. France is a little dry, this is a two edged sword as it is helping harvest but also limiting the final yield of spring sown crops.  It’s finally starting to rain across the Russian spring wheat regions, just as the headers start to come out.