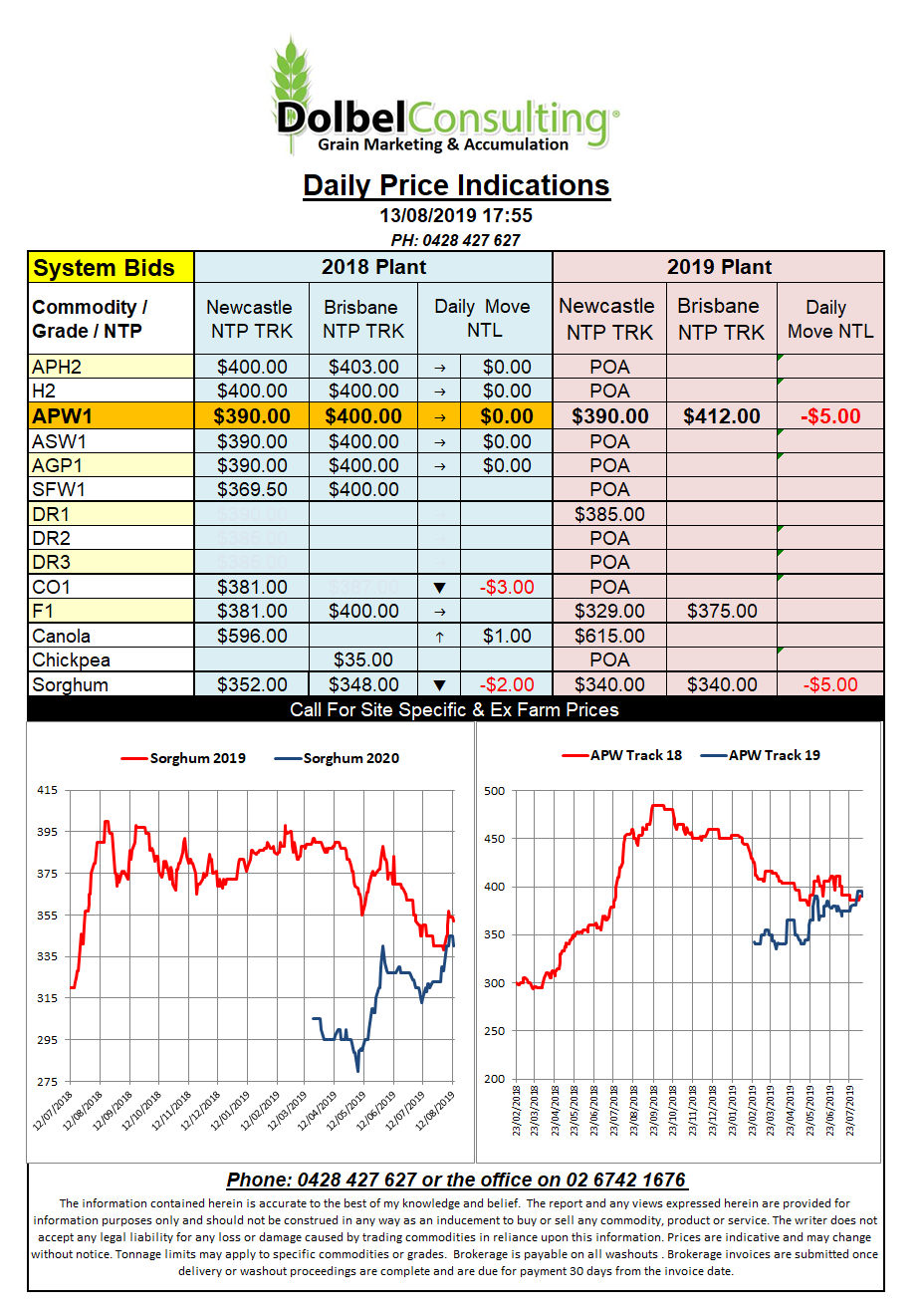 The USDA delivered a hard blow to those punting corn futures higher. The latest WASDE report that came out in the States overnight was bearish corn.
Corn futures at Chicago were limit down after the USDA only reduced sown acres by 1.7million bringing the total US crop sown to 90 million. The trade were expecting a number closer to 87.7 million. Not only was the sown area larger than expected so was the final yield estimate. The trade had pencilled in a yield around 10.35t/ha but the USDA number was pegged at 10.41t/ha.
With the final harvested area also larger than trade estimates the final grain production number came in at just over 352 million tonnes.

Wheat was caught up in the downside in corn futures just as it has been caught up in the upside over the last couple of months. Looking more closely at the USDA data we see US wheat production has been increased 1.64mt to 53.89mt. Australia is unchanged at 21mt, Argentina is up 500kt to 20.5mt, the EU crop is back 1.3mt to 150mt, Russia is back 1.2mt to 73mt. Kazakhstan is also back 1mt to 13mt. This all rolls out to a world production number of 768.07mt, down 3.39mt month on month and means ending stocks also slipped about 1mt to 285.4mt, still too high.
US durum production estimate continues to fall mainly due to low yields in Montana. The overall area of both desert durum and spring durum in the US was lower this year except for California. Total US production is now estimated at just 1.56mt.