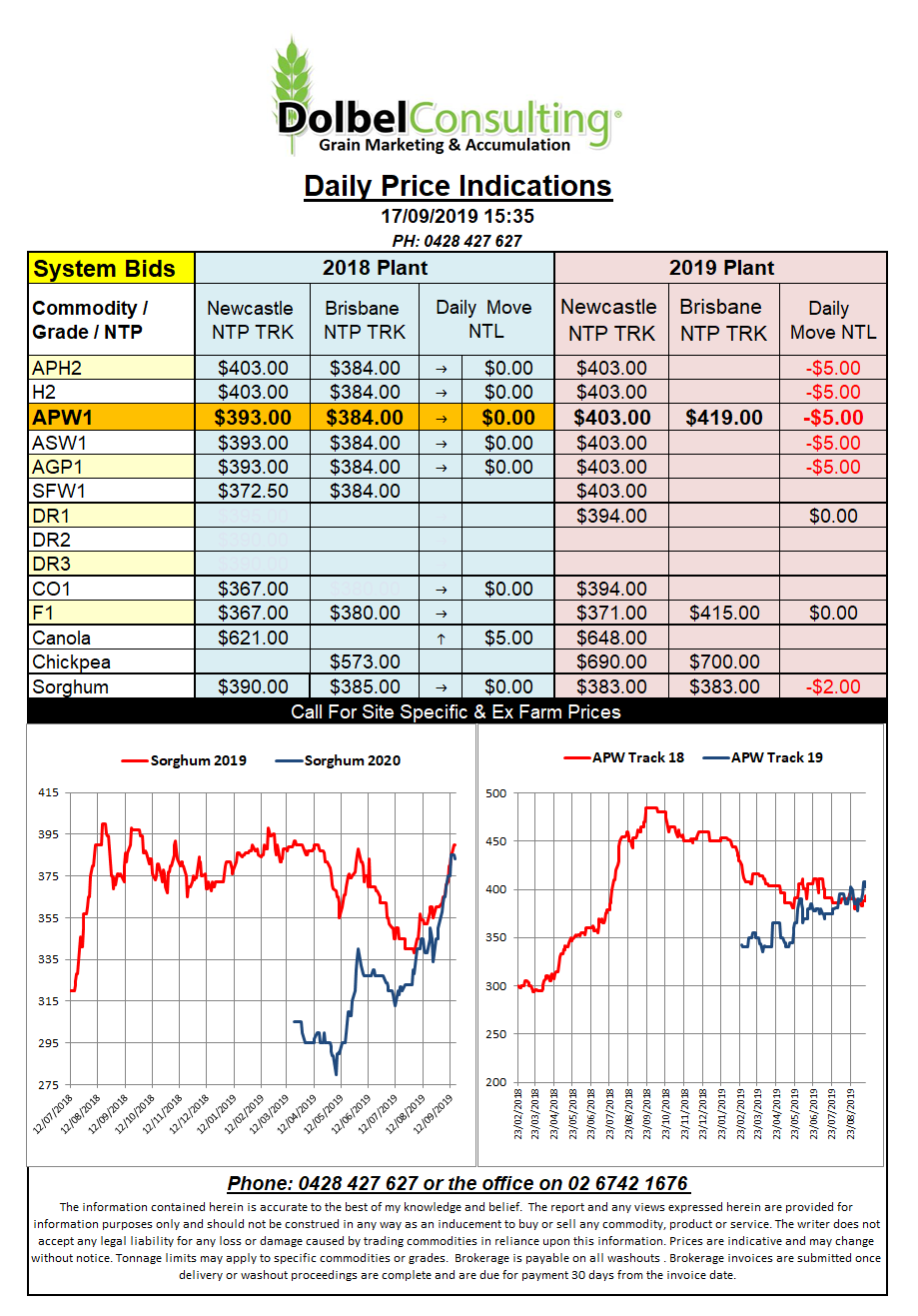 September futures rolled off the board at Chicago with December now becoming the nearby contract.  Oil took the spot light and surging energy prices created some spill over buying in the grains.

Oil prices jumped 20% before falling back, the biggest one day move since the Gulf War in 1991. The rally in oil created spill over buying in grains with healthy gains in EU rapeseed futures and ICE canola futures.
Wheat futures were firmer on the back of spill over buying but also on good weekly US export sales of about 440kt. News of a 255kt soybean sale to China was also beneficial to soybeans futures at Chicago.
Oil politics are likely to dominate the week so expect the unexpected.