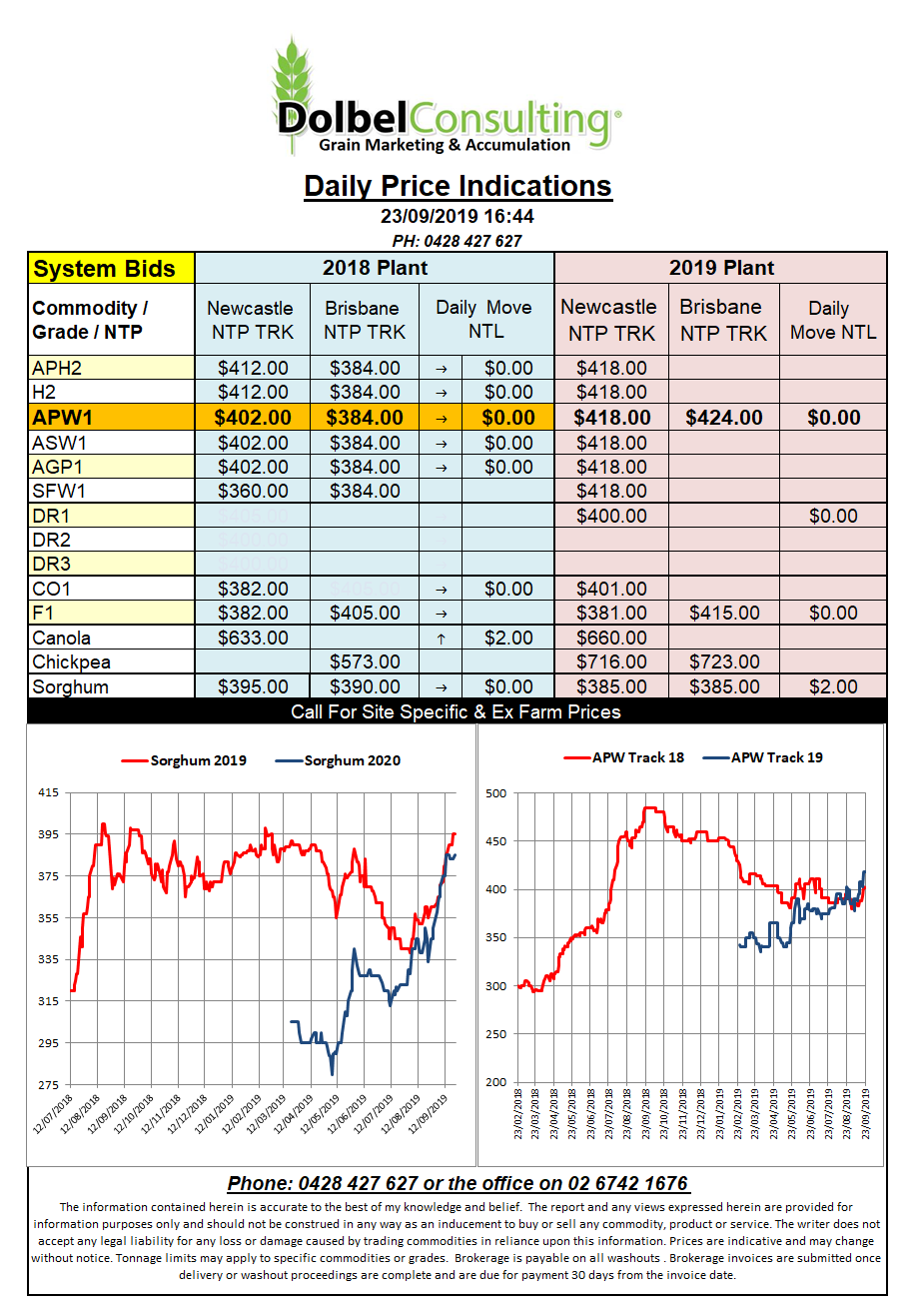 In the USA profit taking and technical trade dominated the session seeing most grains close the sessions lower.
Spring wheat futures kicked the trend as weather issues in the US remain a major problem and continue to delay the harvest and downgrade what wheat is still left in the field.
Similar issues are arising across the south of Saskatchewan, the major durum area of Canada. Although not as wet as the spring wheat region of NW N.Dakota and eastern Montana in the US, Saskatchewan is having a few delays of its own. For instance 14 day rainfall totals across the NW spring wheat belt in the US have come in as high as 8″ in some locations along the N.Dakota / Montana border. Further north 14 days totals are closer to 2″- 3″.
Parts of the corn belt in the US have also seen heavy rain in the last couple of weeks with 4″ to 5″ falling across southern Minnesota and eastern Nebraska. Cash markets across the US Midwest have seen basis move higher across the wetter regions while slipping elsewhere.

As many locations across the Northern Hemisphere wind up harvest of winter cereals we are seeing a few more productions estimates being increased. France and the UK are expected to see better than initial yield estimates push wheat production higher while Black Sea producers although generally holding steady at the moment may also see slight increased over the next 30 days.
Dry weather across much of France & Ukraine may start to become an issue for those sowing winter wheat.