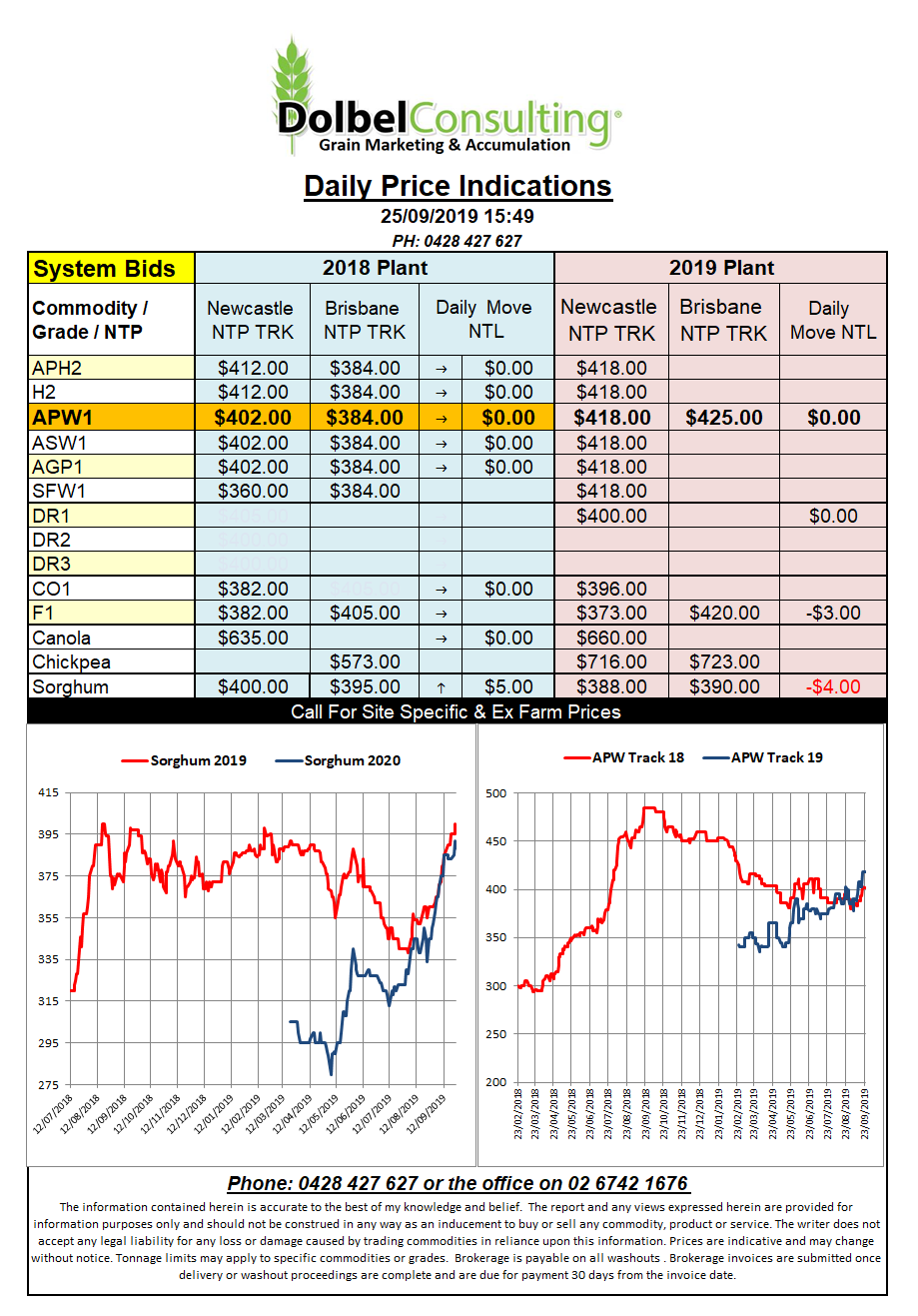 In the USA and Canada spring wheat values continue to climb on quality concerns. In yesterday’s USDA crop condition report the area of harvested spring wheat in the USA did increase from 76% the prior week to 87% in the last week. Normally for this time of year the US would have around 97% of the crop in the bin. It’s probably pretty safe to assume that the last 13% is pretty much a write off. This could in simple terms equate to around 1.5mt of feed wheat.
Over the border in Canada the harvest pace is also slow but quality is probably a little better than across N.Dakota and Montana. The trade are estimating around 30% of the Canadian spring and 20% of durum wheat may now be in the bin. Rainfall was generally less across Saskatchewan and more across the southern parts of Manitoba over the last week. These percentages are well behind the average for this time of year. Some parts of Manitoba saw around 180mm on the weekend with reports of hail as well. Manitoba produces around 5mt of wheat.
While on Canada it should be mentioned that Canadian ending stocks for canola were raised to 4.5mt up from the August estimate of 3.775mt. The guts of this is the lack of demand from China.

Spring wheat values out of the Pacific Northwest of the US have jumped about 12% since the start of the month. This has seen Asian buyers pull back out of the market in the short term as they reassess supply. I hope they are not thinking Australian APH is available.