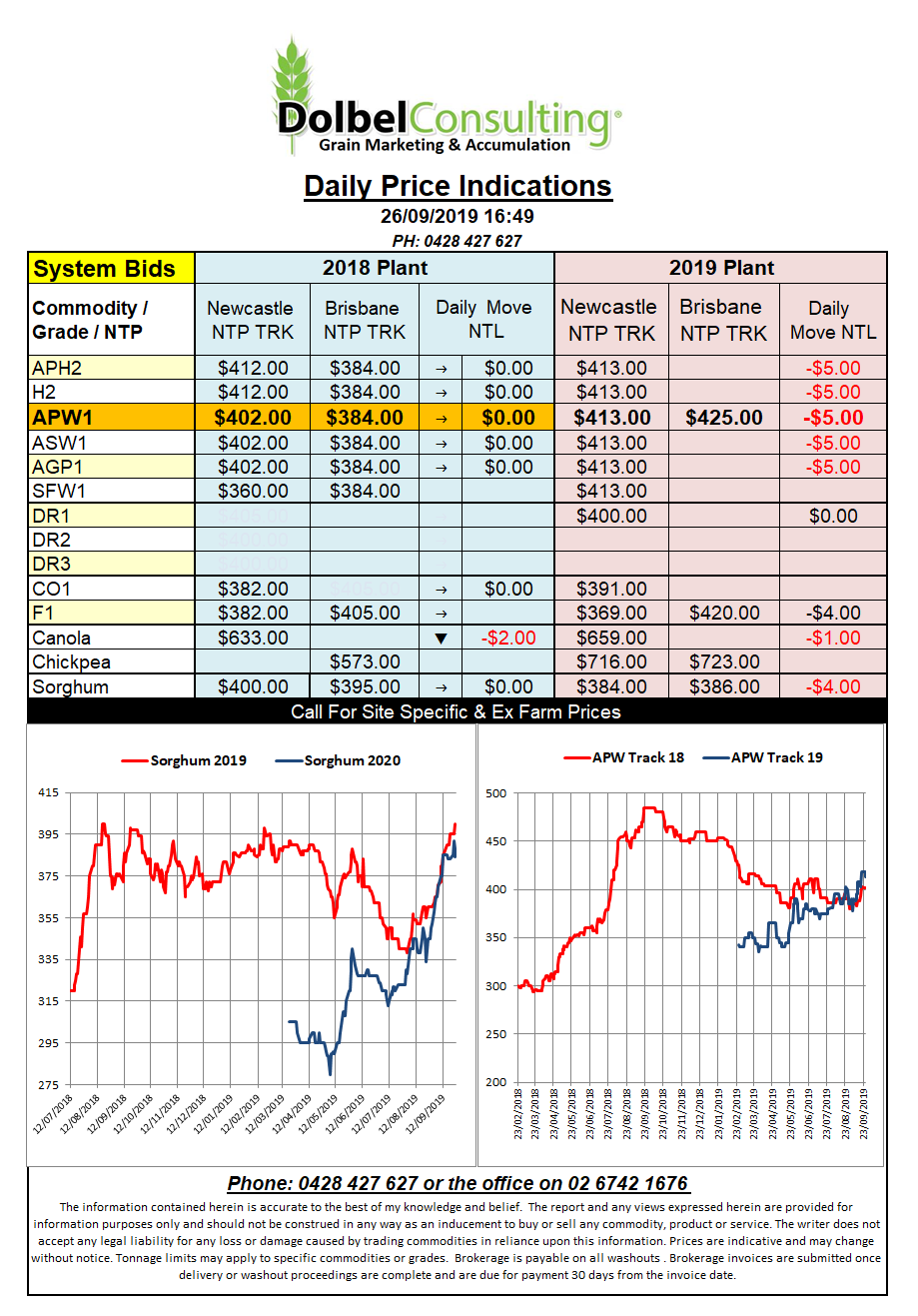 US hard red and soft red winter wheat futures continued to fall as they face stiff competition into the feed market from both US and Canadian spring wheat that has been downgraded in recent weeks and corn production that is a little better than expected. The wet harvest has spiked Minneapolis spring wheat futures, during September the December contract has gone from 496.75c/bu to 554.25c/bu, a move of 57.5c/bu (AUD$31.30) while soft wheat futures at Chicago have rallied just 14.75c/bu (AUD$8.00) for the same period. Aussie APW values have coincidentally also moved around AUD$33 higher during the same period.
Frost damage to the Western Australian wheat crop has seen Aussie wheat production estimates continue to fall. The combination of drought on the east coast and a dry finish and frosts on the west coast may see Aussie production slip below 16mt in 2020.
Australia is not the only producer having frost issues. Some analyst in Argentina recently reduced wheat production estimates on the back of frost damage and dry weather. After sowing 6.6mha Argentina was poised to produce a record wheat crop in 2020 but a tough September has put an end to that projection and official estimates are expected to tumble by 20% in coming weeks.

Egypt is expected to pick up their latest tender from the Black Sea region. Competition will come from the EU but Black Sea wheat is expected to be offered at about US$186 and having a slight freight advantage over French milling wheat at US$188 may see the EU product struggle to buy business but it will be close.