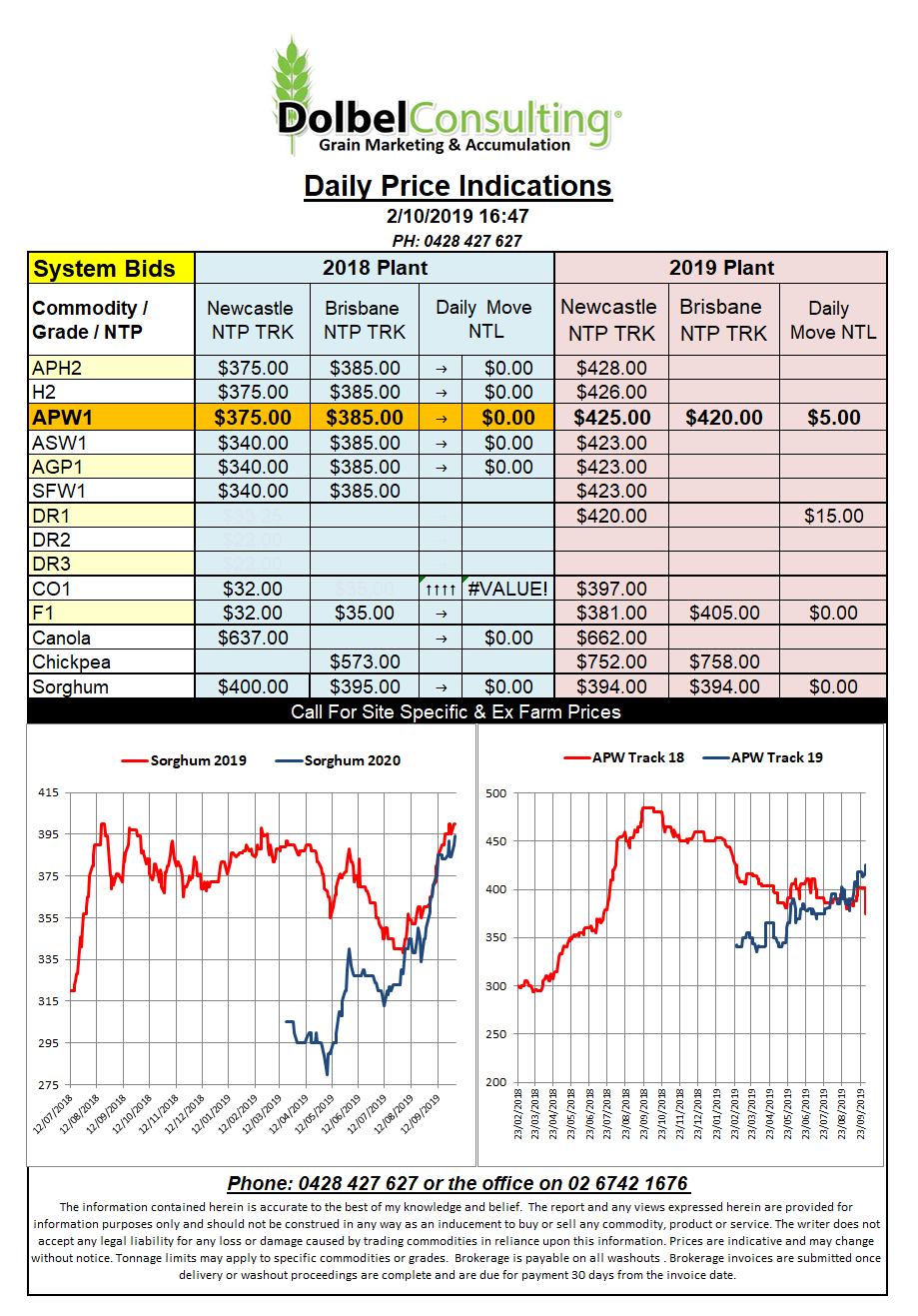 US corn futures continued higher after ending stocks were lower than expected on Mondays USDA report. The attention will now switch to the yield number in the October WASDE report due out on the 10th of October, next Thursday. Expect technical trade and positioning to dominate the week leading up to the report. Keep in mind corn futures at Chicago are now pretty much over bought.
A few reports put the move higher in corn down to spill over buying from the soybean pit. Beans continued higher last night on the back of the lower stocks number in the USDA report and talk of good volume US sales into China.

Turkey picked up 200kt of feed barley and 32kt of durum on Tuesday. The durum moved at an average price of US$302.90 CIF.
Canadian durum values continue to move higher while Canadian spring wheat cash bids fell away sharply yesterday. Durum was up C$3.50 for a December pick up to C$269.19 ex farm SW Saskatchewan. On the back of an envelope this would compare roughly to about AUD$420 NTP Newcastle. The Turkish number would come in closer to AUD$375 so we can only assume it was for a lesser grade than 1CWAD13.
Rainfall along the US / Canadian border continues to delay durum harvest in both Saskatchewan and parts of N.Dakota and Montana. The SW Saskatchewan  / Montana border area appear to be the wettest with 2″ – 4″ of rain falling in parts over the last 7 days. There has also been some snow across parts of Alberta where temperatures pushed as much as 4C below normal.