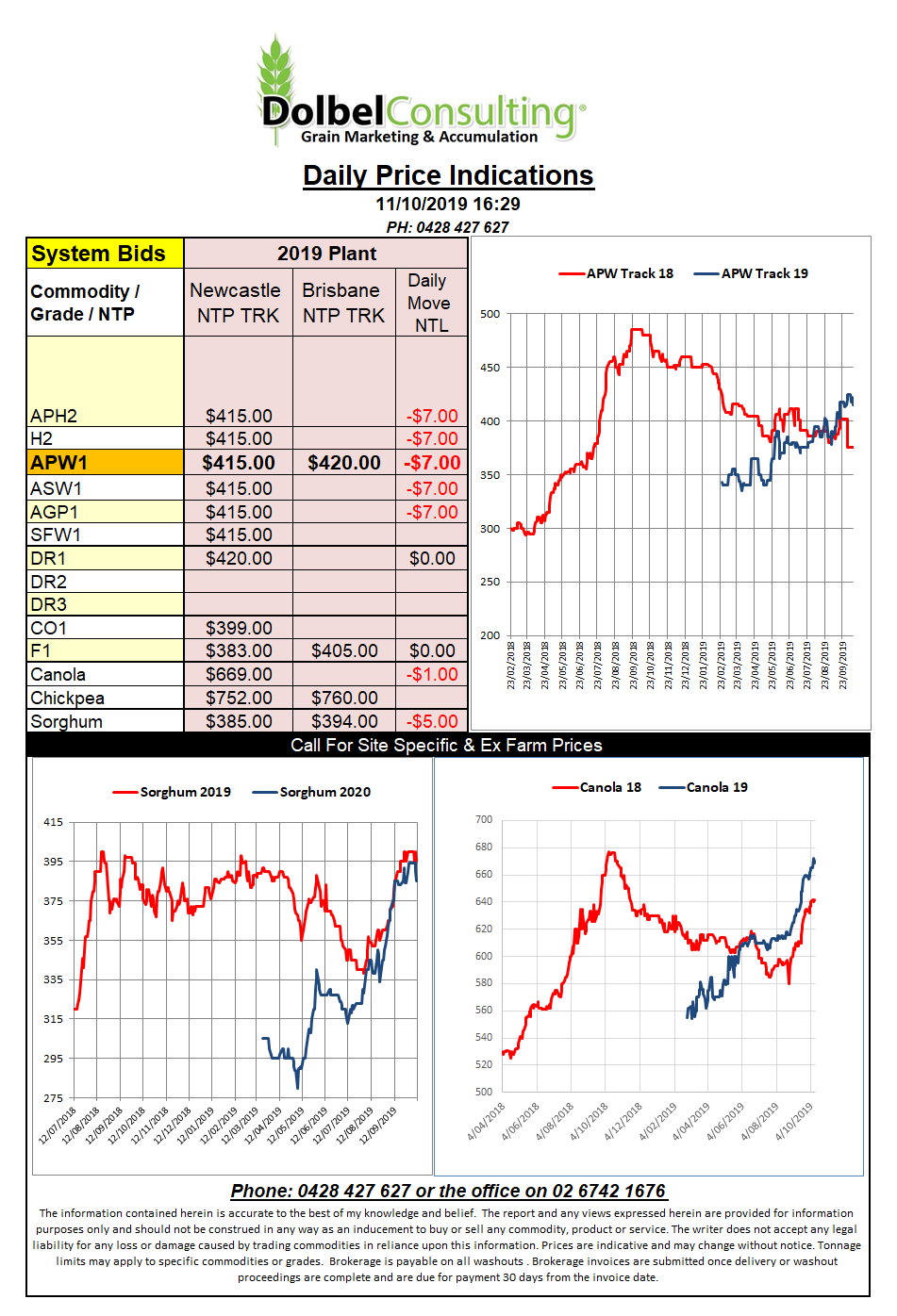 Corn futures lead the US markets lower after the USDA monthly World Ag Supply and Demand Estimates report disappointed the punters. US corn production was reduced a little but not as much as what the trade had expected to see. This does leave the door open for further adjustments next month once the current cold snap passes.
Wheat was caught up in the weakness in the corn pit as it has been all season. Soybeans were also slightly weaker, unable to trade higher on the back of their own fundamentals which did tend to look much better than those of corn.

A quick look at the numbers for wheat. The USDA reduced Aussie wheat 1mt from 19mt to 18mt, still probably 2mt higher than most punters in Australia are expecting to see now. Canadian production was also reduced 300kt to 33mt. With the finish the Canadians are having one might expect to see this slip a little more in next month’s report. The EU block was increased 1mt to 152mt, Russia was left unchanged at 72.5mt as was Ukraine at 28.7mt.
Aussie exports were reduced from 10.5mt to 9.5mt. That’s a totally unrealistic number given the current circumstances in Australia. Exports of that volume would leave a carryover amount just over 2mt once seed was taken into account. The USDA carry over for Australia is at 5.12mt, around 2mt higher than many private estimates from those on the ground.
The net result for world wheat carryover is 287.8mt, a month on month increase of 1.29mt………tell em they’re dreamin.