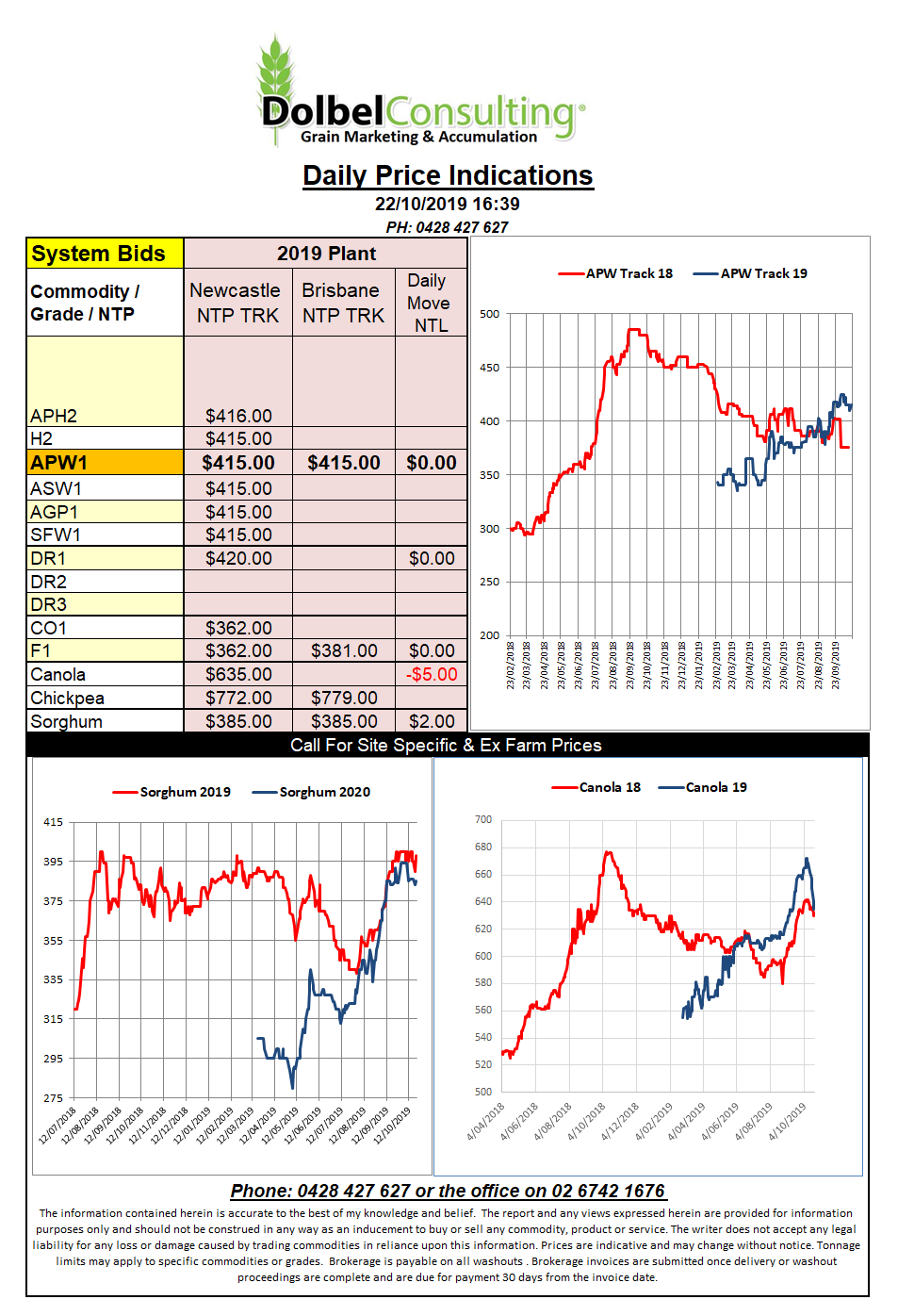 Saudi Arabia picked up 605kt of wheat in Fridays tender. The average price was said to be US$242.51 per tonne. Quality was asked at 12.5% milling wheat with a March / April ETA. Participants produced offers from the USA, EU, Black Sea, Argentina and Australia with the option of supply location resting with the seller. COFCO, Casillo, Holbud, Soufflet and Glencore were the major sellers. The most important part of the tender is the US$25 / tonne premium paid over their 780kt August purchase.
With US 12.5% milling wheat valued somewhere around US$215 FOB Gulf and freight to Saudi Arabia worth about US$30 it would place US wheat into that tender somewhere around US$245, it’s close but it’s probably still too expensive. Probably depends on how much grease can be applied to the wheel.
With Australian wheat offered at US$244 for APW1 off the west coast than there is little chance Aussie wheat will make an appearance. This leaves basically Black Sea wheat and EU wheat to fill the slots.

Algeria also announced a tender for at least 50kt. Normally a 50kt tender won’t rate much of a mention but Algeria have been known to buy over half a million tonnes against a min 50kt tender in the past. Annual import demand for wheat is around 7mt. As a rule France will pick up the lion’s share of Algerian wheat business but Black Sea wheat is allowed in the mix just to make things interesting now.