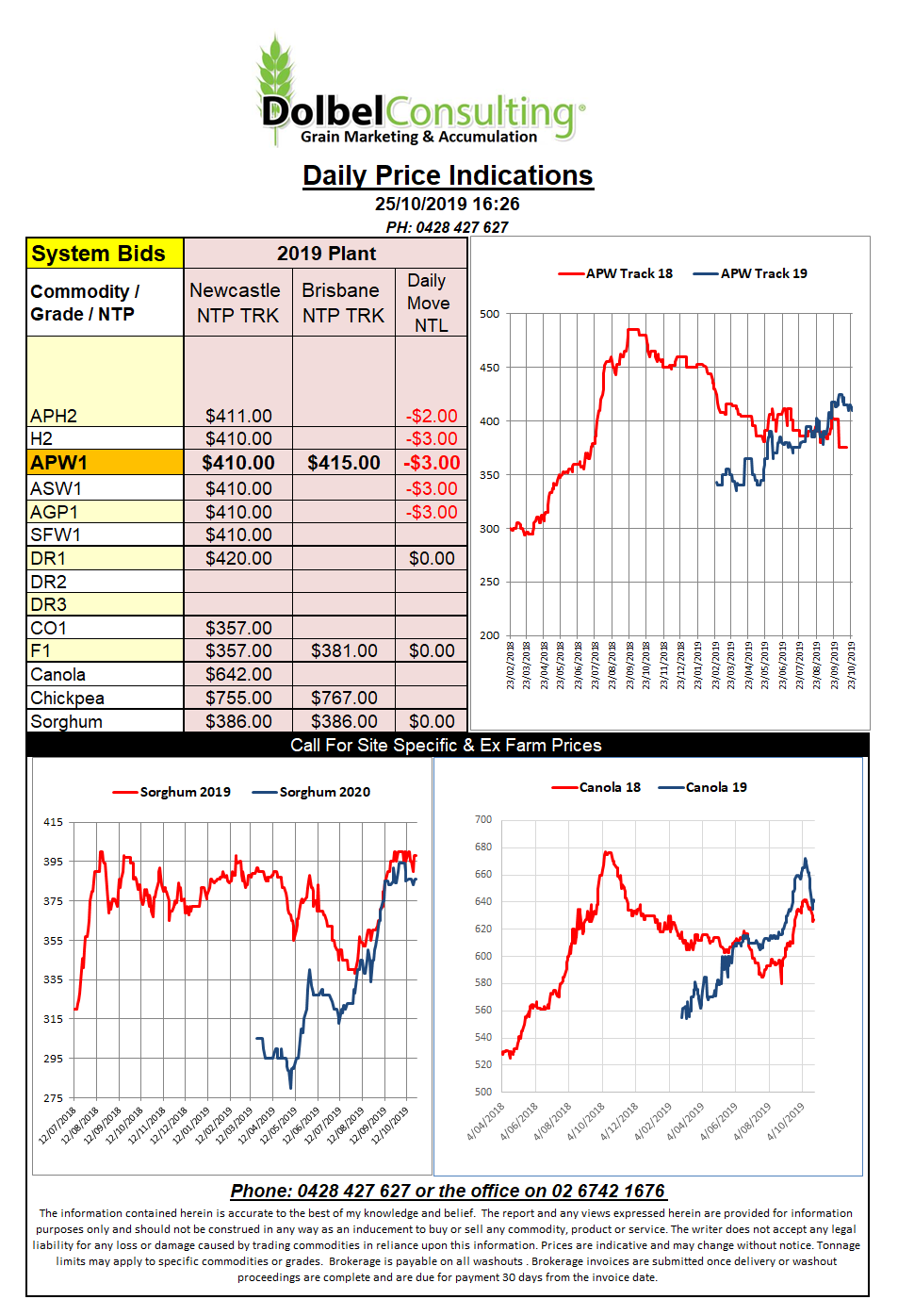 US grain futures were generally weaker overnight with corn and soybeans holding on a little better than wheat. The trade saw the US weekly sales data as poor and pruned prices accordingly.
Weekly US wheat sales were down 34% week on week at 262kt. Corn saw weekly US sales of just 491kt, although higher than last week the number was still considered low. Soybeans were well below expectation at just 475kt.

The International Grains Council have pulled back world wheat production in their latest stab in the dark. The net result still shows carryover stocks at 271mt, down just 1mt on last month’s estimate. Reductions in supply were due to dry conditions in both Australia and Argentina.

A drier week across much of Saskatchewan has seen good progress made in the spring wheat and durum crops. Harvest is generally pegged at between 80% and 90% complete across the durum belt now. Reports of severe weather damage and sprouting in the late wheat remains common.
1CWAD13 durum values in SW Saskatchewan remain steady at just under C$270 per tonne ex farm. On the back of an envelope this compares to an Aussie delivered port number of roughly $430 now.