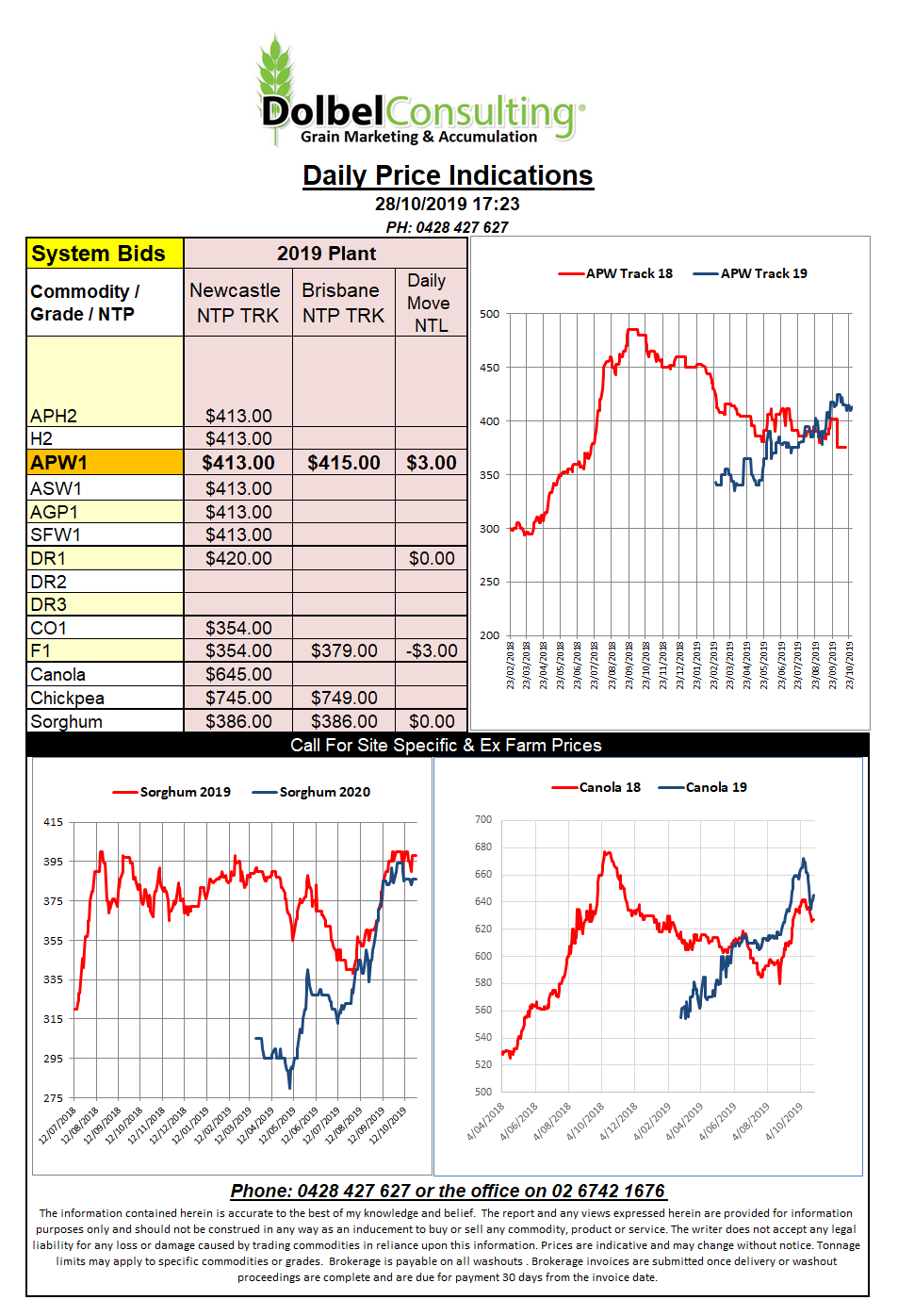 US grain futures came under pressure from spill over selling in the Chicago soybean pit. The old saying “bulls need feeding every day” rang true for soybean punters overnight. The lack of fresh news from the US/China trade talks and poor weekly export sales numbers for the US was all the market needed to push lower. Technically the market is approaching neutral, probably about where it would like to be leading into the next USDA WASDE report due out Nov 10th.
ICE canola futures did get a little caught up in the selloff in soybeans, slipping a little but Paris rapeseed futures managed to close higher, up E0.75 by the close.
One might expect that spring wheat futures would be the grade seeing the upside in the USA given the issues being experienced in Australia at present but this was not the case. Most of the punters agree that the USDA and IGC estimates for Aussie wheat are a bit ambitious now. Aussie based analyst are starting to converge on a number much closer to 15.5mt +/- 500kt.
Estimates for Argentina are also slipping, most punters now expect to see production there below 20mt, some even lower than 19mt. Although this is well off estimates back in June it is still a substantial crop for Argentina.
Australia sold 165kt of feed (ASW) wheat to the Philippines overnight. Values were said to have been around US$250 CFR which works with current cash bid currently available out of Western Australia. East coast demand may well taper off a little early next year as persisting drought and the cost of feeding cattle is expected to see slaughter rates increase again.