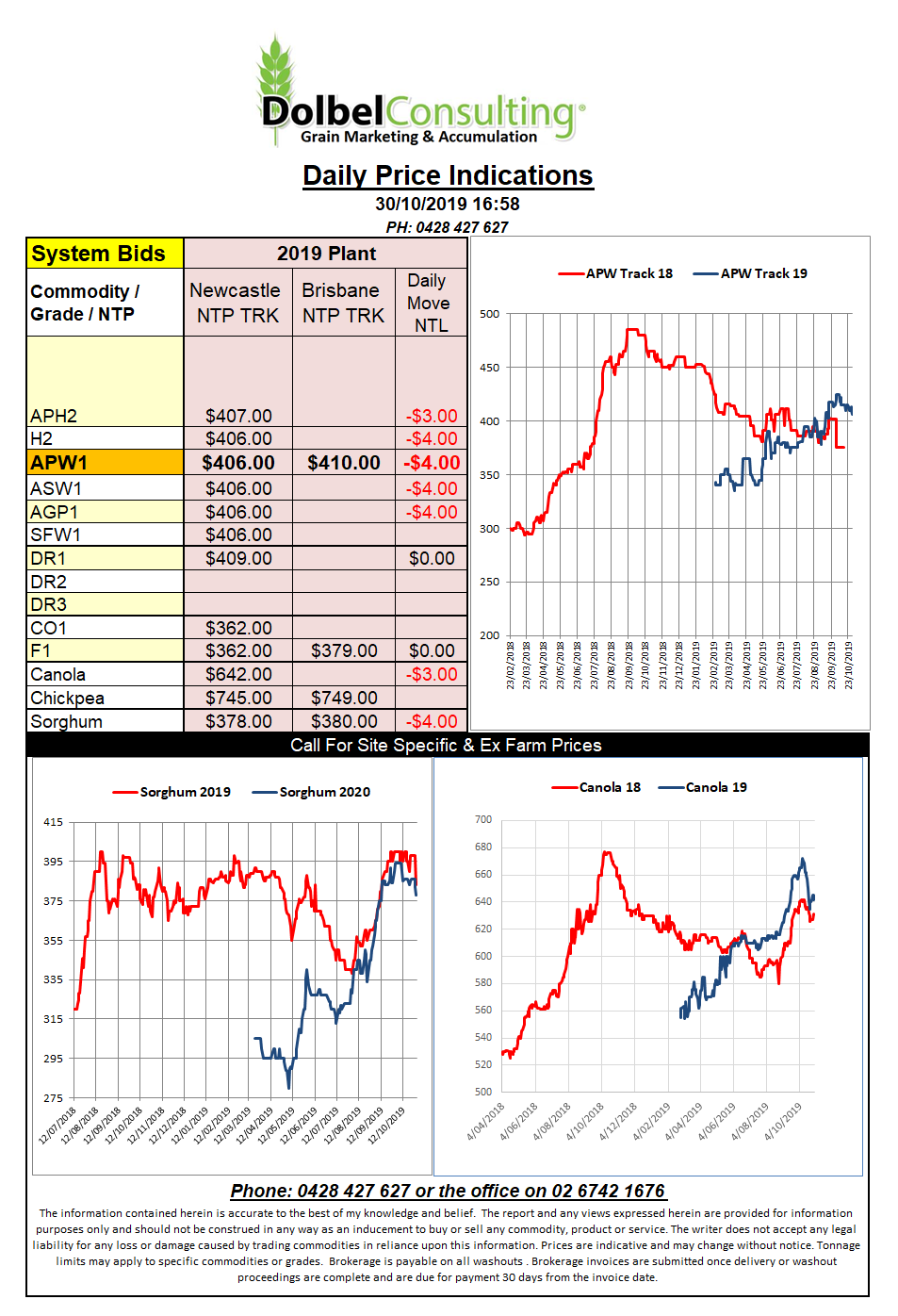 More technical selling in the US grains futures market left the complex either side of unchanged with no one commodity, or in the case of wheat no one grade, making a significant move one way of the other.
With the northern hemisphere slipping into the winter and most locations seeing good progress in winter crop sowing the markets now become more focused on the demand side of the equation.
US wheat has been a little over priced into the larger consumers but the ongoing drought in Australia has allowed both Canada and the USA to pick up tonnes into Asia they may not usually expect to sell.
Other than the demand side the only real unexpected influence we might see could come from the November USDA report. Many producers were re-surveyed after the snow storm a couple of weeks back and with another storm due this week there may be some reductions to spring wheat, soybean and corn numbers in the report due out on the 10th.
Egypt picked up 60kt of French wheat off Glencore overnight. The French wheat was the cheapest at an FOB level and priced at US$214.86 per tonne. GASC also picked up another 115kt of Ukraine wheat and 60kt of Romanian wheat in the tender. The level paid is around US$5 more than their previous tender.
After failing to buy wheat in tender a week or so back Jordan did pick up 60kt of wheat overnight. Values were said to have been much higher than previous purchases.