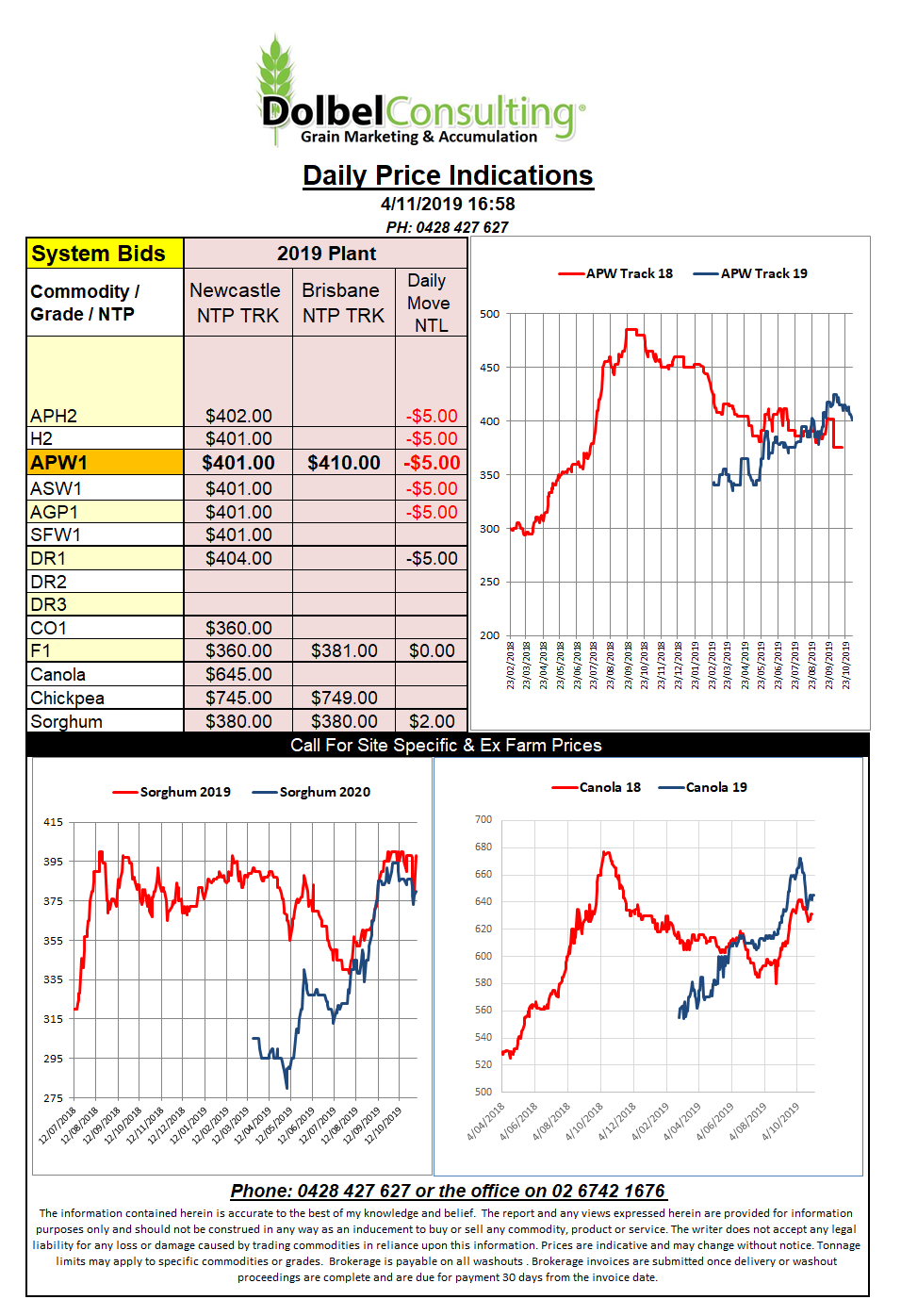 In the USA wheat and soybean futures were firmer while corn slipped a little. There are pictures emerging of shrivelled soybean seedlings in Paraguay where drought conditions are really hurting some areas. The highly productive NW regions of Paraguay have seen temperatures into the high 30’s with little rain in the last 30 days. The 14 day rainfall anomaly for the area shows just 20% of normal rainfall has fallen in the last two weeks, a crucial period for the young crop.
Much of the wheat belt in Argentina had a dry finish only to see showers active this week, just as headers roll out of the shed. Does this sound familiar. Falls have not been excessive though with just a few SW of Rosario seeing in excess of 50mm.

The move higher in US soft red wheat futures at Chicago was said to be mostly technical buying. The December stochastic does show wheat is a little over sold at present. It’s likely that this market will generally trend sideway into the November WASDE report. A quick look at managed money in the US futures market also confirms that wheat is pretty neutral with the funds long less than 1mt. In the corn pit managed money has built a massive short of over 85,000 contracts (10.6mt). Interestingly soybean also show managed money is pretty long. I guess they continue to wait for the US/ China trade deal. In years where we see a June spike in managed money buying wheat it is not uncommon for the funds to sell wheat hard during the last quarter of the year.
Things to watch next week include the lower Russian Rubble and the impact that will have on Black Sea wheat offer values to Asia.