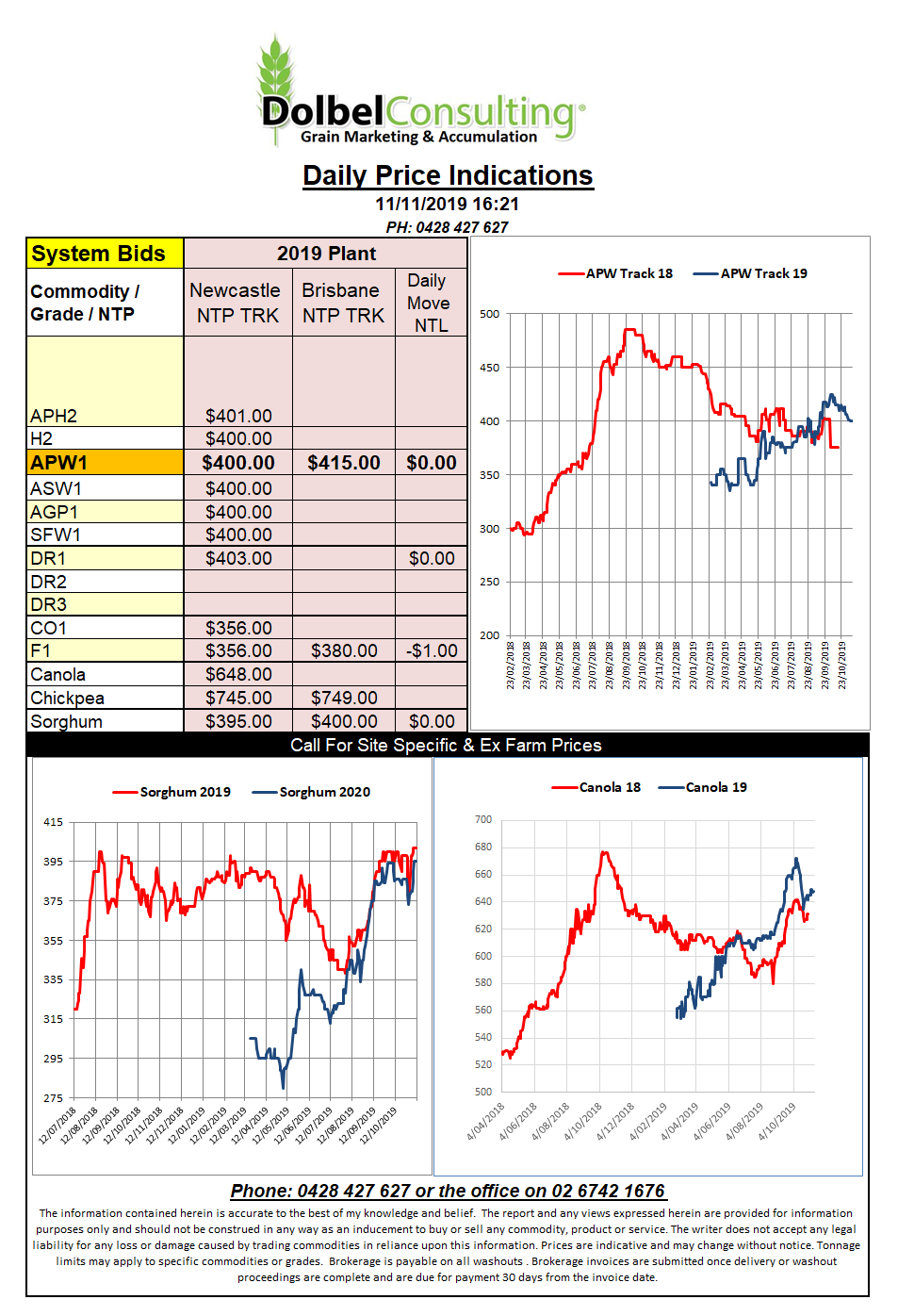 Looking towards the northern hemisphere new crop wheat sowings we see the US continues to stumble through an early winter which is hampering the harvest of summer crops and the sowing of the last of the winter wheat. In Europe the last 14 days has seen parts of France receive up to 400% of normal rainfall thus winter crop sowing is also being delayed there. Meanwhile dry weather hinders Russian sowing.