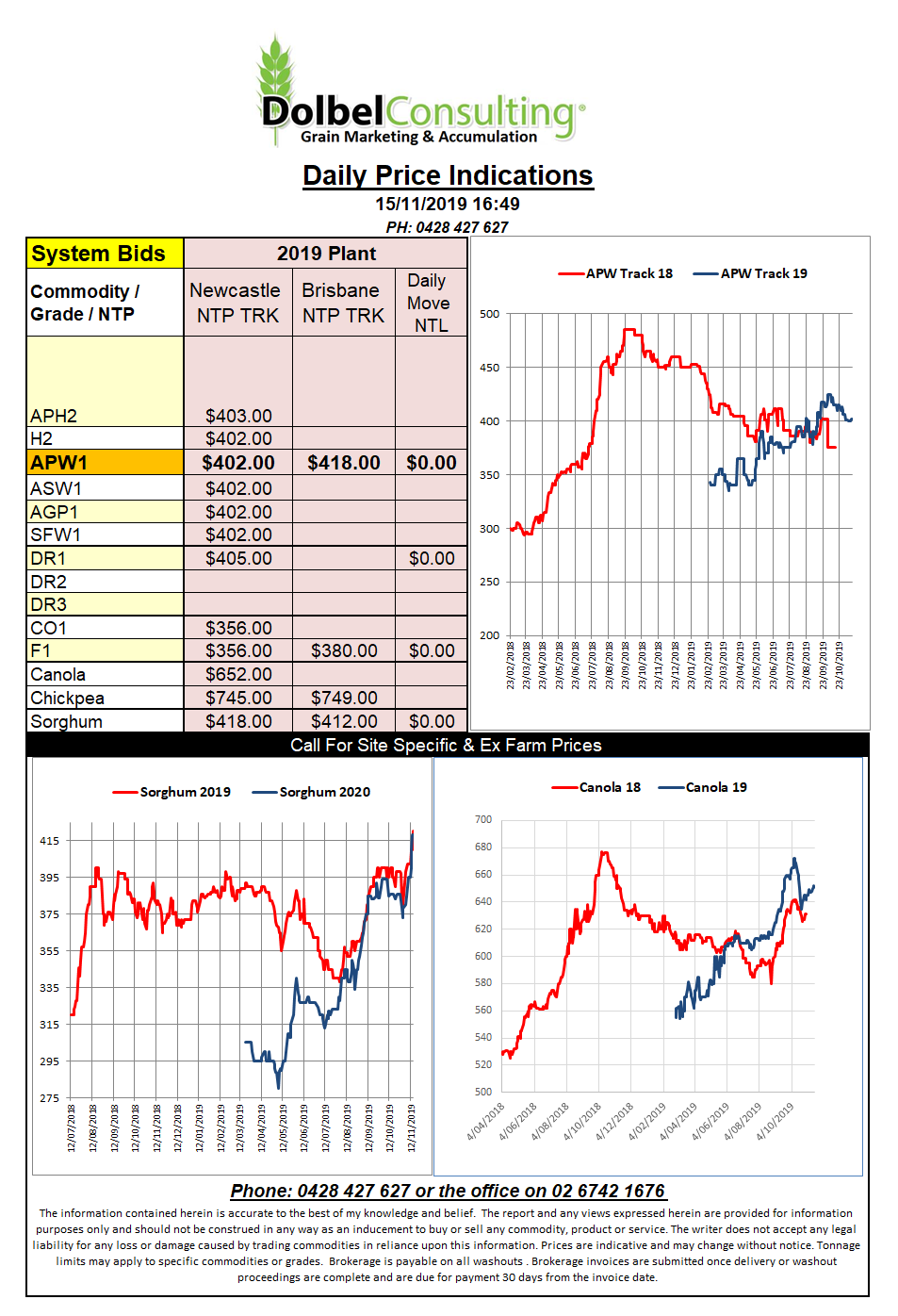 It’s all about the Aussie dollar this morning. Slipping 1% against many of the majors yesterday it may see some upward pressure on commodity values out of Australia this morning. The unemployment rate increased to 5.3% after the biggest monthly drop in available jobs in 3 years. There was also talk about quantative easing. This gave the share market a little life but basically just confirmed what the majority of Australians have been living through for a couple of years now, things are pretty tough.

The move in the dollar was worth about $2.00 to wheat and $3.50 for canola. There’s a pretty good chance east coast values will remain unchanged but we may see some movement in WA offers depending on the impact the news will have on ocean rates.

Egypt picked up 465kt of Black Sea wheat overnight at values a smidge less than their last purchase price. This isn’t helping US values look any more competitive into that region. Looking at the US export destinations it does tend to show they are doing OK supplying Asia and S.America at present though.
Ukraine has announced fewer wheat acres are likely for 2020 with a 3.3% reduction to 14.579 million acres. Argentina also joined the list of downgrades stating that fusarium is also a problem in some fields producing lower yields than expected. Production estimates slipped back to roughly 18.9mt.