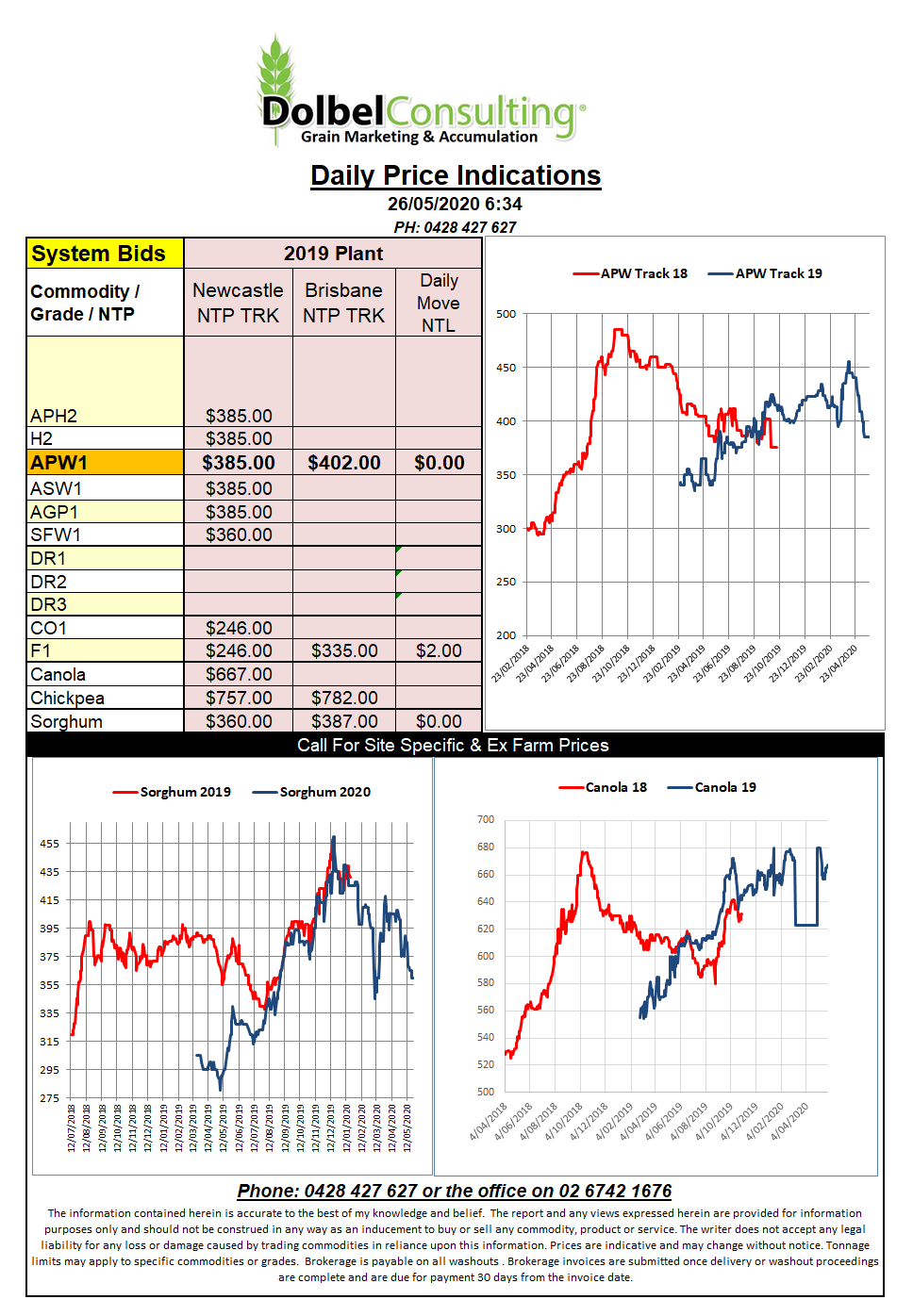 The US Wheat Quality Council done their annual crop tour of Kansas this week with 75 scouts walking through fields in an attempt to come up with a Kansas wheat production number. Average yields were pegged at 47.2 bushels / acre, 3.17t/ha to you and me. This may sound a little light but is well above last year’s 2.56t/ha. The tour confirmed harvest is about 6 – 8 weeks out and frost damage is not as bad as initially expected.
Durum wheat values were pressured by weaker bread wheat numbers out of the United States and Canada. Although fundamentally strong durum is struggling to move higher as world wheat values are still trending lower.
In SW Saskatchewan cash bids for 1CWRS13.5, basically their Prime Hard wheat, were at C$238.81 ex farm. A back of an envelope calculation would make that worth roughly AUD$352 NTP Newcastle, which is telling us that the current APH spread is pretty crap. With APH currently bid at just AUD$315 less rail but the reality is that a fixed grade APH bid would probably be closer to $335 less rail, still below the Canadian comparison though. Let those multigrade spreads remain unfixed.
Looking at Durum values out of SW Saskatchewan we see they would convert to an Aussie port number closer to AUD$421 if sold into the Mediterranean. Local cash bids for DR1 are steady at about AUD$425 less rail, so actually on par when benchmarked against Canadian 1CWAD13 into Morocco. Looking at cash canola out of Canada for January we see it convert back to a port value Australia, if moving to the European market, of AUD$607 NTP NTL. Current Aussie cash bids at the port are there at AUD$603, so bang on it.