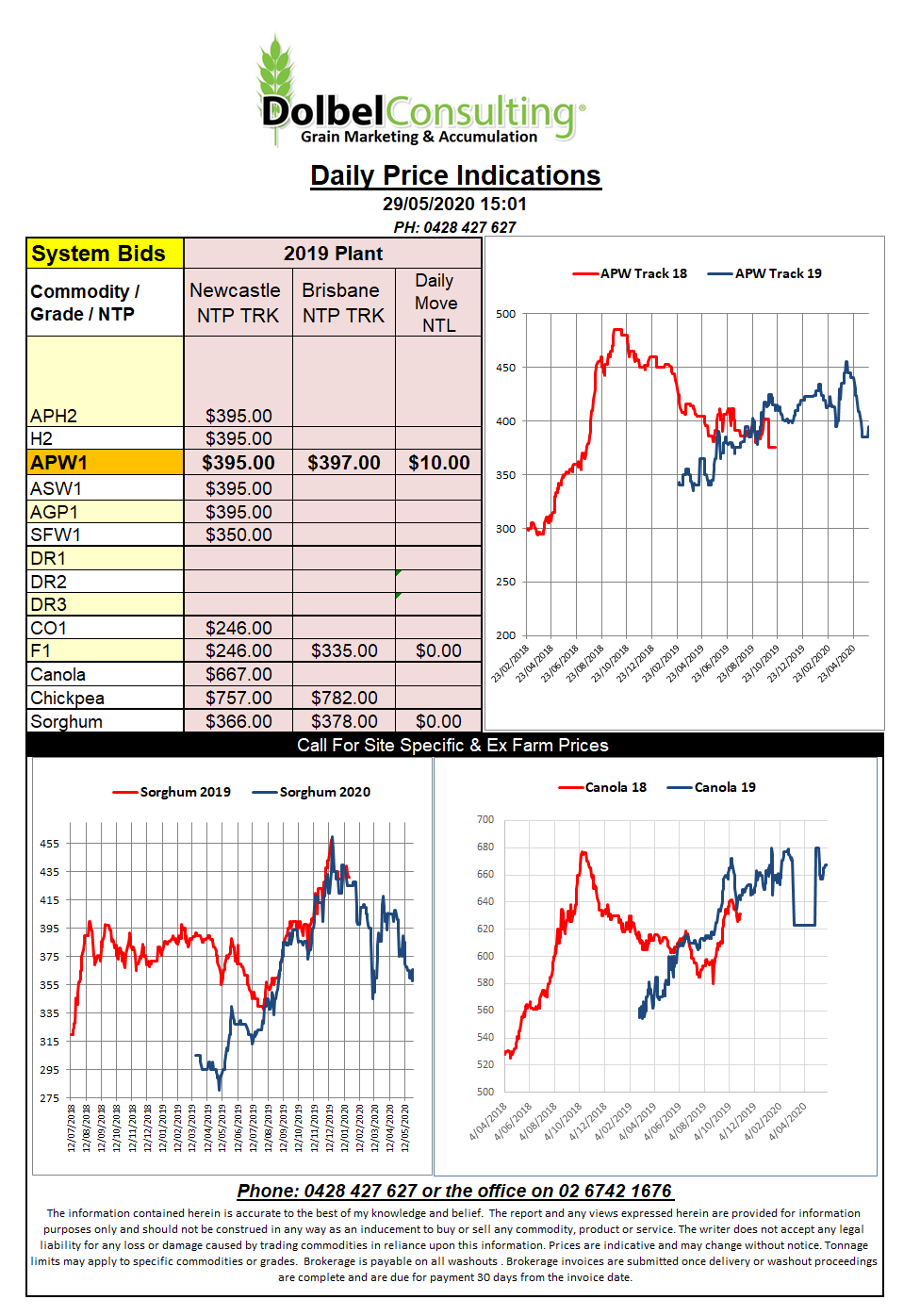 With the closure of the Chinese market for Australian barley exporters will need to look at other markets like the EU, Asia and the Middle East / N.Africa. The flip side for other exporters is a simple question of whether or not China will look to continue to import the same volume of barley just from another supplier or will China look to displace feed barley with other feed grains like sorghum or corn.
The USDA are of the opinion that China will use this to import volumes of corn and sorghum from the US, volumes that are part of the trade deal done earlier in the year. This does open the door for a supplier of malt barley though, good luck Canada.
With the feed barley volume displaced expected to go back into world stocks it continues to paint a bleak international picture for barley prices. So it appears the winner of the Chinese ban on Australian barley may not be China at all but other Asian buyers, even India has said they would be interested in 500kt, now there’s a great counterparty, talk about out of the frying pan and into the fire.

It looked like a buy wheat / sell soybeans kind of session at Chicago. With ethanol production starting to ramp back up in the USA corn futures lead the market higher. The IGC’s monthly stab at a world S&D saw increased volume in both the supply and consumption columns for corn leaving lower ending stocks. The US markets ignored the IGC data on wheat which saw production and stocks increased. Instead spill over buying from the corn pit saw healthy gains in most wheat contracts. The European Wheat commission pulled back EU soft wheat production estimate to just over 121.4mt, add this to an expected reduction in Ukraine and the market began to look a little healthier.