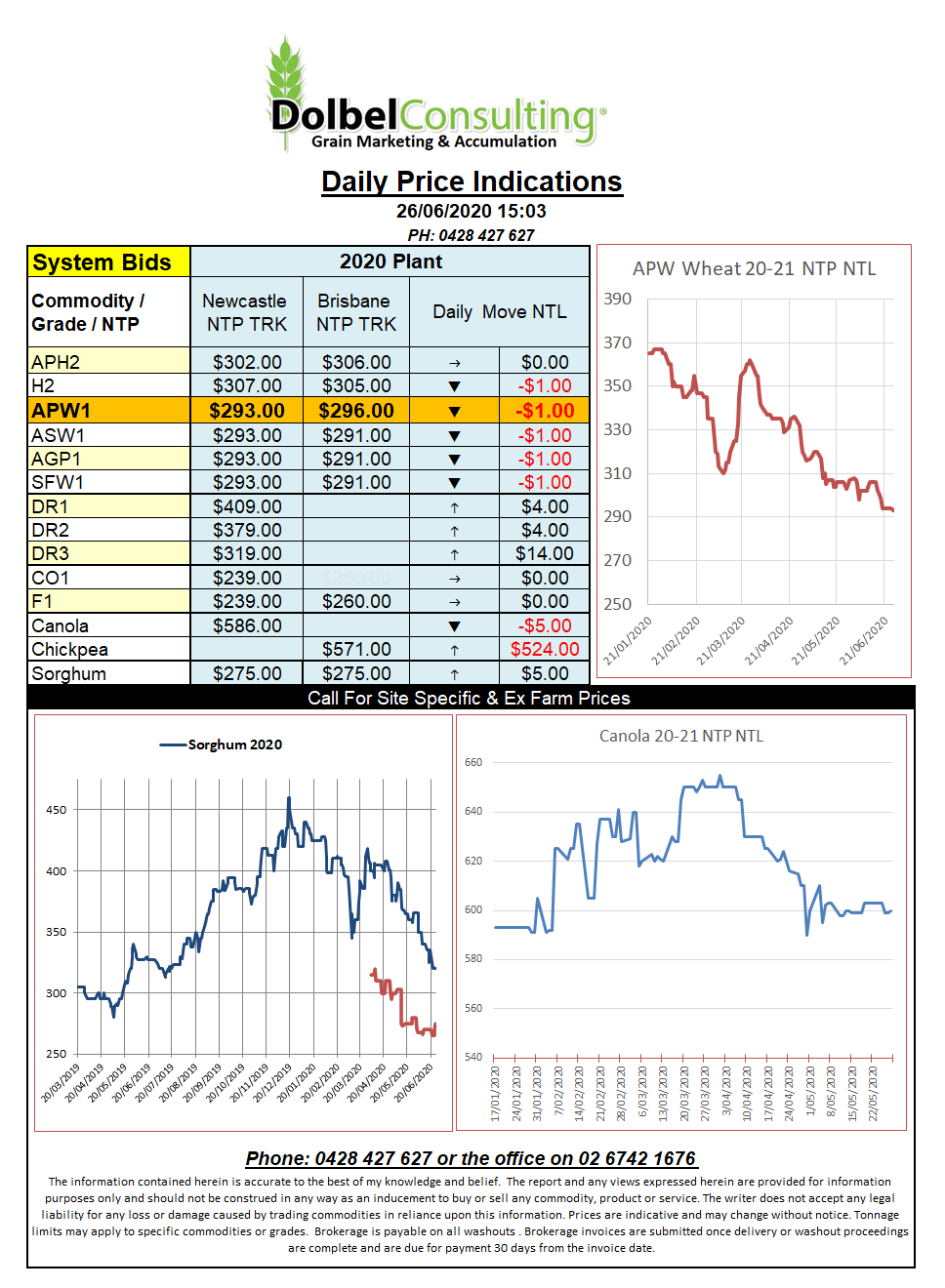 Corn was sold hard in overnight trade in the US. The Chicago market shed 7c/bu on the nearby contract closing at just 317c/bu. It has been lower than this a number of times during April and May this year but prior to 2020 you need to look back to August or September 2016 where is closed below this level a few times and then prior to that way back to 2009. It breached 300c a bushel once back in December 2008. Other than those few dates we need to go back to 2006 when a dismal year saw it between 200 – 300c / bu for much of 2005-06.
The lack of any further big sales to China and poor weekly export sales was the catalyst for the sell off, the crop is looking good in the US and without further substantial sales stocks will become a major issue going forward into 2021.
Wheat and soybeans were caught up in the sell-off in the corn pit, soft red winter wheat did manage to recover nearby but the outer month contracts were lower. Hard and spring wheat contracts were both lower by the close.
Across the border in Canada cash bids for spring wheat in SW Saskatchewan were lower on the day with a December slot falling away C$1.44 per tonne. Durum values out of SW Sask remained flat with the nearby months just a smidge firmer.

ICE canola futures and Paris rapeseed futures both closed lower, Canadian cash bids were also lower. We could see around $4.00 off local values today if we were to reflect moves in world markets. With basis still at more than $80 over ICE it is unlikely local cash bids for new crop canola will not go lower. The AUD was up 0.25%. It’s Friday, expect to see weaker new crop bids across the board today, bar durum.