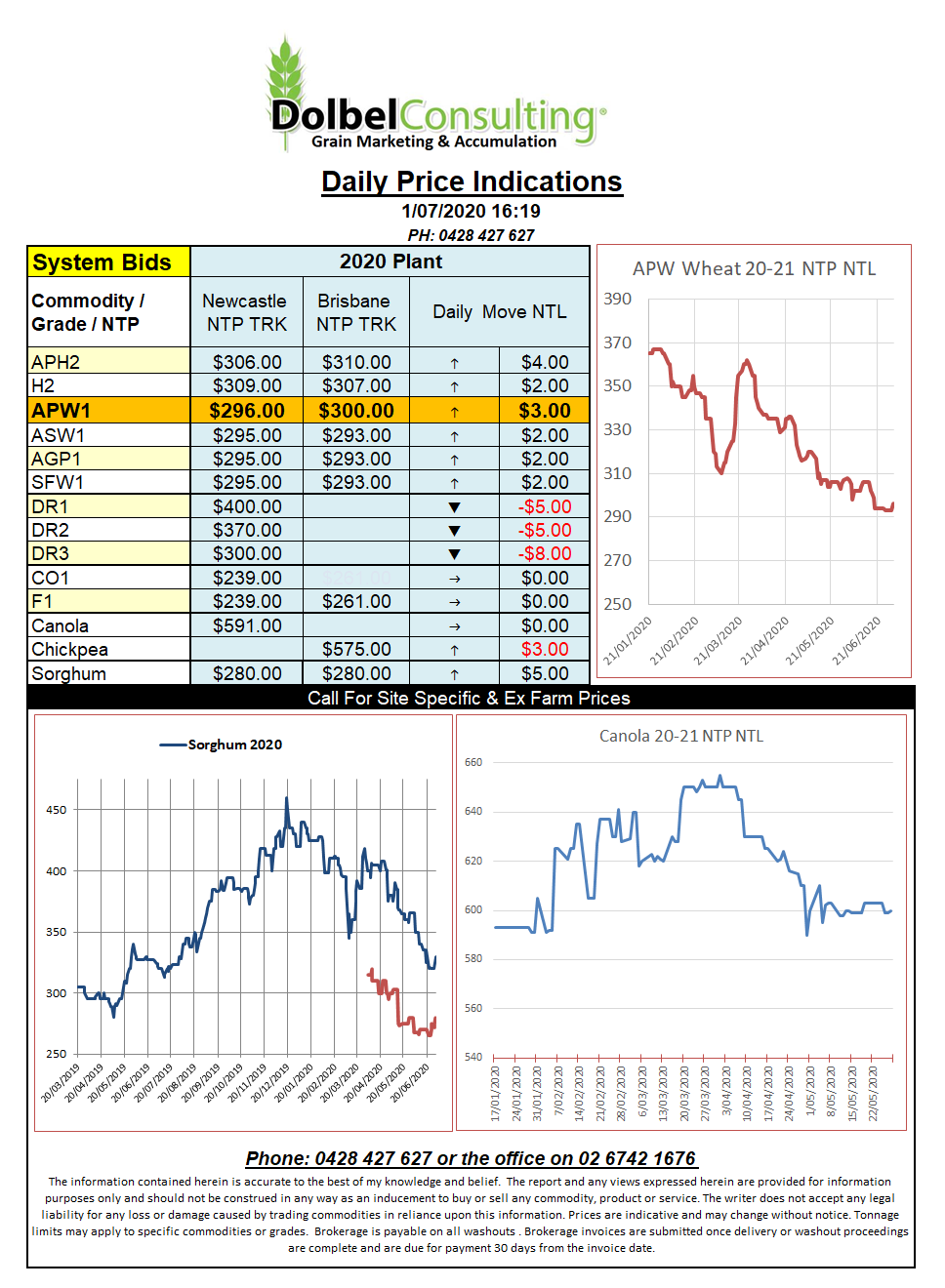 It was all about the US quarterly stocks report last night. Corn and soybean area was reduced thus stocks month on month came in much lower than the lower trade estimates prior to the report’s release. The funds, which had been big sellers over the last couple of weeks, turned into buyers with big volume in corn, wheat and soybeans booked as stop loss orders were triggered.
The USDA estimated US corn acres at 92.006 million acres. The average trade guess was around 2 million acres more than this, maybe they forgot this data is already 30 days old and on the 1st of June corn planting was only estimated at 93%. At the end of the day it’s probably more to do with harvested acres and the USDA expect around 84.023 million acres to be stripped, well above last year’s total.

US soybean data was also bullish leading to some upside in outer month ICE canola futures and Paris rapeseed futures.
The strength in both the corn and soybean pit at Chicago lead wheat futures higher. Wheat had its own bullish data too with US all wheat acres pegged at 44.25 million acres, down about 500kac on the average trade estimate and about 350kac below the USDA March estimate.

As if the trade problems between Australia and China aren’t enough to make you want to spray barley out, we now see Canada confirming its largest barley plant since 2009. Canada are in the box seat to supply China what they usually buy from Australia ……. at the moment. Global barley stocks are expected to climb to 23mt, the highest level since 2015/16.