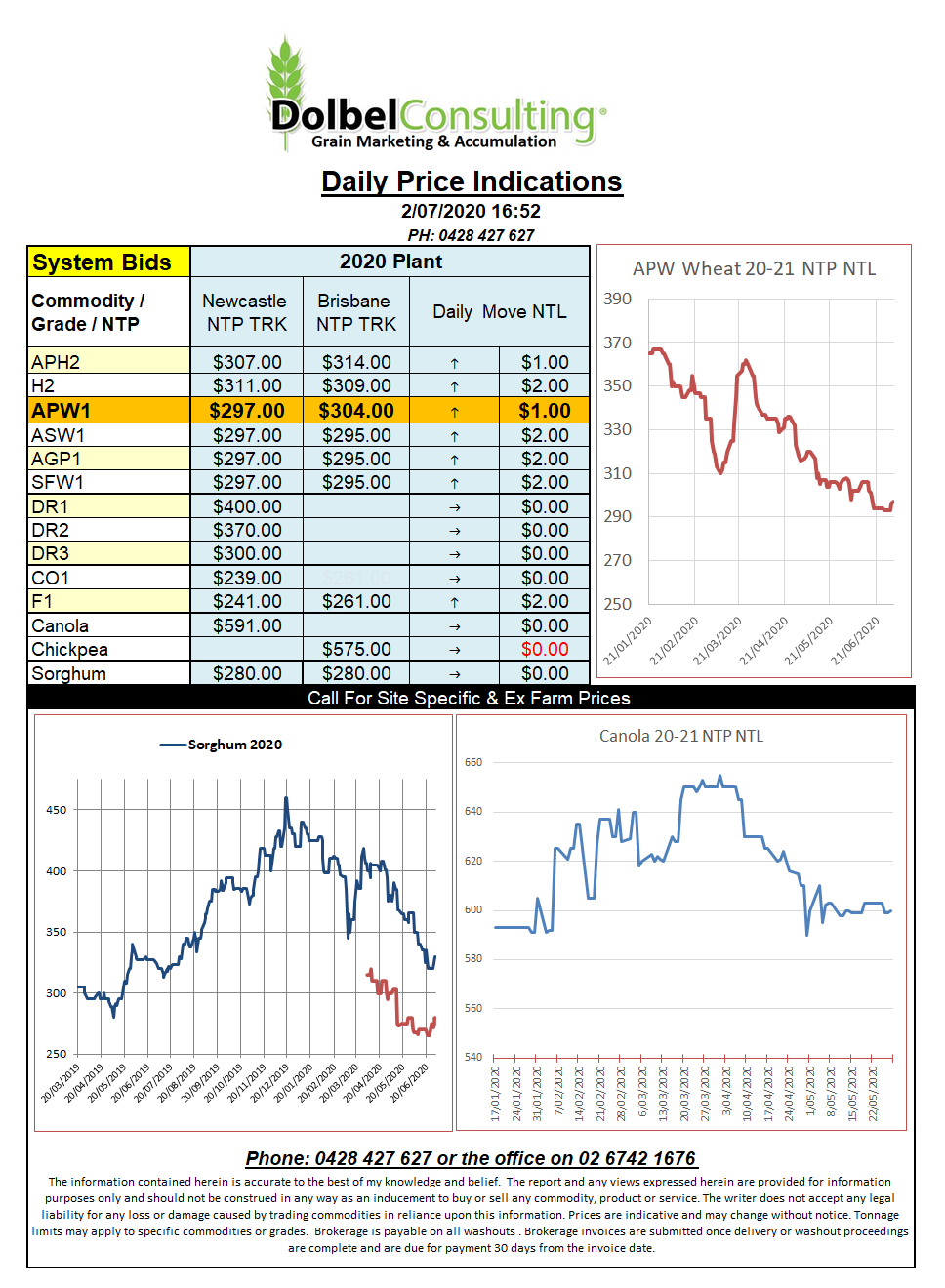 Happy Canada Day, Canada. No ICE canola numbers this morning. PDQ notes some cash prices for SW Saskatchewan though. Spring wheat was a little softer in line with losses on the Minneapolis contract in the states, I’m still struggling to understand why that contract is falling and not moving higher. There were some good storms across western N.Dakota but the majority of eastern Montana and much of the southern parts of Saskatchewan missed out. Take a close look at next week’s crop progress report.
Durum bids in SW Saskatchewan were flat while cash bids for canola in the November slot were higher by C$7.80 per tonne. So keep an eye on the ICE market when it opens again tomorrow. Soybeans at Chicago were the main influence on cash canola with the January 21 contract moving 18.75c/bu higher to close at 903.5c/bu. Chicago corn also found plenty of support resulting in another jump higher. Cash basis for corn across the US mid-west was generally flat to lower, which indicates that the traders are probably thinking that the futures punters can have any further upside to themselves. We will need to see what tonight’s US export numbers are like to talk this market up any higher.
Thailand picked up 170kt of feed wheat on an optional origin basis and 50kt of feed barley from Australia overnight. The wheat, due to be shipped in August > October was said to be worth between US$215.50 to US$219 C&F.
Initial harvest results out of Rostov Russia are mixed, last year the area average 3.6t/ha, reports this year vary from 2.5t/ha to 4t/ha. Dry weather in Russia over the next couple of weeks should aid winter wheat harvest but is likely to prune spring wheat estimates further.