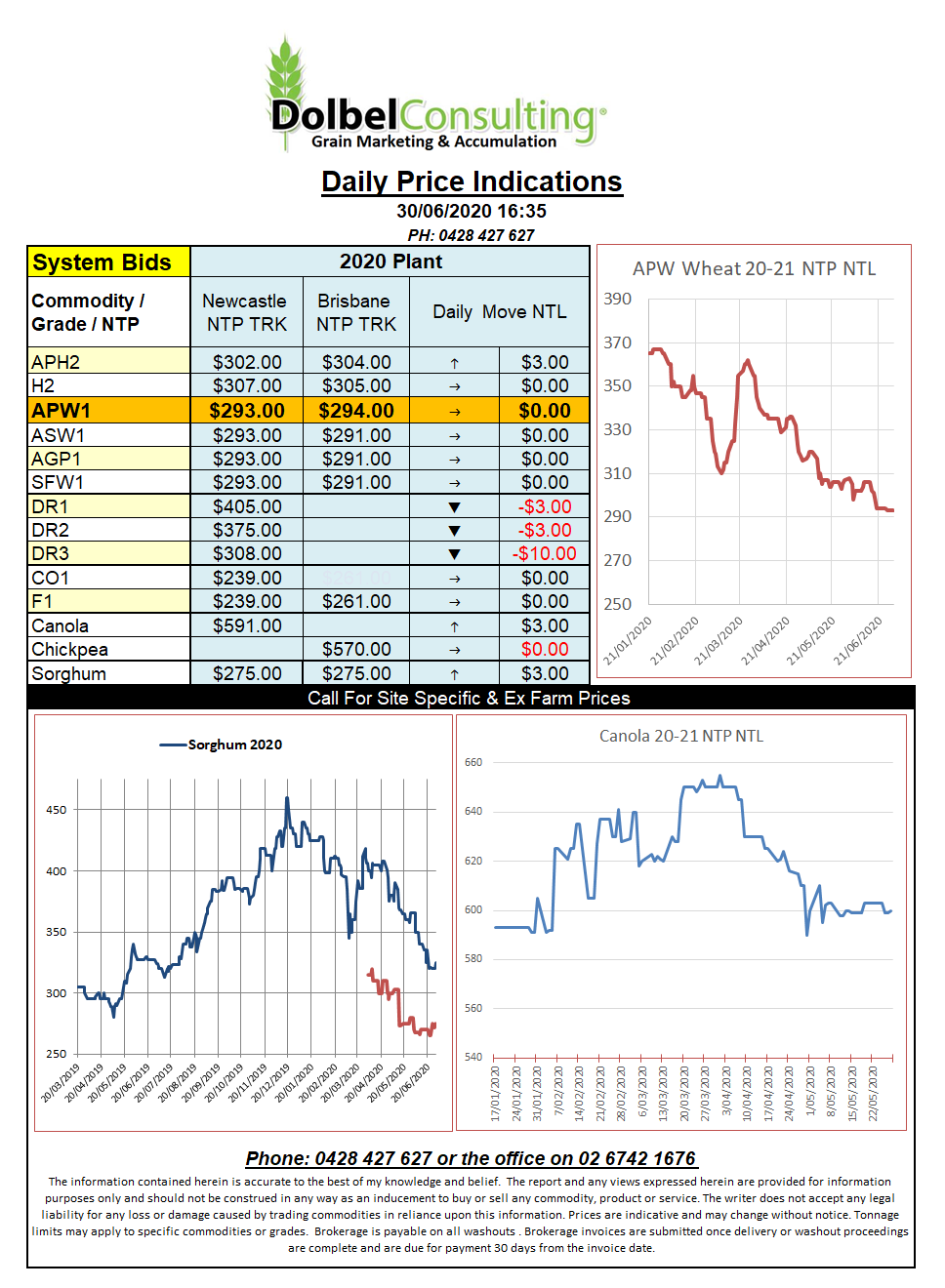 Corn futures at Chicago found some support around speculation on the up-coming quarterly stocks report. The usual rumour, talk of further Chinese corn purchases, was also pushed about to create more interest. Corn was also aided by increases in the energy market with oil, gasoline and diesel moving higher. Weekly US corn export inspections were solid at 1.23mt. The weekly crop progress report, out after the close, confirmed the trades guess that the conditions rating for corn in the US would creep higher, the G/E rating moving to 74%. Iowa is now rated at 85% Good to Excellent.
The strength in the corn market at Chicago dragged wheat higher, it must have been like dragging a dead body up a flight of stairs. Fundamentals are relatively weak for winter wheat apart from some speculation that US stocks may come in a little lower than expected in the quarterly stocks report. Weekly US export inspections were back a bit and winter wheat harvest is pegged at 41% done, Kansas 47% in the bin. The weekly winter wheat condition rating remained steady at 52% G/E.
Spring wheat was lower on the nearby but found a little support for the new crop months. Stats Canada came out with a wheat area estimate of 24.971 million acres, +1.5% bigger than last year. The spring wheat market simply isn’t responding to the declining condition of the crop. Maybe tonight after the punters see the decline in weekly ratings for spring wheat in the USA they’ll take more notice. Last week the G/E rating was at 75%, this week it’s back to 69%, a 6% decline in one week is significant but overall a 69% rating is still pretty good. In SW-Saskatchewan cash bids for spring wheat were a little firmer while the big mover was canola, cash bids up C$5.10.