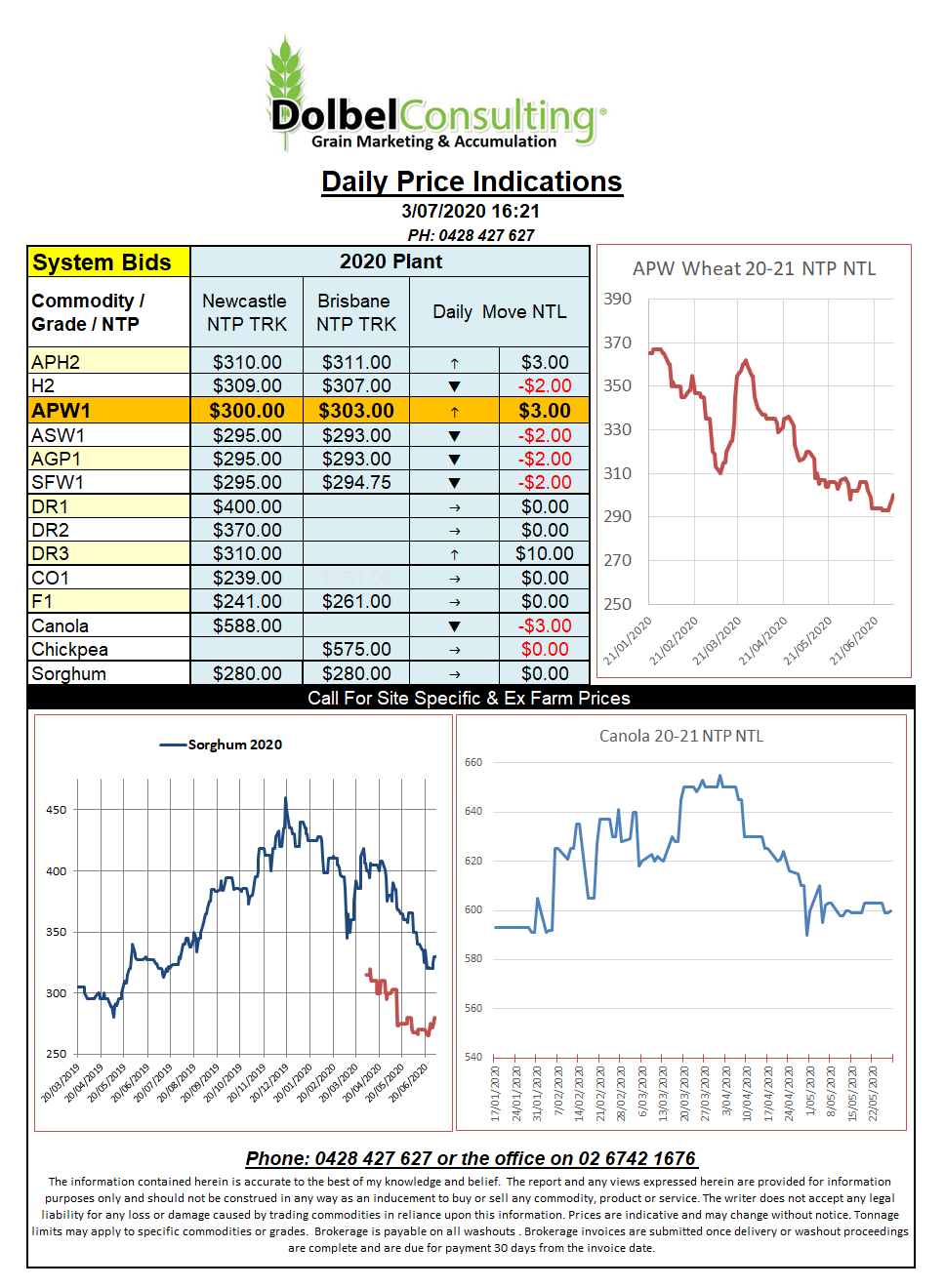 Profit taking dominated the US futures session with corn and wheat sliding substantially. Soybeans found some support from export sales over 860kt, China making up about 593kt of the total. ICE canola and Paris rapeseed futures were mixed. ICE canola was generally lower for the old crop but either side of unchanged for the new crop. Paris rapeseed was a touch firmer across the board.
Weekly US corn export sales were bang in the middle of the trade estimate but profit taking dominated the corn pit.
It is interesting to note that the weekly corn auction in China saw 100% of state owned stocks offered, bought, representing sales of 4.38mt of domestic purchases, that’s a quiet a lot. Generally speaking the weather in China hasn’t been too bad with mostly good rainfall across the major corn states. There are a few dry spots but if anything the dry spots are likely to be countered by some regions having a better than average summer. Temperatures are probably a little warmer than average but not terribly hot. The biggest issue is too much rain across some parts of central and eastern China, south of the major corn regions.

Wheat futures in the US had been dragged higher by corn earlier in the week. Without any fundamental strength soft wheat at Chicago gave up yesterday’s gains while hard and spring wheat futures were smashed. Weekly US sales were uninspiring at 849kt, not a bad effort but right in the middle of the trade guess prior to the report. Cash bids were also weaker with offers out of the PNW falling around 8c/bu for HRW. White wheat found bids at 5.80/bu, basically unchanged. DR1 in SW Saskatchewan was flat, canola there back C$5.64 for Dec.