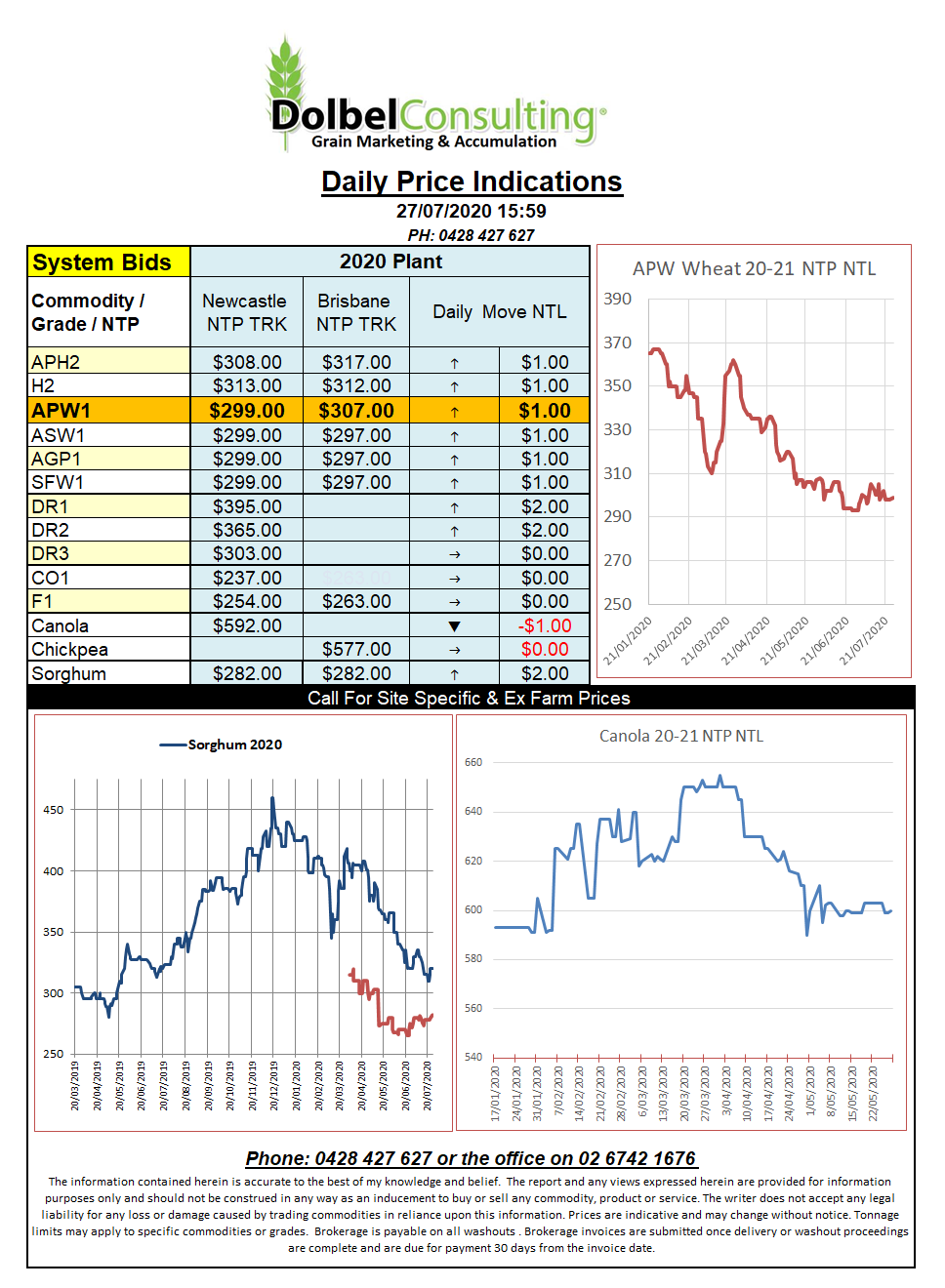 The US row crop futures took a breather last night, corn flat and soybeans softer, letting wheat take the lime light for the Friday session. Wheat futures at Chicago and Minneapolis closed in the black after a weaker US dollar encouraged the punters to think that import sales may increase as global consumers take advantage of the weaker exchange rate.

Harvest news came from the Ukraine and France. Ukraine are almost half way through their wheat harvest, although a smaller crop than last year, estimated at 28mt, it’s still a handy crop with almost 13mt now in the silo.
France made good progress going from 47% harvested last week to 71% this week. The last week has been dry across much of France and the week ahead will be mostly dry to the west but some showers are expected across the east and north of France and across Germany and Poland this week. Heavy rain is expected across much of western Ukraine and south central Russia next week.
The Volga Valley and Rostov regions of Russia are expected to remain dry but harvest is generally complete (Rostov 82%) through much of the south now.
Conditions haven’t improved much across western Argentina over the last week with little to no rain reported through Cordoba and Santa Fe. The southern Pampas of Buenos Aires did see some good falls though. Wheat area in Argentina is now predicted to be almost one million acres less than earlier estimates. The impact of a smaller Argentine wheat crop on global values is expected to be minimal at this stage.