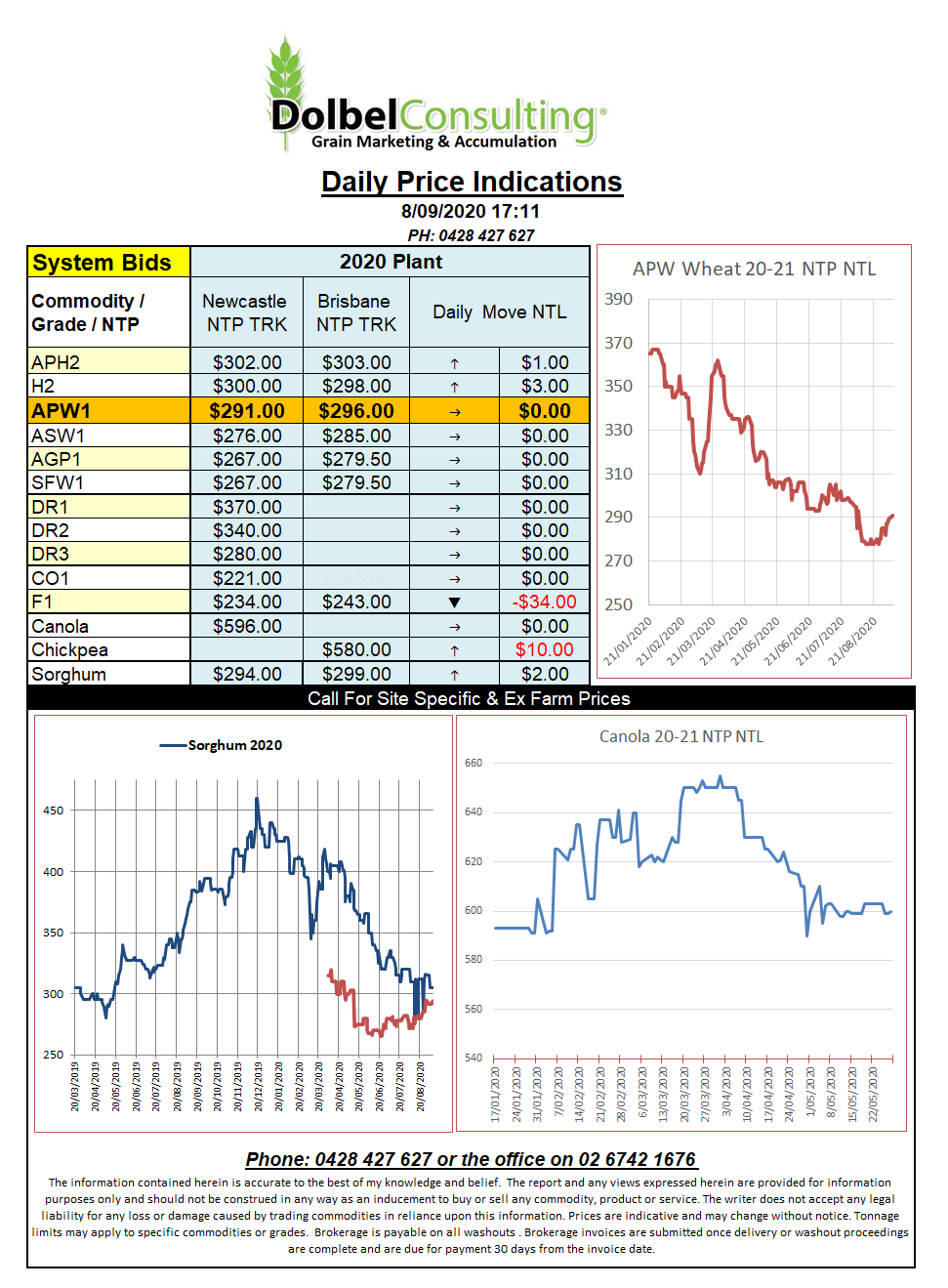 ABARES increased their estimate for the Australian wheat crop from 26.674mt in June to 28.91mt. This is a huge improvement over the last two wheat crops with the 2019-20 crop estimated at just 15.165mt. Increases in NSW, Victoria and WA countered reductions in QLD.
NSW look to be on the cusp of a very large crop with ABARES predicting production of 10.26mt this year. WA wheat, which is predominately destined for export, is estimated at 8.9mt.
ABARES also increased barley production estimates from 10.559mt to 11.217mt and canola from 3.248mt to 3.417mt.
The latest ABARES estimate is greater than what many in the trade are estimating. Riverina Stock feeds is showing a number of 26.575mt, and a raft of other punters are coming in with a number between 27.5mt and 28.5mt.

The US white wheat harvest is progressing well with few quality issues to date. Bids at export elevators in the PNW averaged US570c/bu on Friday, unchanged from the previous day. Hard red winter wheat at 11.5% protein out of the PNW was back a little but averaged a price of US635c/bu for a December lift. The HRW number flies well when compared to Australian forward contract values for H2 wheat, with H2 showing just a slight premium based off a Japanese home. The US value will need to fall further to compete into SE Asian markets.

Turkey opened a tender for 500kt of milling wheat on Monday. The tenders closes on Sept 15th.