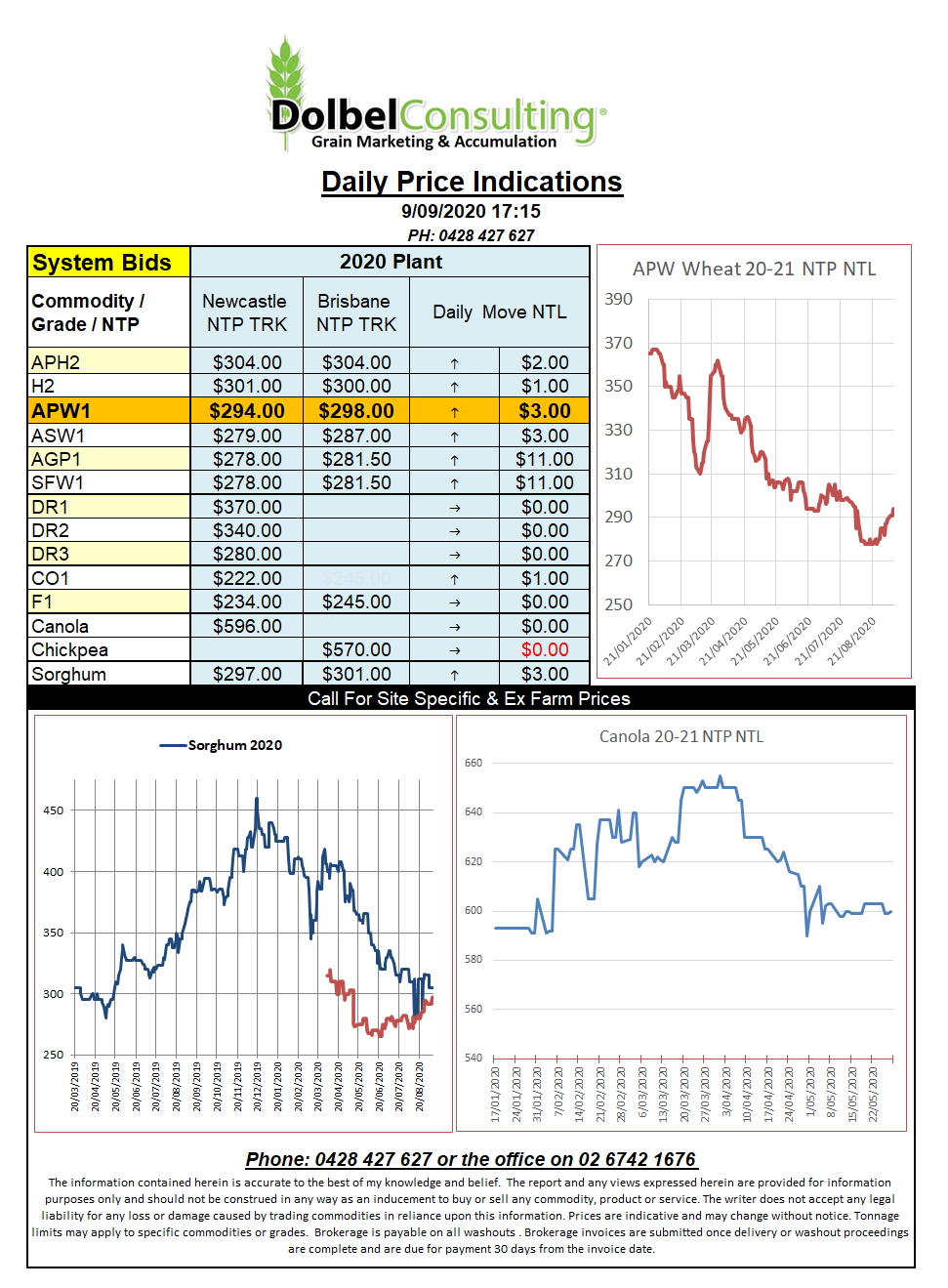 Around 25% of the US corn crop is now considered mature. The big corn states of Iowa, Illinois, Nebraska and Minnesota are generally around 20-30% mature. The percentage of the US corn crop rated good to excellent is back 1% from last week to 61%. Last week the Iowa crop was rated 45% G/E, this week it’s back another 2% to just 43% G/E.
It will be interesting to see if the USDA reduce corn output in their September 11th WASDE report later this week. Modelling would suggest that given the current G/E rating US corn yields are very unlikely to achieve the 181.8bu/ac (11.41t/ha) average in the August WASDE. Modelling suggests something between 165 – 175bu/ac is more likely. If the higher of these two numbers is used it represents a reduction in production over last month’s WASDE of about 14.5mt and this is not taking into account the possible increase in unharvested acres which is currently lower than the 10 year average percentage of about 9.45%, currently 8.5%.
Technically corn is over bought with the above yield and production estimates compared to the last USDA report you can potentially see why. A rally in corn is possible given more bullish data in Friday’s report but technically we also see a gap in the Dec contract around 15c/bu lower than current values. Gaps tend to get filled. So possibly we may see some short term pressure and then depending on the WASDE on Friday night corn may well see some fresh buying interest.
All this interest in corn you ask, well corn does have a bearing on our sorghum values, hence the interest. We should also note that sorghum offered FOB Texas continues to rally, last week to around US$240. Roughly converted using a China home is about AUD$320 XF LPP equiv.