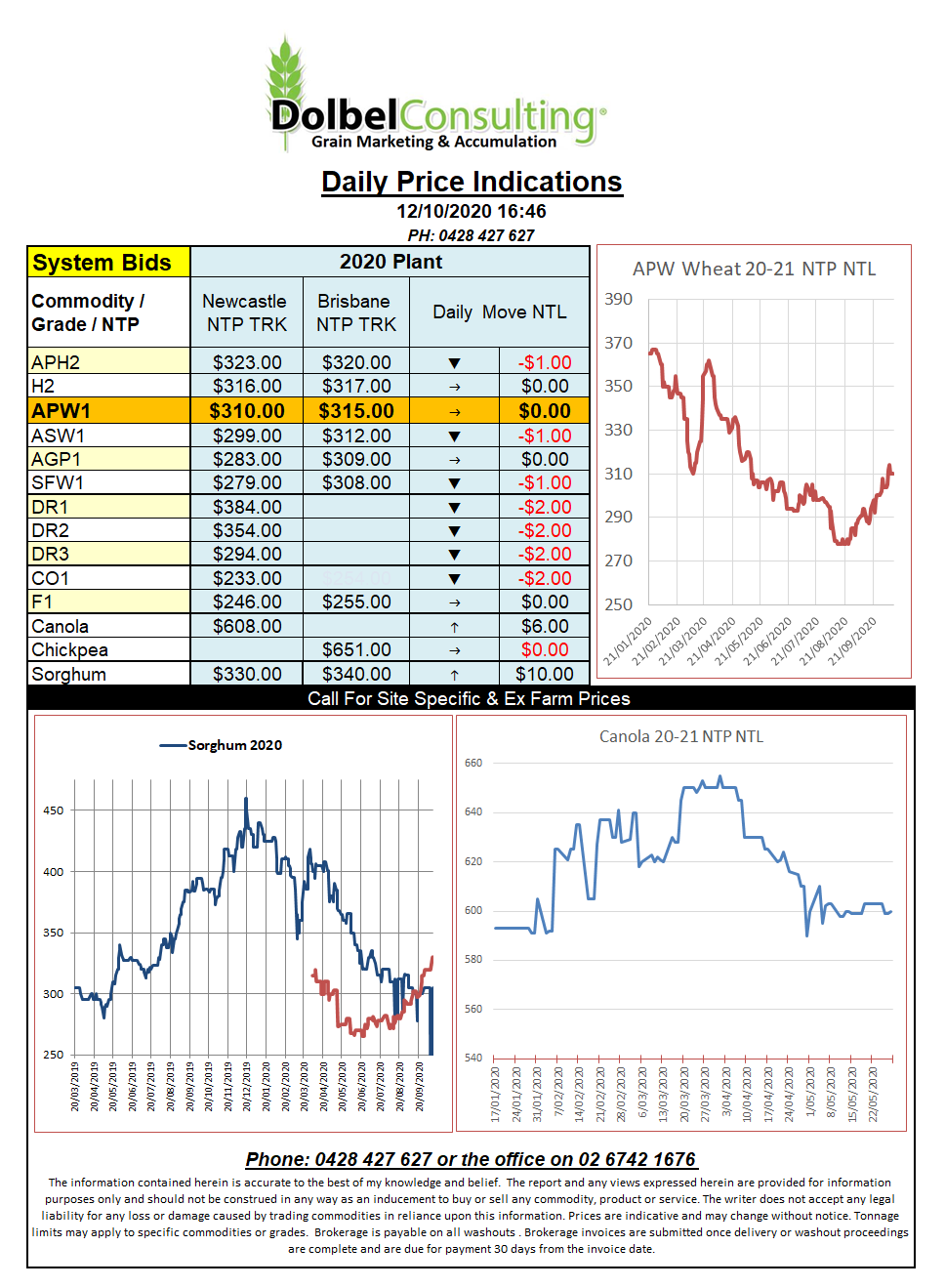 The USDA dropped their latest WASDE report last night. Corn and soybeans were the two big winners.
Soybeans saw a sharp decline in beginning stocks and production in the USA. These two reductions combined with an increase in export sales to result in a sharply lower ending stocks number. The ending stocks number is low, very low. For example in 2018-19 ending stocks were 24.73mt, this seasons ending stocks are expected to come in closer to 7.89mt.
The report spurred on the soybean futures market at Chicago with the Jan21 contract closing 17.75c/bu higher. There was spill over buying in both the ICE canola contract and Paris rapeseed with both products closing higher. We should see our local market rally on the back of this news on Monday. The ICE rally if reflected in local values is worth about AUD$5.00 but a strengthening in the AUD could rob us of a couple of dollars of that conversion.
World wheat production was increased, not exactly what the punters were hoping for. Now pegged at 773.08mt, an increase of 2.59mt on last month’s estimate. After the smoke and mirrors are removed the ending stocks number came out with a 2.08mt increase to 321.45mt, that’s pretty big. Reductions in supply were made to the USA (-320kt), Argentina (-500kt), Canada (-1mt), Ukraine (-1.5mt) and N.Africa (-140kt) while the lion’s share of the increase was attributed to Russia with a 5mt jump from 78mt to 83mt, that’s a pretty big increase.
The increase in Russian production now puts the USDA number closer to most of the other major punters. However it doesn’t explain why Black Sea values do continue to rise. Chinese wheat imports were increased 500kt to 7.5mt.