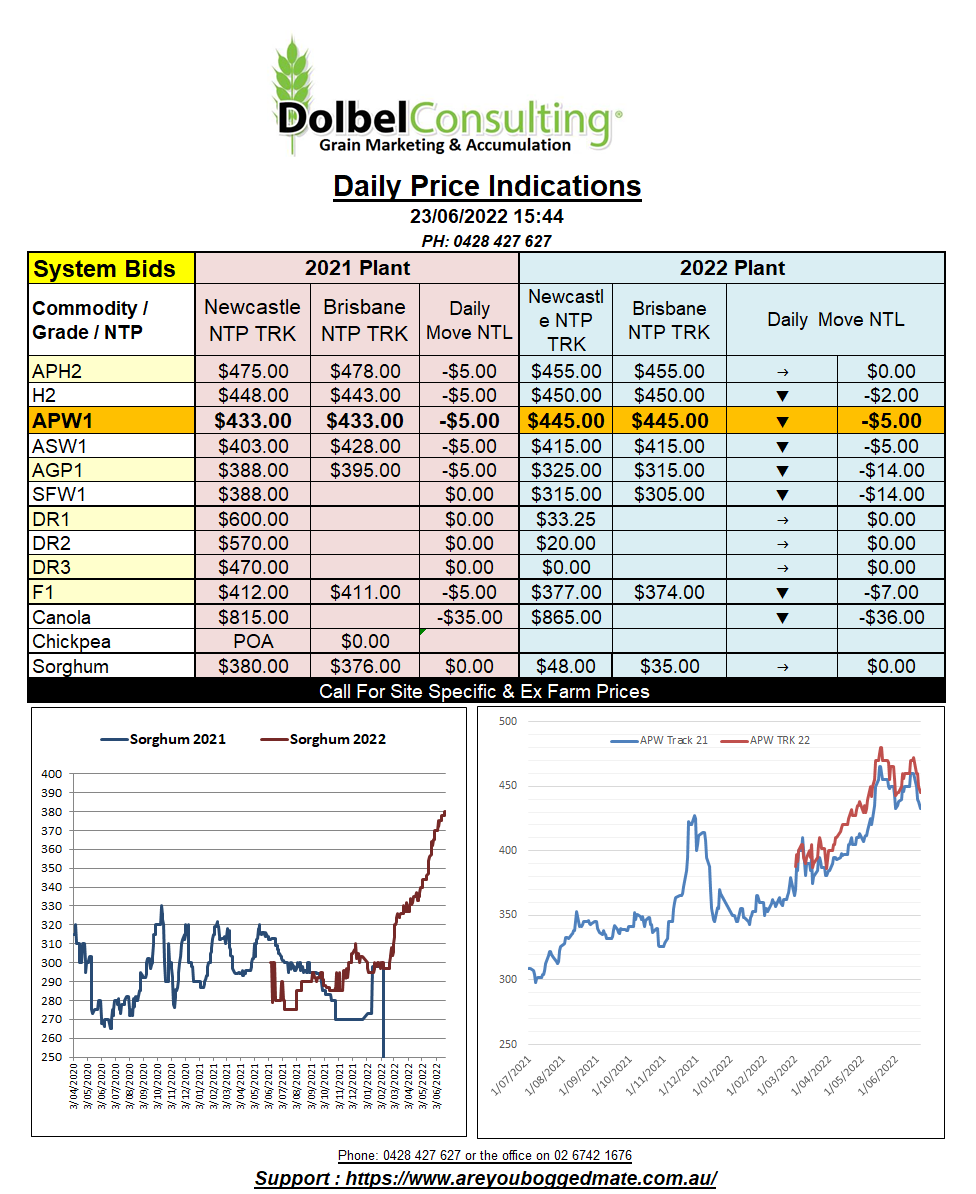 The biggest loser in the overnight markets was again oilseeds. Canola and rapeseed futures were smashed over the fence. The Paris Feb 23 contract was down AUD$43.57 / tonne while the Jan23 Winnipeg canola contract was back AUD$47.28. Cash bids for new crop canola ex farm SE Saskatchewan were also sharply lower, shedding C$42.47 for a Dec 22 lift, now bid at C$887.34 ex farm there.
The Chicago soybean contract was also hit hard, not as hard as wheat has been over the last week but it did close down 34.25c/bu on the Jan23 contract, roughly equivalent to about AUD$18 / tonne. World oilseeds continue to fall, palm, canola, rape and soybeans futures all hitting multi month lows. Palm seems to be leading the way, futures were back 9.7% there yesterday. Indonesia continues to play catchup on exports after last month’s export ban. Some punters are also blaming spill over weakness from the drop in crude oil.
Generally good rain across the Canadian Prairies is adding some pressure to the market there but reports from the ground continue to confirm that acres are just not there and what is there is generally well behind in development compared to where it would normally be in late June. This market is exhibiting a lot of technical weakness but has some underlying strength apart from the increase in palm oil exports, but for now the punters appear to be winning.

The durum market is seeing continued mixed signals. Canadian cash prices falling away while French values in the Mediterranean and N.African market firm slightly. Looking at the Canadian weather map does show useful falls across much of the Prairies but the driest parts continue to be the durum belt. This is also the case in Europe. Spain and France were dry for much of the growing season where durum is mostly grown. The 7 day forecast now shows increasing rain in the SE of France and Italy, just as the weather needs to be drier for harvest.