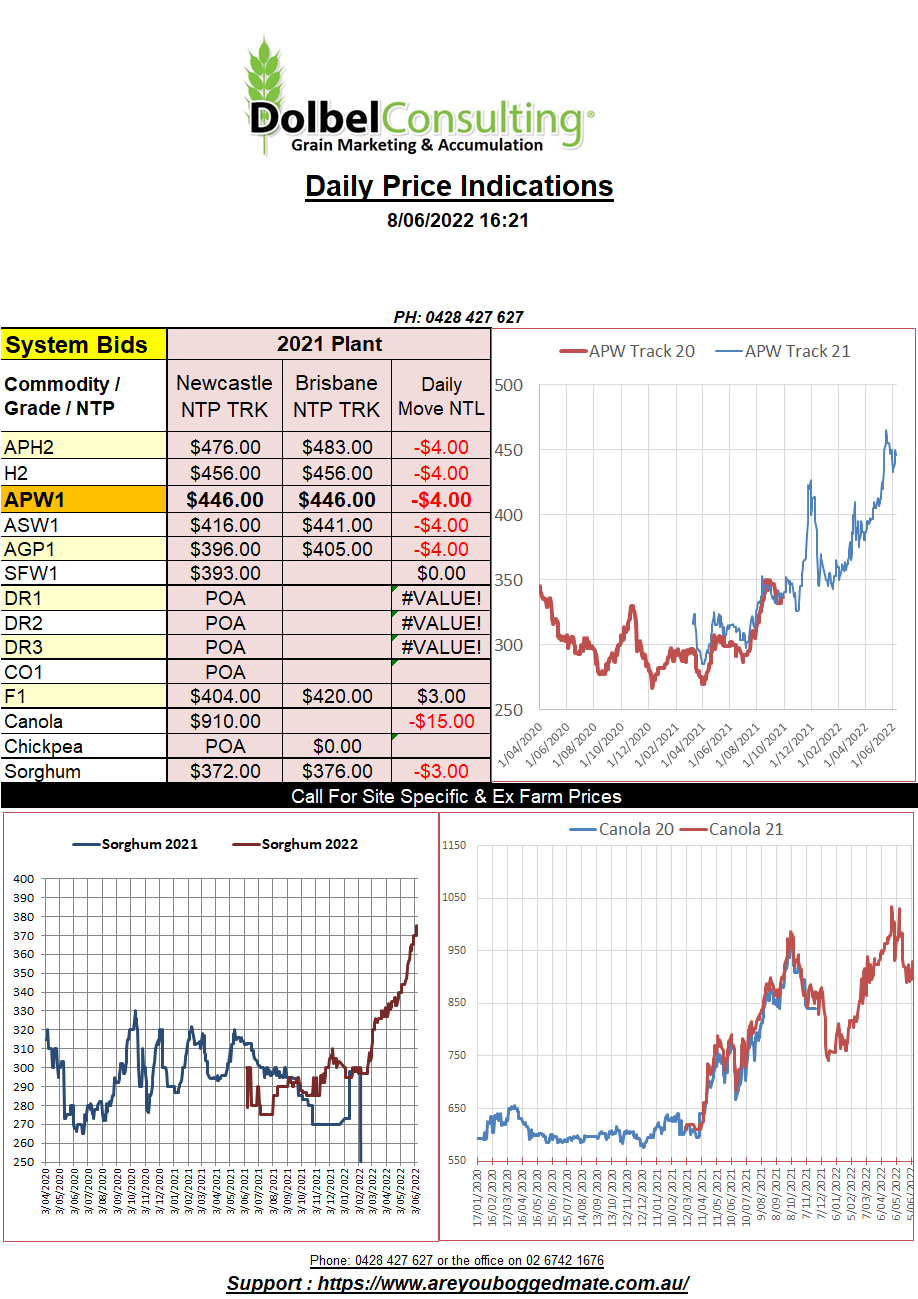 Chicago corn and soybeans futures pushed higher, while winter wheat in the US, hard and soft, both pushed lower, following the recent trend lower.
Across the border in Canada ICE canola futures were C$1.00 lower in the January 23 slot. New crop rapeseed at Paris was also lower shedding E16.50 for the Feb 2023 slot.
Interesting to note that spring wheat futures at Minneapolis were spared the sharp decline seen in the winter wheats. Conditions remain less than ideal for US spring wheat. Parts of MN and ND are only just nearing the completion of sowing some 2 – 3 weeks later than average. More heavy rain is predicted over the next 7 days for the eastern US spring wheat area. So what isn’t sown this week will probably not be sown.
The seven day forecast for the Canadian Prairies is mixed, SE and C Saskatchewan is expected to see some good rain, possibly too much in the already saturated east. The rain is expected to also cover much of the drier central and central west districts of Saskatchewan and much of Alberta. The rain is generally seen as very positive for the canola already sown.
Should also note that US white wheat values out of the Pacific North West were not lower. White club wheat actually putting on a few dollars at the port level. Still not seeing any new crop port prices out of the PNW. Up country values do show that new crop white wheat is actually pulling an 11c/bu (AUD$5.60) premium to the old crop.

ABARES predicting 2022-23 wheat production in Australia at 30.267 million tonnes didn’t help futures values. They predict an area of 13.185mha to be sown to wheat. That’s an average yield of 2.29t/ha, just under 1t/ac. Given the current season across all regions this is probably very achievable.