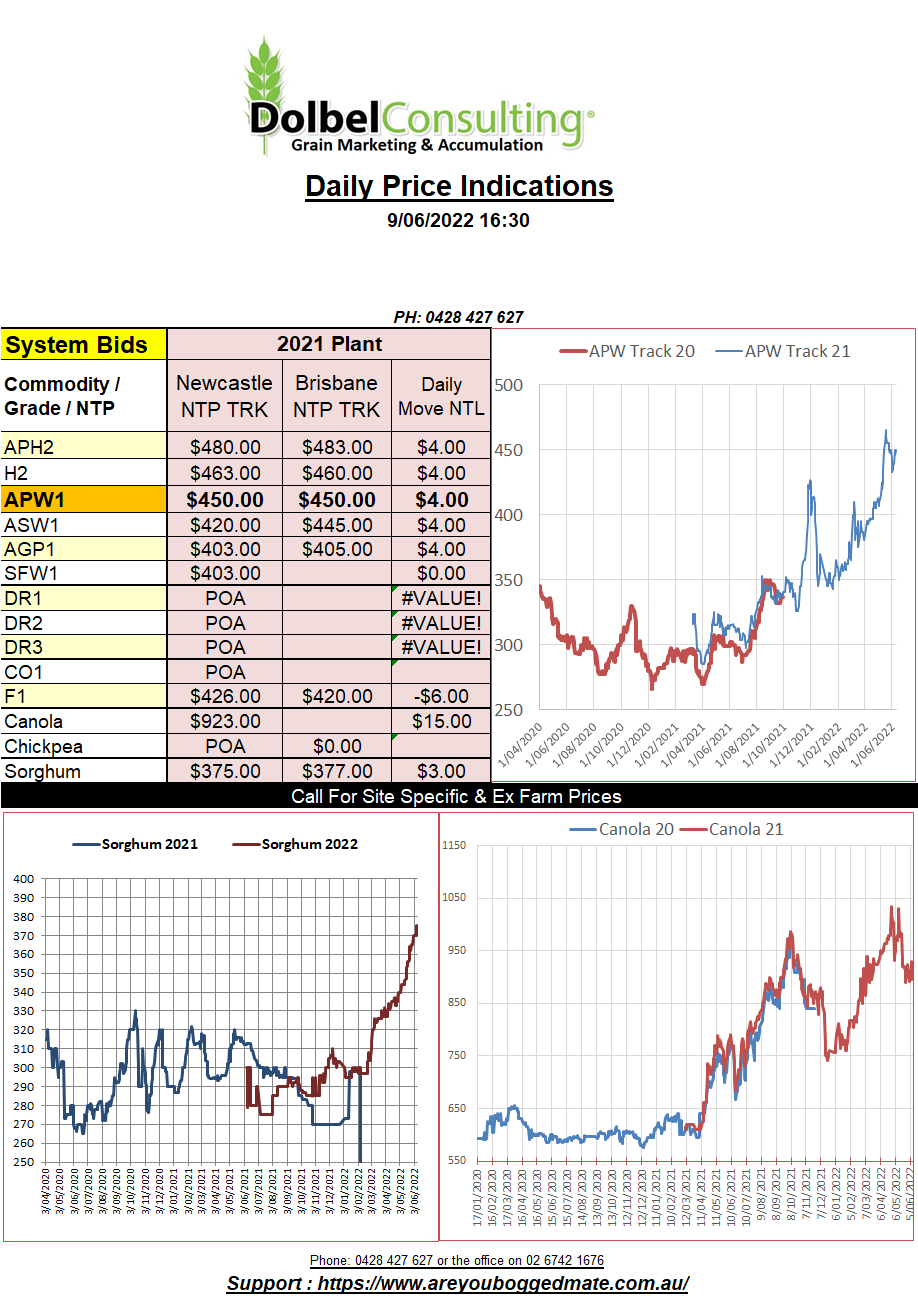 US markets were a bit of a yawn fest overnight, no big limit up or down moves, I mean seriously, how is a caffeinated fund manager expected to retire in Florida at 35 with poultry 5 or 10c/bu variations. Anyone would think there’s a USDA WASDE report due out tomorrow tonight…….. oh, there is.
If that is the case, we should have a quick look at the technical aspect of the December SRWW contract at Chicago…… and it’s almost as boring as the volatility, wheat is basically neutral leading into the report.
This could mean a few things, some form of normality is creeping into the market, lovely to think so at these values. Possibly the market has no idea what to expect, I can’t imagine the USDA data is stamped “top secret” so this is also unlikely. My guess is that the chess pieces are not all being held by two teams at present so outside influences may have a lot more sway than a USDA report. But keep an eye on the report for spill over influence from US soybeans (Brazil) and corn data.

The Ukraine farm union is accusing Russia of stealing up to 600kt of grain. Some believe a portion of that has already been shipped to Syria, the balance is sitting in Crimea storages waiting to be exported. Meanwhile Ukraine continues to work on exporting grain through routes other than the Black Sea. The cost are not small though, through the port of Constanta in Romania is expected to cost an additional E30 / tonne at least and is the cheapest.

Talk India will allow another 1.2mt of wheat exports to leave the country hasn’t been confirmed. India did state that all further sales would be Gov to Gov, time will tell if they are just talking their book again.