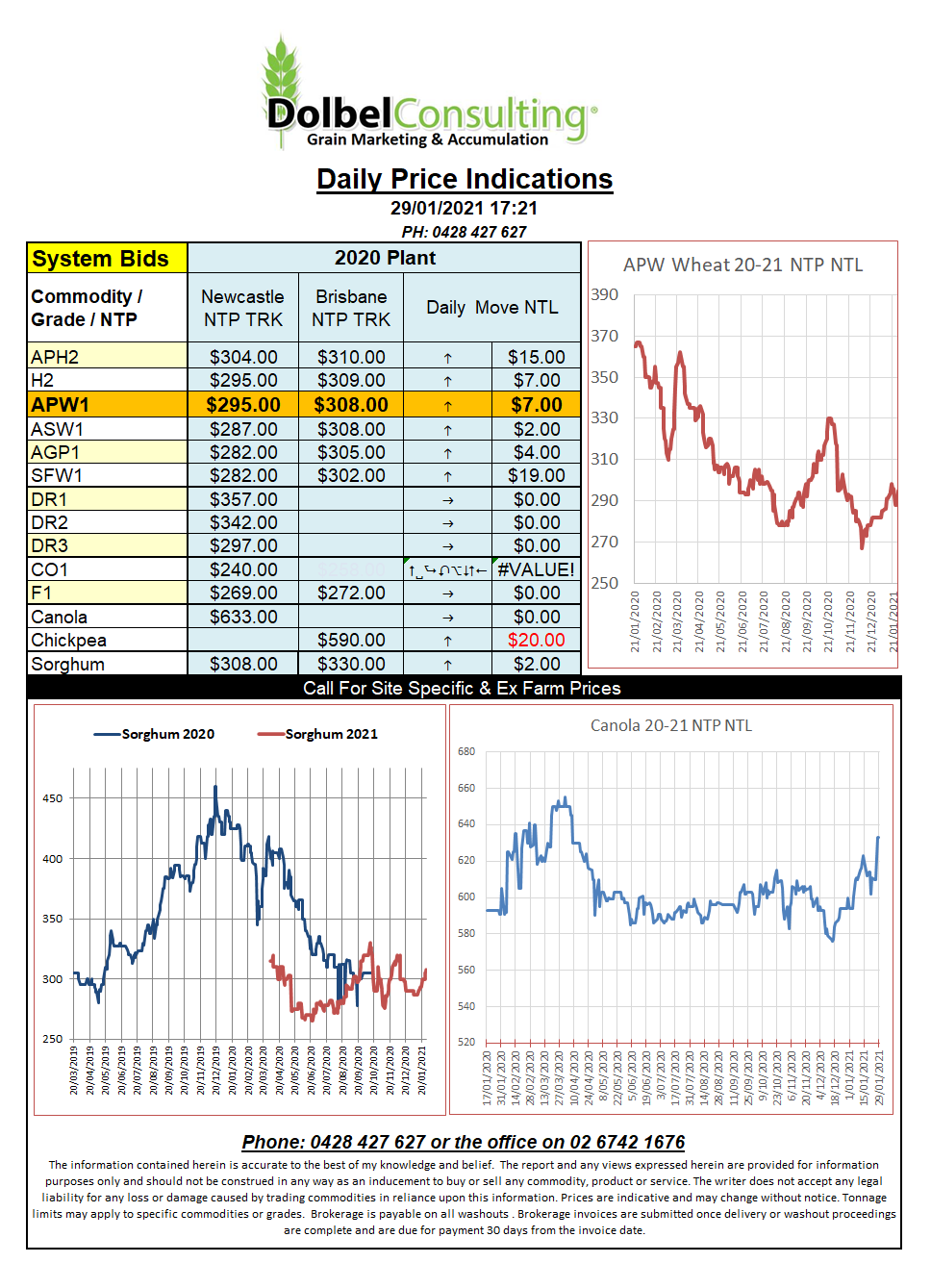 In international news Algeria picked up 630kt of Feb / March milling wheat at an average price of about US$313 / tonne C&F. Algerian tender results are not public but trade guesses on supply and value are usually pretty close. The bulk of supply will come from the EU, probably France, but there is speculation that Argentine or Australian wheat may also make an appearance.
A value of US$313 C&F would roughly equate to a port value west coast Australia of about AUD$310, a smidge lower than current bids in the west but a savvy trader with a good currency hedge would be able to make it work. The larger trading houses did have some very good currency hedging opportunities in 2020 and prices have rallied locally since mid-harvest.

Rumour has it the Argentine government is considering a method to slow wheat exports. A tariff system, ban or export tax appear to be on the table for discussion. This is in an attempt to slow food inflation domestically to the dismay of the farming community. Private estimates for Argentine wheat exports are currently around 11mt. That’s above Argentine government projections of 10mt. In the last USDA WASDE report Argentine wheat production was estimated at 17.5mt & exports at 12mt. This would see an ending stocks level of just 1.26mt.
Traditionally Argentina does have a low carry over (<2mt) but if production estimates are lower than the 17.5mt, very likely given the drought they had mid-year and exports do start to near 12mt there is a very real chance Argentine stocks will fall below 1mt, hence the governments interest in export pace.