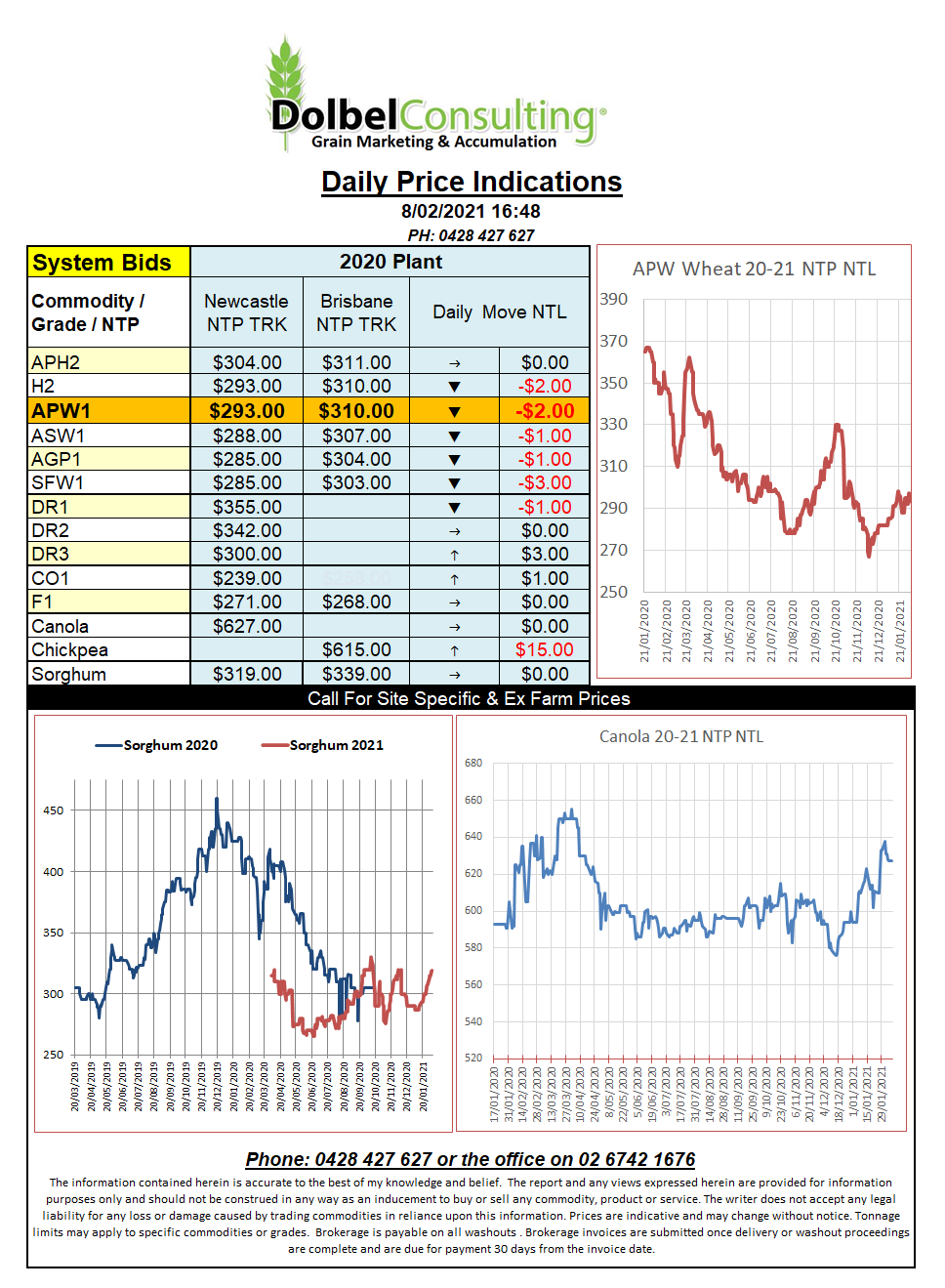 All the wires are still rambling on about the weekly US corn sales to China, a new record weekly sales volume. Looking at it on a chart it is indeed an impressive spike. It does reveal a number of different things that need to be considered when dealing with the Chinese though does it not. Weekly corn purchases that basically equate to their annual import quota, makes that number appear a little irrelevant. I wonder what other numbers are irrelevant, possibly their public production and stocks numbers too. I guess the next month or two will tell us if that is the case or not. The next thing we need to watch is that the corn purchases are actually shipped….to China..

The stronger USD made it a little hard for US futures to push higher. That and the fact the products are basically all over bought and it is a USDA WASDE week next week. More often than not the punters like to go into a WASDE week fairly square.
Wheat futures were all a little firmer after what is basically a softer week on week close for wheat. The rally of the previous week had rendered US wheat a little expensive when compared to Australian values, an adjustment was in order.
Cash values for US wheat out of the Pacific North West generally followed futures higher with HRWW up about 7c/bu while soft white wheat bids were unchanged as was club white wheat. DNS wheat was up a few cents. Comparing DNS to APH2 gives us a price of about US$305 FOB Japan, so roughly equivalent to AUD$317 delivered Newcastle port. Yesterday APH2 was bid at exactly that delivered Newcastle port. Brisbane was a little higher at AUD$326. So it appears the softer week has bought US wheat back into play in Asian markets.