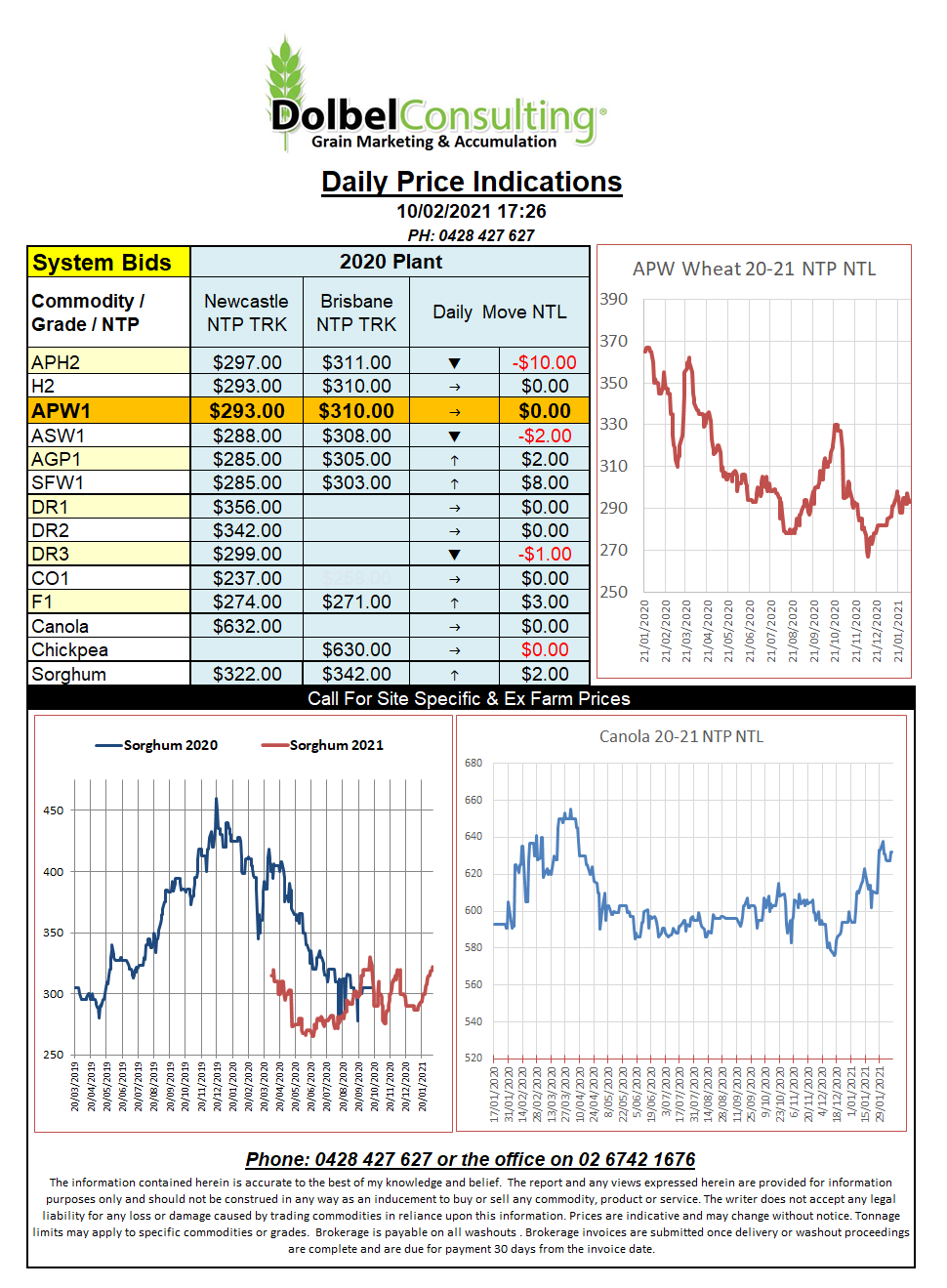 Looking at the USDA WASDE report this morning shows a nice reduction in world wheat ending stocks, from 313.19mt in January to 304.22mt. Interesting to see that the world production estimate was actually increased 800kt to 773.44mt.
A 9.78mt increase in domestic use seems to be the key to it all.  China is responsible for about half the increase in wheat demand. A smaller corn crop there has seen corn prices increase to a level where wheat is being fed.
Also interesting to see an increase in Indian wheat demand up 3.82mt to 103.02mt, resulting in a carry-over of 27.5mt. China carry over is expected to increase year on year but is back 4mt on last month’s estimate, now at 154.93mt carry out…yeah sure.
Australian imports were reduced to 200kt from 500kt, that would be wheat Manildra bought in from Canada in 2020. The USDA left all the other Aussie numbers unchanged so the net result was a reduction in ending stocks from 5.4mt to 5.1mt.
Canada also had their domestic consumption of wheat increased resulting in a closing stock number falling to just 4.63mt, that’s pretty low.
Black Sea numbers were pretty much unchanged apart from a slight increase to supply and consumption in Kazakhstan resulting in a net increase to closing stocks.
The big picture shows a slight reduction in the world stocks to use ratio, now at 37.38%, this is not low. It’s actually the 3rd highest S:U in the last 30 years, keep this in mind as we move through the northern hemisphere spring. The number to watch is the S:U ratio when you exclude China and India, this number is much more respectable at roughly 23.1%, and the reason for the current volatility.