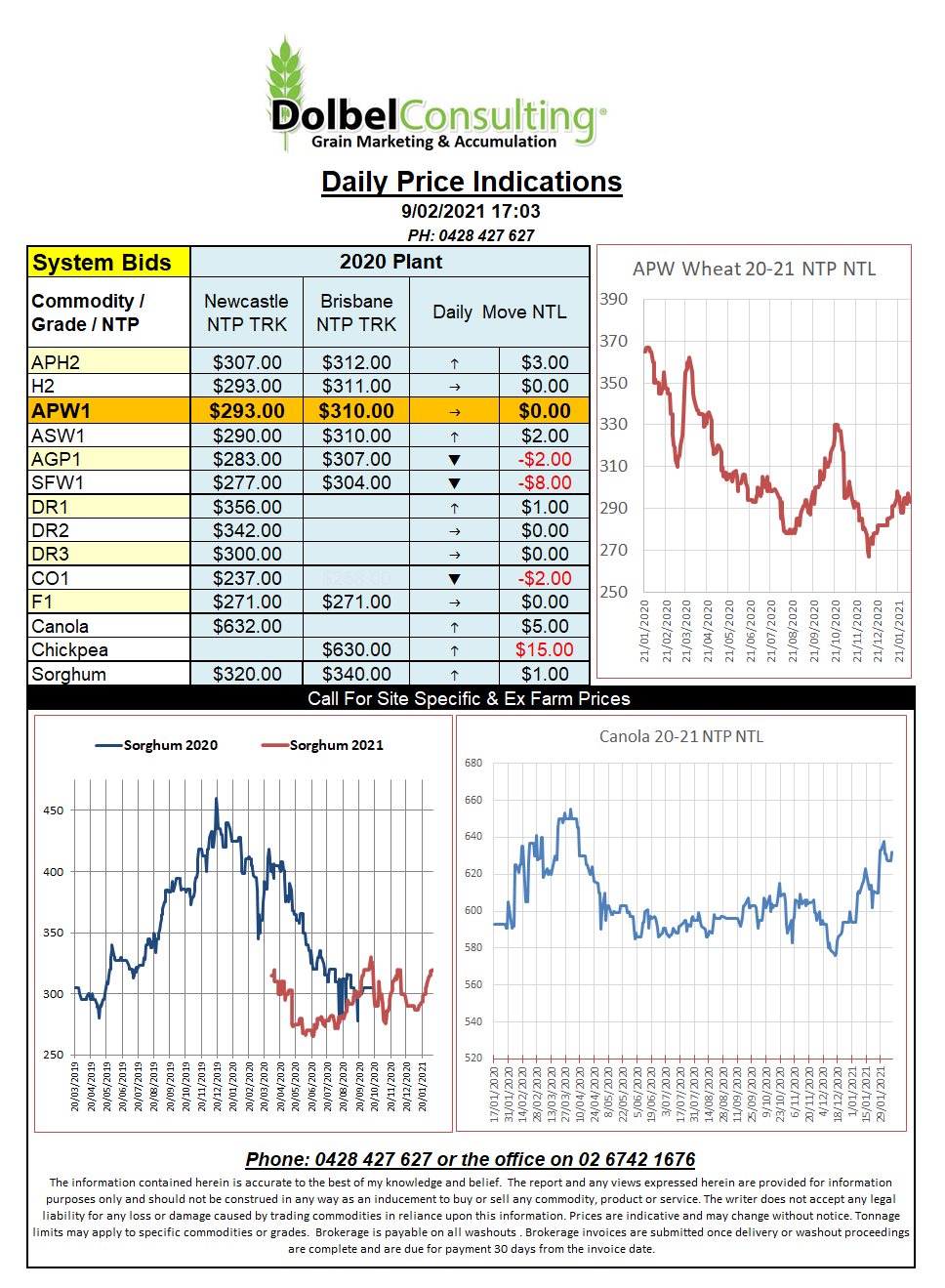 A winter storms has seen cold weather push across the northern mid-west of the USA covering Montana, North and South Dakota, Minnesota and parts of Iowa and Illinois. The mercury dropped to as low as -35C across Minnesota. Further south in the HRW belt of Kansas and Oklahoma overnight lows also plummeted and are expected to remain very low for the week ahead. Salina in north central Kansas had a temperature range from -10C during the day to -15C on Monday morning. Next weekend is expected to be even colder.
Wheat futures reacted to the poor weather outlook as snow cover prior to the drop in temperatures was minimal and snow fall from late Saturday was only 1 – 2cm offering some but minimal protection to the wheat.
Further south in Oklahoma there was little to no snowfall over the weekend or Monday. Enid Oklahoma saw temperatures last night fall as low as -9C. There is expected to be a little snow on Wednesday prior to a cold snap on Friday / Saturday which could see the mercury drop as low as -18C.
From a physiological perspective the winter wheat is at its most resistant to winter kill at this time of year, but due to the dry conditions across northern and western Kansas and parts of Oklahoma this resistance is not as good as it would be in a year with ample soil moisture. Once temperatures drop below -20C the chance of winter kill becomes very high if there is minimal snow cover.
Combining this weather scare in the USA, the prospect of lower world stocks in tonight’s USA WASDE report and export taxes in Russia, prices found little resistance and moved higher. HRW & DNS wheat out of the PNW moved higher while white wheat was flat.