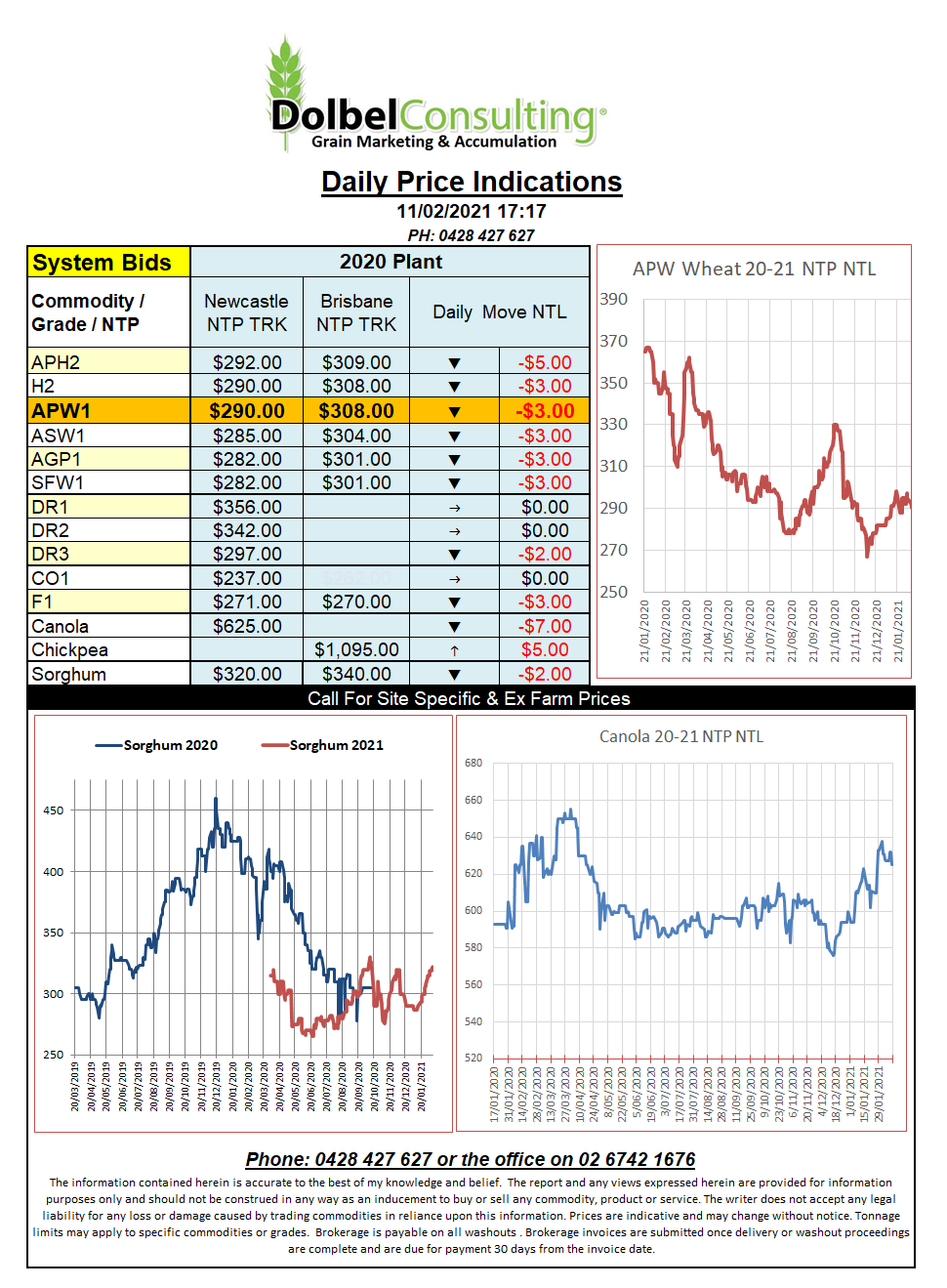 Futures markets in the US were down overnight. Corn and soybeans were sharply lower while wheat was caught up in the selling / profit taking resulting in a lower close on all three US grades of wheat.
Some punters are arguing that the USDA data did not reflect the recent sharp increase in Chinese demand, particularly in corn. This probably has some merit as the USDA WASDE report is often accused of using 30 day old data. Whatever the case it gave those looking for some profit the opportunity to sell both row crops lower. Corn was probably the most likely to fall from a chart perspective. The stochastic indicating a very oversold market. Soybeans were also heading that way, so selling from a technical perspective should have been expected.
Drawing some lines on a corn chart does tend to point to longer term technical strength once this profit taking gets out of the way but we are also starting to get up into some pretty high levels historically. Lines on a soybean chart indicate, to me at least, that this market is possibly going to stabilise somewhere around 1400c/bu (+50c) in the short term.
From a technical perspective wheat has found support during January / February every time it has tried to push lower than current levels. The stochastic is much more supportive than that of soybeans or corn. With this in mind and also the more bullish than bearish fundamentals one could come to the conclusion that we should see support creep back into US wheat futures in the short term at least.
Staying with the USA we see cash prices out of the PNW unchanged for white wheat. While HRW was lower, in line with lower CME futures. Spring wheat cash prices were also lower, in line with MGEX.