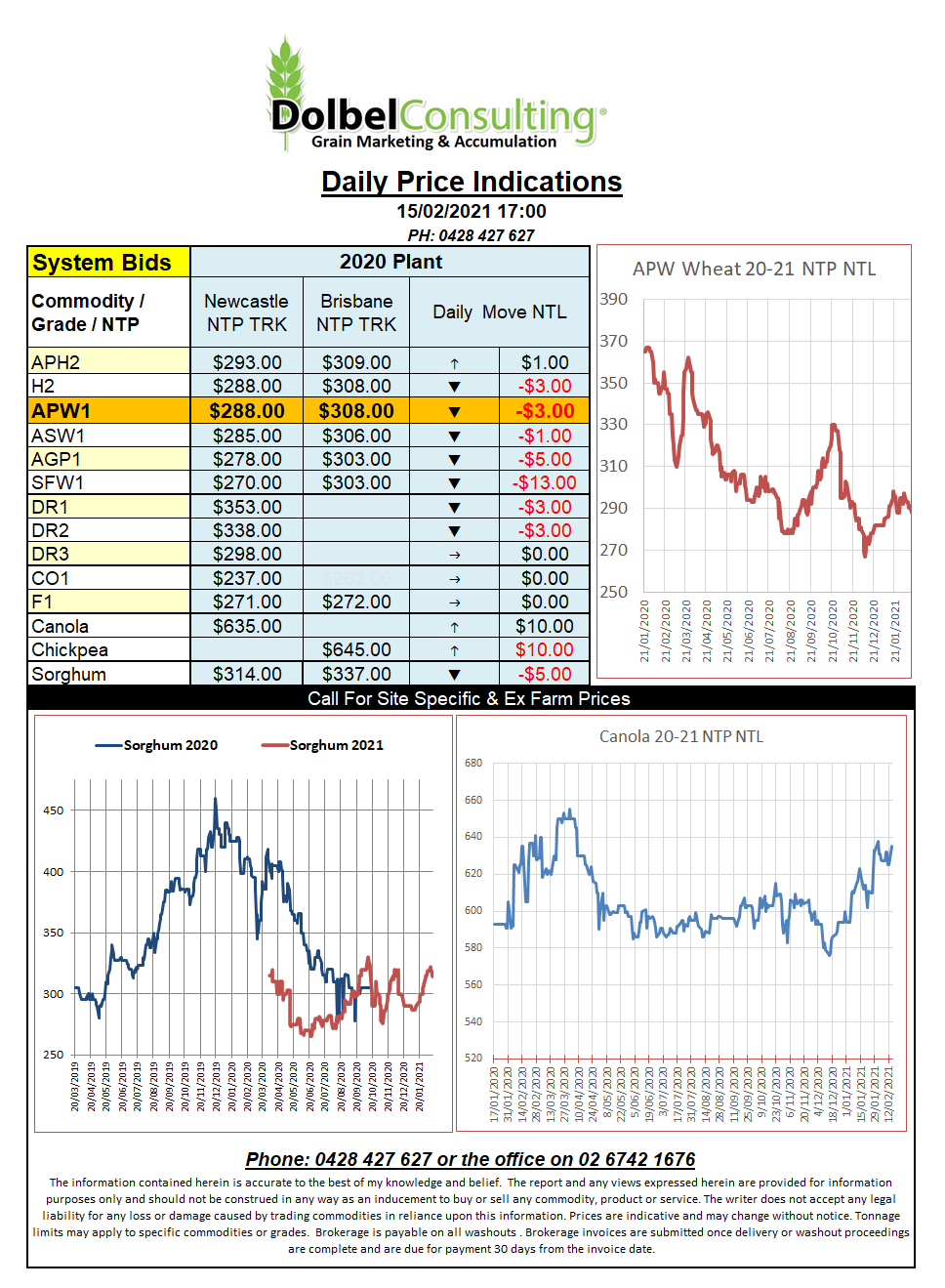 At Chicago HRW futures found some support from the winter storm pushing through Kansas, Oklahoma and Texas.
Looking at some of the weather sites in the US we see places like Salina Kansas will see minimum temperatures drop as low as -24C on Monday morning. Daytime temperatures there will range between -12C and -17C before warming towards the end of next week. The good news for producers in that area is that between 1-3cm of snow / day is expected to fall prior to the coldest days of this change. This should offer some protection to the winter wheat and help limit the level of winter kill to some degree.
This isn’t the case everywhere though, the US snow cover map tells you that there are a few location towards the NE of Texas and north Kansas that may go through this change with minimal snow cover. I don’t think this will be the weather event we are looking for to rally wheat another $50/t though. We may need to wait for March / April / May for that event.

Egypt has rejected another load of wheat from France during the week. Weed seed contamination, poppy seed, seems to be the issue. A couple of year ago Egypt basically cornered itself when they were placed a zero tolerance on ergot. Traders simply found that it was too difficult to sell to Egypt. Thus the offer values began to increase. After some time the problem was resolved and Egypt agreed to work to ISO standards which allowed a small amount of ergot and things went back to normal. The trade are a little nervous that this latest poppy seed issue is going to blow up into a similar problem. With fewer origins of wheat to choose from, Egypt is playing a dangerous game.