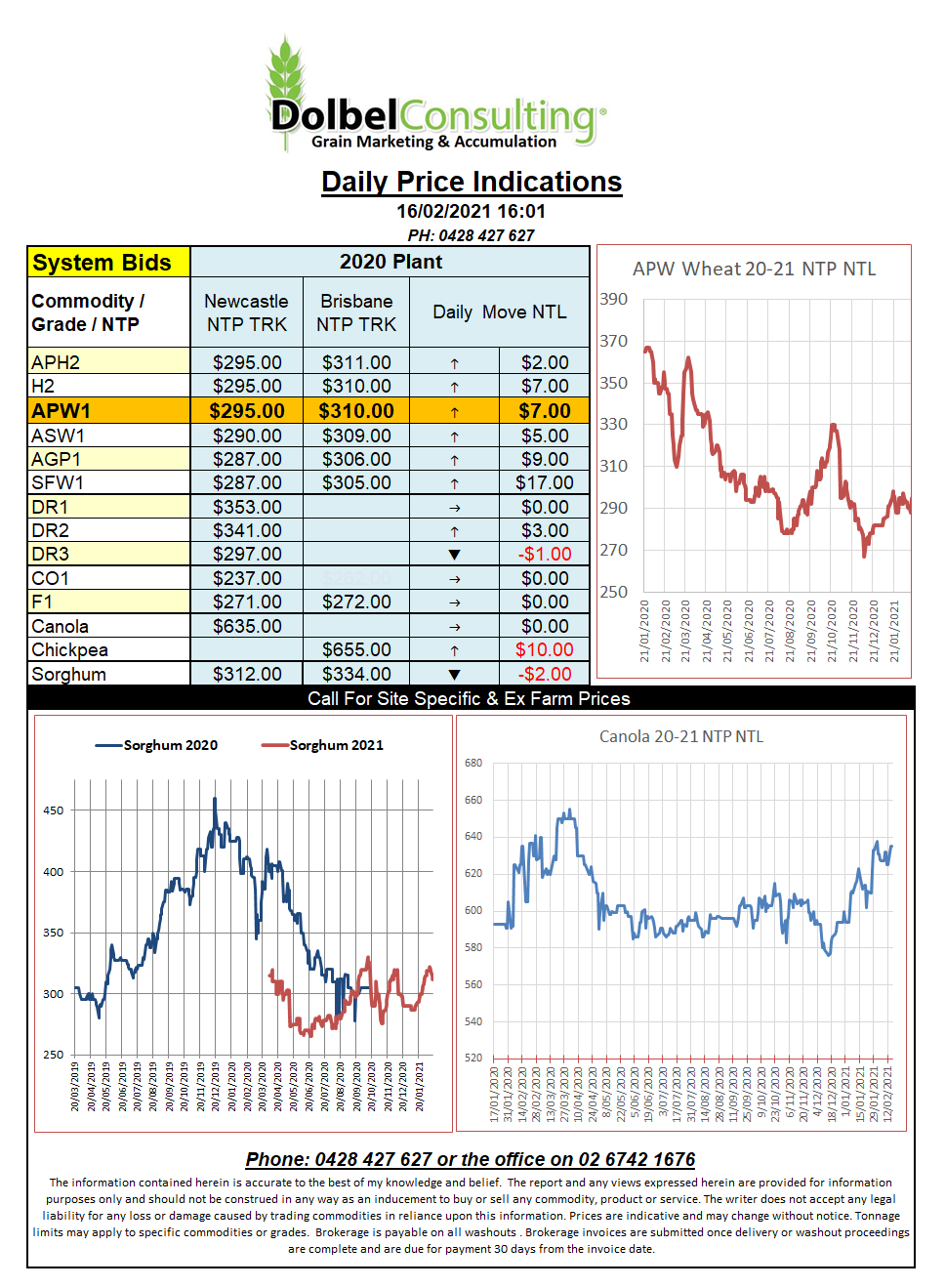 The USA and Canada had another long weekend so futures market news is thin on the ground unless you look towards the European markets. At Paris milling wheat was up E4.75 on the nearby March 21 contract. May futures were not far behind with a gain of E4.25/t.
The big news is the weekend snow fall across the lower mid-west USA. The hard red winter wheat belt saw significant snowfall over the last couple of days. Snow drifts and temperatures of -16C to -23C, not exactly what you visualise when you think of Texas. Some farmers are saying the coldest conditions they have seen since 1983, others are saying the coldest they believe in living memory. Abilene Texas, west of Dallas, measured 14.8″ of snow on Sunday, that’s a record. The snow should give winter wheat some protection from the cold winds.
Further north in Kansas, Topeka saw temperatures drop as low as -27C on Monday morning.
It may take a week or so for the punters to get their head around this weather event in the US. Snowfall was better than expected in some locations. So protection of winter wheat may also be better than expected. Much of the HRW belt saw 2″ to 8″ of snow, some location more, some less. It’s the locations that saw less and were already experiencing dry weather that will see significant damage. Some analyst are already talking up to 25% winter kill in these places. It’s quantifying this percentage that will take the time.

ABARES released the February crop report. Looking at sorghum they estimate 380kha sown in QLD and 130kha in NSW. To be honest I think 130kha in NSW is a little high, my survey data suggests maybe 10%-15% lower. ABARES 514kt for NSW is probably a stretch too.