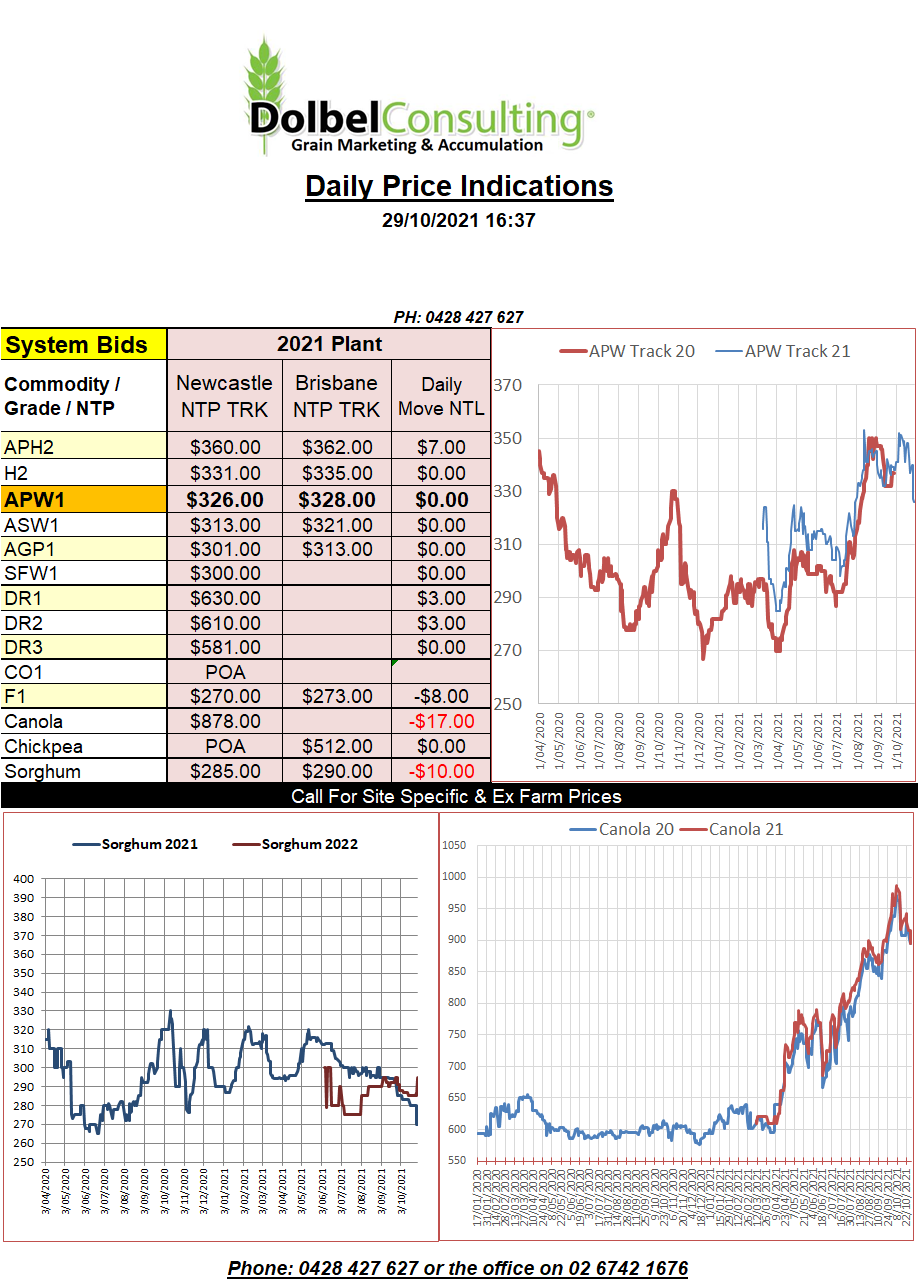 Saudi Arabia are back in the market for 655kt of 12.5% milling wheat for arrival in Jan > April.
If Egypt picked up Black Sea wheat at US$360 C&F yesterday that would have to price Black Sea wheat into Saudi Arabia at something like US$385. For the sake of the exercise let’s just assume the quality is comparable between the two tenders. This would equate to a FOB Aussie number somewhere around US$335 or AUD$444, there’s roughly AUD$80 worth of costs to get this back to an up country LPP number, so roughly AUD$364 XF, less some trade margin, let’s assume $20, they can just add this to any basis profit they can turn.
So netting back to something close to AUD$345 XF LPP. Currently we see the H2 port bid at AUD$360 less road, so about $325 ex farm, roughly $20 less than the comparable price above.

At Chicago corn and wheat both found support again. The AUD is going to take about a dollar out of the conversion for wheat but the rally at Chicago still equates to a net move of about AUD$5.00 per tonne. So in theory at least, there’s a good chance we could see a slight up-tick in local values today. Especially considering APW1 / SRWW basis is now around negative 85c/bu. Between 1994 – 2010 the pool averaged +42c/bu. The rally in corn may also see a little more strength in new crop sorghum. This isn’t a bad punt for the trader. One might even consider the large uptake in Chinese wheat auctions last week as an indication feed grain demand should remain strong into China through to next year at least.