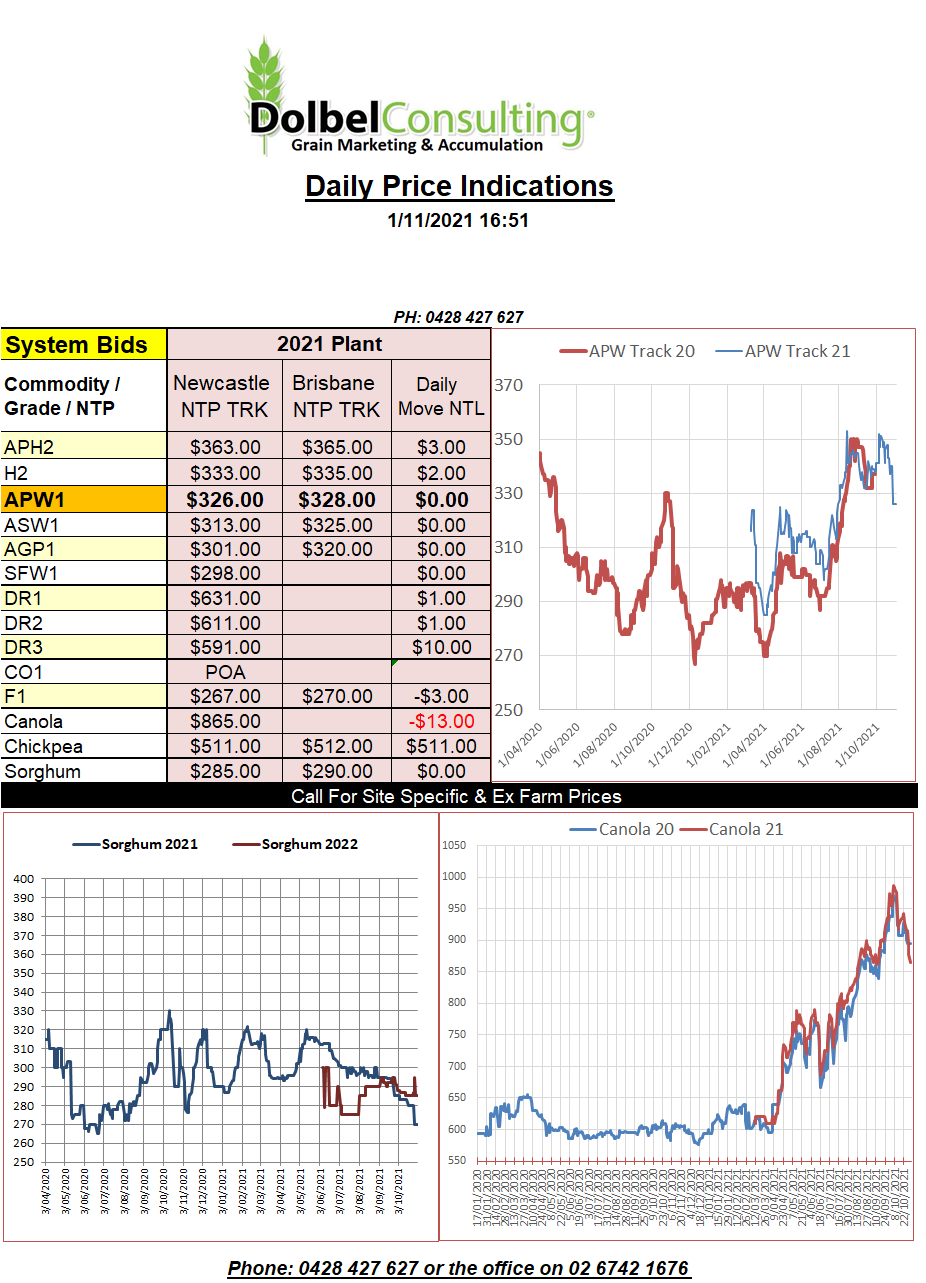 US grain futures at Chicago were relatively stable overnight. Soft and hard wheat generally trending a little lower while corn was a little higher as were soybeans. The biggest mover was MGEX spring wheat futures which put of 14.75c/bu (AUD$7.20) on the Dec21 contract. Minneapolis cash was also sharply higher, now at 1177.5c/bu (AUD$575.33/t).
The nearby ICE canola contract is a prime example for not getting caught short, with open interest at just 1216 contract and session volume of just 123 contracts the November slot settlement was C$61.10 higher by the close. The Jan22 contract didn’t express that kind of volatility but still managed to close C$4.50 higher at C$959.80.
Cash bids out of SE Saskatchewan were higher for canola with a December 21 lift gaining just over C$3.00 to finish the day with an average cash bid of C$948.11 ex farm per tonne. Still in SE Sask 1CWAD13 durum cash bids averaged C$755.09 for a Dec21 lift, a daily increase of $5.44 per tonne. Durum with 12% out of Port La Nouvelle, SW France, was back a little in US dollar terms, now priced at US$560.75 FOB.

The move higher in US corn futures is contributed the improving ethanol price, good export prospects and some rain delays in the US. The increase in US corn futures generally has a positive impact on global feed grain prices, including sorghum.  US sorghum prices were firmer, CiF Corpus Christie numbers up around US$5 and indicating Australian sorghum values should be around AUD$320 – AUD$350 ex farm, compared to current new crop bids that are closer to AUD$270. Argentine bids are flat, but also suggesting local sorghum could be higher.