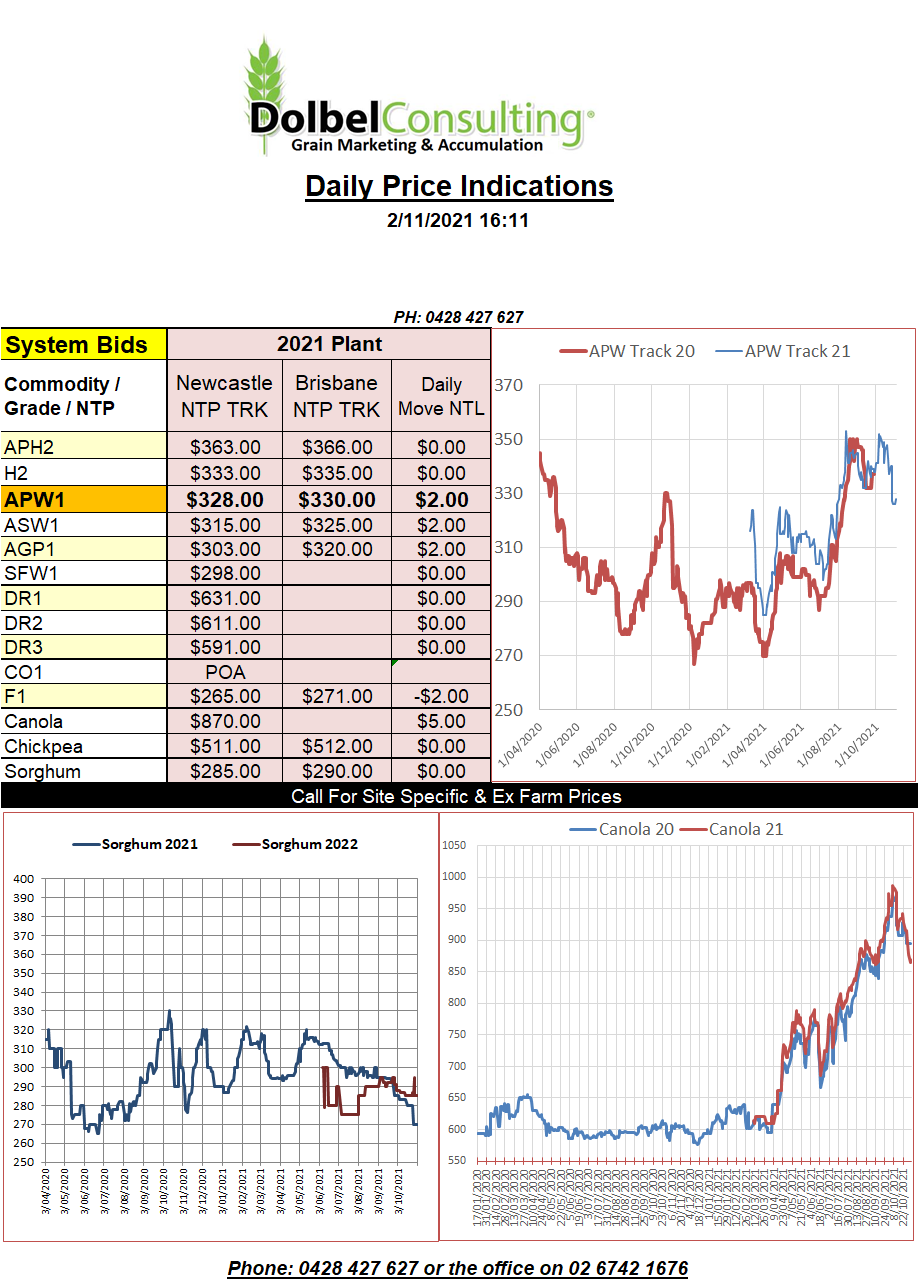 US wheat futures rallied nicely overnight. All three grades putting on double digit gains. Paris milling wheat wasn’t about to be left behind either with the December contract closing E8.00 higher and the March up E5.50 per tonne. Cash prices out of the US Pacific Northwest and across the Canadian and US interior also pushed higher. Argentine milling wheat was also sharply higher taking back all of last week’s decline and some. Looking at C&F values into China we see Argentine product priced at US$390, Ukraine product at US$384, Russia product at US$375. Taking the lowest valued product into China, Russian wheat, would still equate to a price here on the plains of almost AUD$400 XF equivalent.

So what fuelled last night’s rally, was it simply a return to normality now the northern hemisphere harvest is over and everyone has found the abacus or was it something more fundamental. It should be mentioned that delays in the US corn harvest did offer some spill over support but the general consensus is that the strength in wheat came from increased demand and the weaker US dollar, the AUD remains relatively flat against the greenback. The consensus wasn’t backed up with actual export data out of the US with weekly export sales failing to meet even the lowest of the pre-release estimates. Maybe some better numbers to come next week.
Two big major tenders were realised though. Saudi Arabia picked up 1.268 million tonnes, that’s a lot, Viterra and Dreyfus sold the lions share. The average price came in around US$377.50. Which on the back of an envelope does indicate Aussie wheat is still cheap.