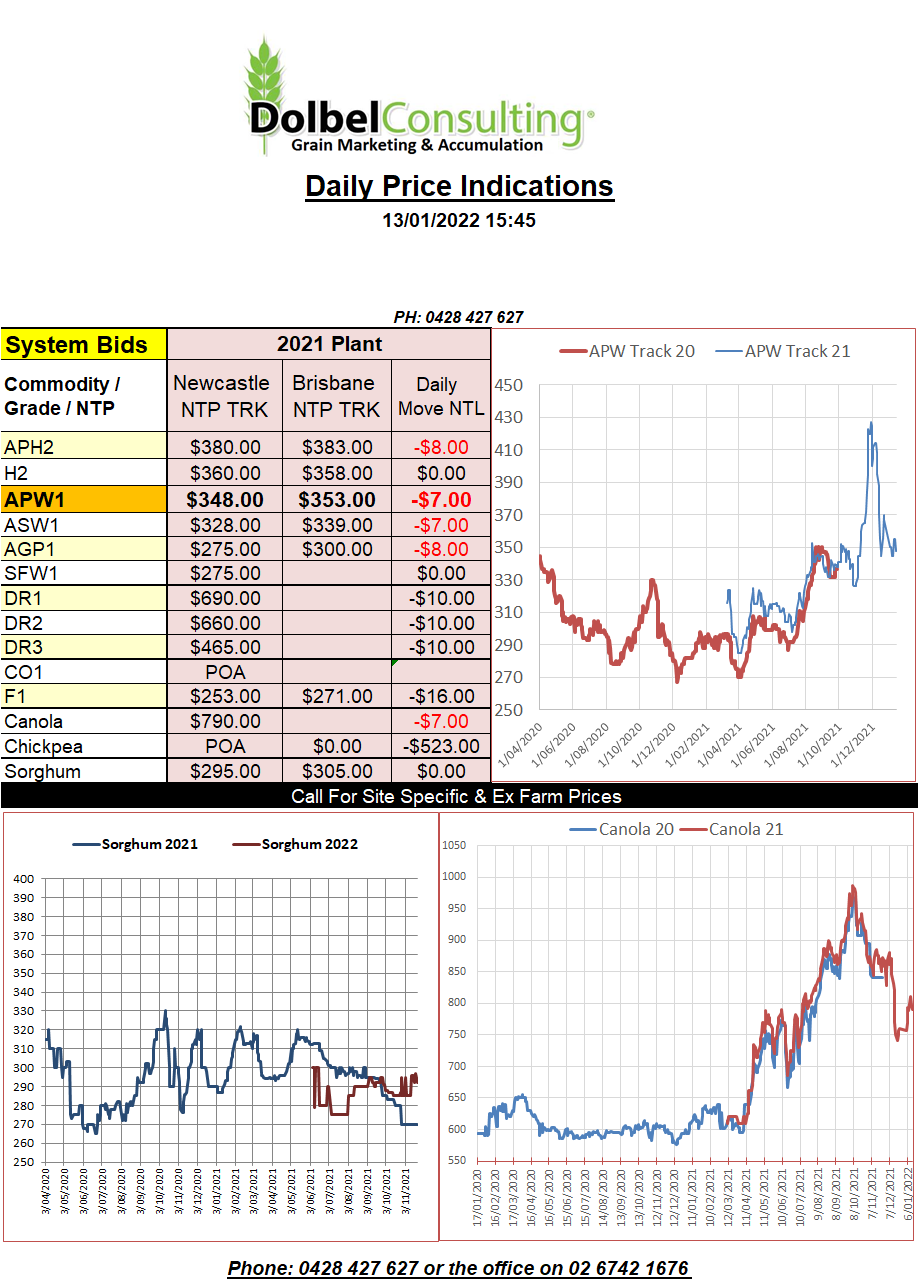 Another USDA report come and gone.
Starting with wheat we see world opening stocks 820kt lower, production increased by 710kt to 778.6mt, slightly lower domestic consumption and slightly lower exports netting in a 1.77mt increase in world ending stocks to 279.95mt.
Realistically not much of a change but at the end of the day these numbers are still reflecting a stocks to use ratio in the mid 30’s and that is still way too high to get a sustainable global rally in wheat that will take all locations sharply higher.
Looking at the unfolding issues in the USA, parts of the Ukraine and S.America it should make for interesting reading during the next couple of months though. Don’t rush out and buy a handful of in the money puts just yet….. or do ??? ….. Wheat is coming from a relatively high historical number, many will argue it has potentially more downside than upside given an average production year in the major exporters. So do you not sell wheat and buy puts and wait for a problem, or sell wheat and buy some calls and wait for a problem.
The way basis has been over the last few months it may take a long conversation with your futures trader to determine the answer to that.
Globally corn saw a reduction of 2.47mt in projected ending stocks, down to 303.07mt.This may have been a little less of a fall than some had expected to see. Production adjustments to Brazil and Argentina were probably a little lower than expected. This could potentially just be the usual time lag the WASDE experiences and these adjustments may occur in the Feb report. Brazil corn was back 3mt to 113mt and Argentine corn was back from 54.5mt to 54mt. Ukraine corn was increased 2mt to 42mt. Mexico was back 400kt to 27.6mt and China was left unchanged at 272.55mt with imports of 26mt. So not too bearish feed grains, thus in theory not to bearish SFW1 wheat.