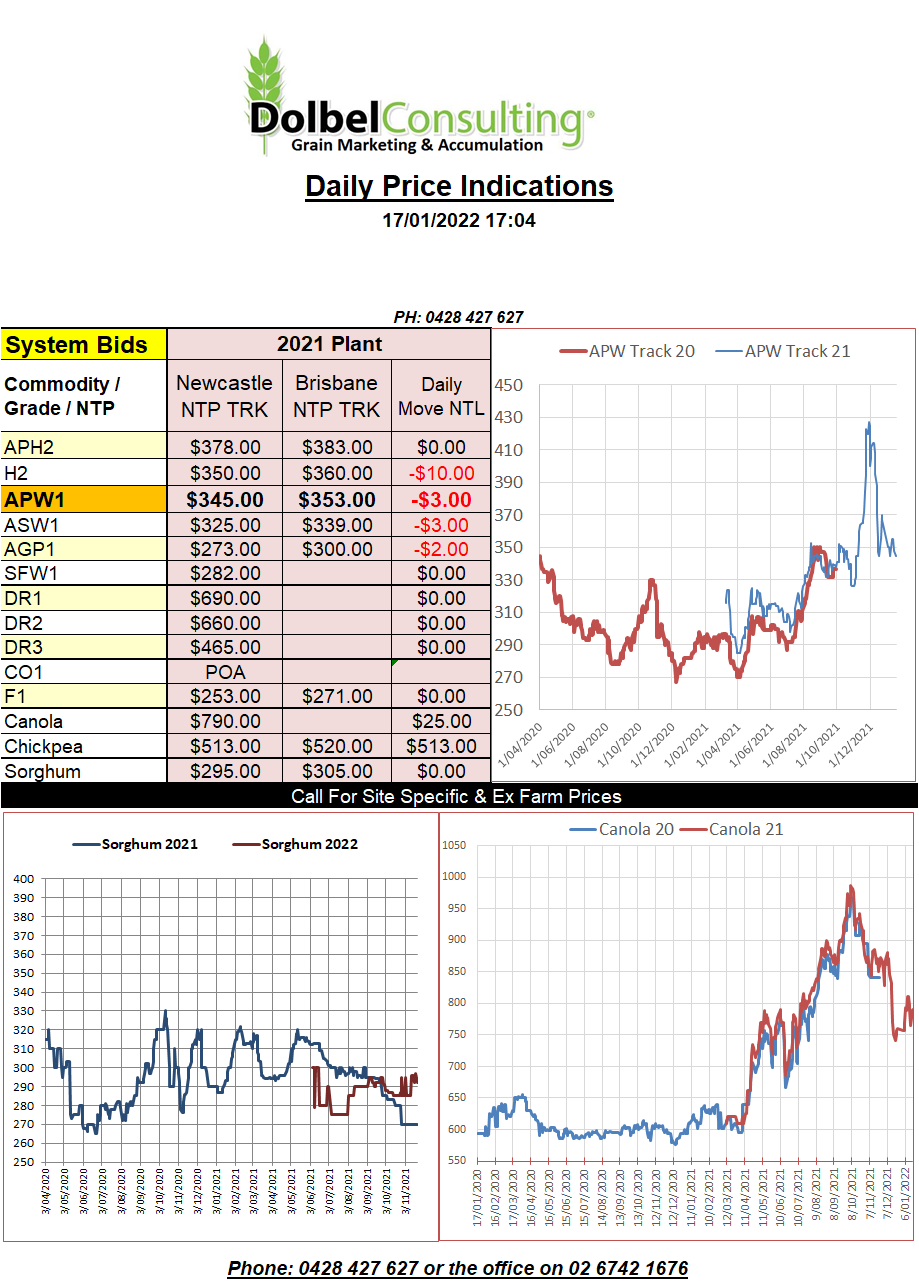 Bargain hunters were active in the corn pit at Chicago, pushing prices off a one month low. Not so in wheat and soybeans, both suffering another session in the red. Paris rapeseed broke a 4 day losing streak, recovering E29.75 (AUD$47) on the nearby contract. Strength in Paris rapeseed rolled through to the outer months with May up AUD$28.90 and Feb 2023 up AUD$23.36 to E$581.75 (AUD$920.44).
Canadian canola futures at Winnipeg were mixed, the nearby a little lower with outer months a little firmer.
Much of the Canadian prairies remains dry, the 14 day anomaly at 40-60% of normal precipitation in many locations. The US is also a mixed bag when looking at rainfall anomaly. Much of the spring and hard red winter wheat belt remains dry, a very dry patch persisting across the Texas pan handle and NE Kansas into Iowa. Early days yet but these regions will need to see some decent spring rainfall to recover from some terrible winter conditions for winter wheat.

Algeria was said to have picked up 630kt of milling wheat overnight. French wheat appears to have been snubbed, according to some reports, in favour of S.American wheat and tonnage from the Black Sea. There was speculation a little German wheat had made the order but Algeria does not make public their final tender results. There was also speculation that due to the increases in the Russian export tax that the Black Sea wheat will be mainly from Ukraine and Romania. S.American product obviously from Argentina.
The price was estimated at US$350 C&F. On the back of an envelope this would compare to an ex farm value here for H2 of around AUD$350, probably a little lower than current comparable prices at the farm gate level when sold into the local &/or the Asian markets.