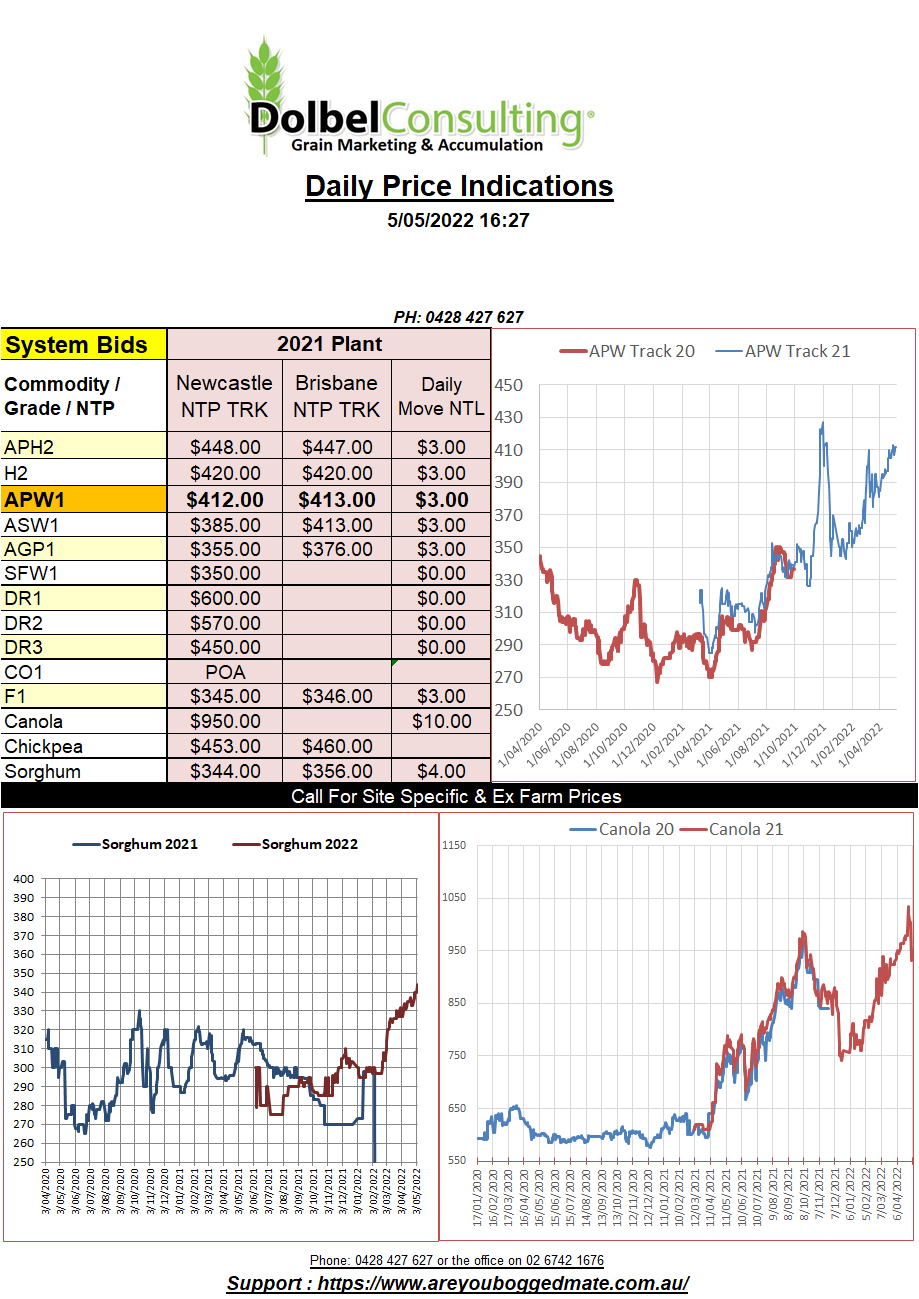 US wheat futures pushed higher in overnight trade, corn at Chicago was mixed but generally a smidge higher, soybeans where a little higher but wheat was the winner by a long shot. Chicago soft red winter wheat put on 30c/bu +/- across the 2022 contracts and kept the trend higher alive for the 2023 contracts as well. HRWW futures at Chicago followed SRWW, as did spring wheat futures at Minneapolis, although in a slightly less convincing manner.

Fundamental support continues to come from inside the USA and Canada. International influences remain generally unchanged although there was some talk of India actually reducing the amount of export wheat they are willing to sell as dry conditions keep India focused on their ability to feed themselves as opposed to exporting excess stocks.
India is nearing the end of the their wheat harvest. Sowing commences around the middle of September / October. It’s about three months behind our wheat season here, that’s easiest way to remember it. In the last WASDE report the USDA had Indian wheat production pencilled in at 109.59mt, about 2mt bigger than 2021 and about 6mt bigger than 2020. The USDA were using exports of around 8.5mt, this would have resulted in a significant drop in Indian carry in, from 27.8mt this year to 21mt next year. With the current dry weather being a worry, India may well put a tariff on exports to keep their ending stocks closer to the opening figure of 27mt, rather than the 21mt USDA projection.
The USDA reduced world wheat exports by 3mt to just over 200mt in their last WASDE report, yet the global stocks to use ratio remained above 34%, that’s pretty high. This figure was due to ending stocks held in both China 142.17mt and India 21mt. These two together represent a massive 58.6% of world ending stocks. A stocks to use ratio excluding China & India comes closer to 21.5%, thus the current volatility, thank you Russia.