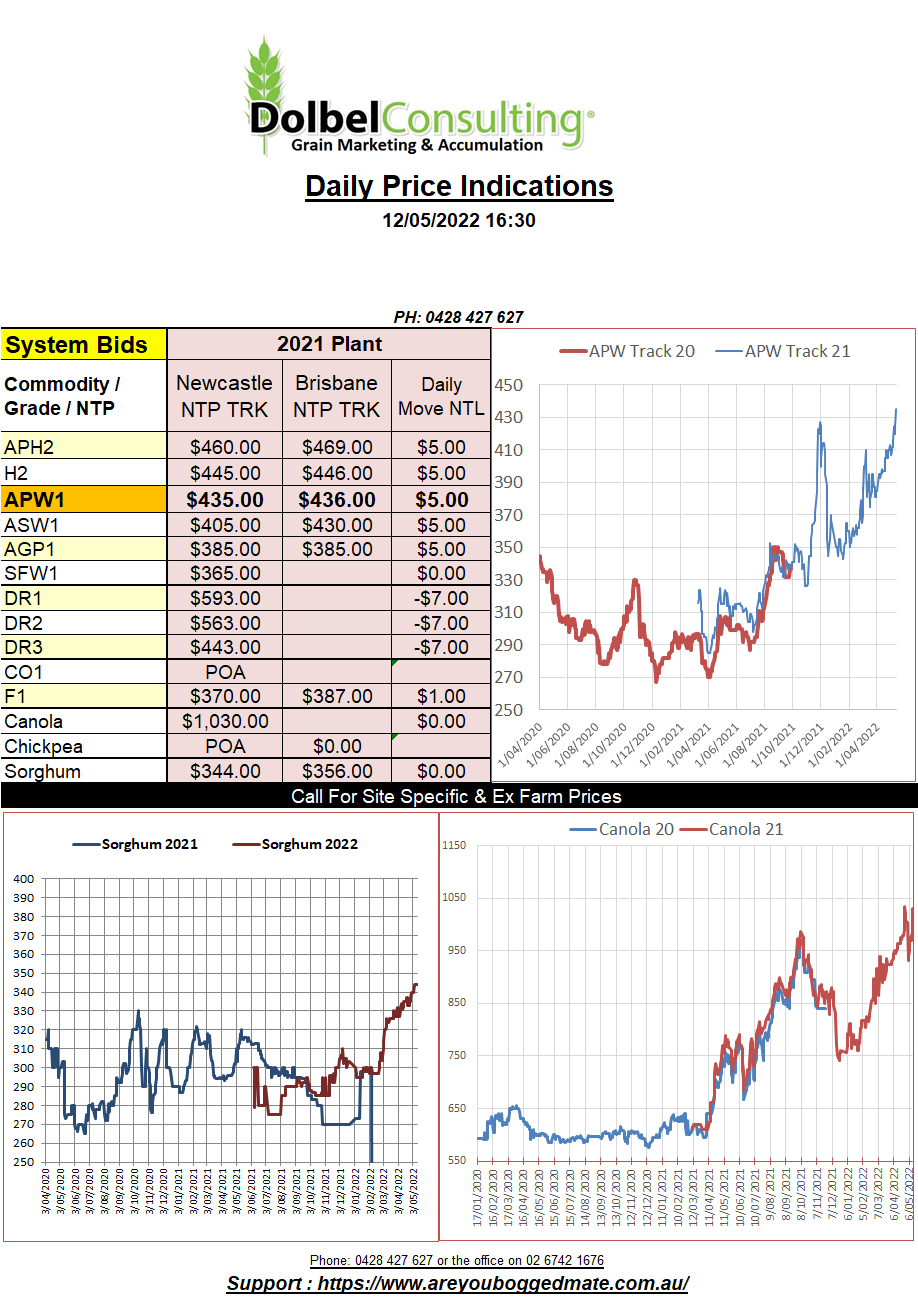 Technical trade prior to the USDA WASDE report out tonight saw corn, soybean and wheat futures in the USA close higher. Wheat was the undisputed winner in last night’s session, gaining some 2% – 2.5% by the close. Wheat is finding support in the US from continued wet weather in the eastern spring wheat belt and the prospect of more rain to come over the next 8 – 14.days.
In the southern US HRWW belt conditions may dry down a little in the east while the west is expected to remain dry. One report last night telling the media that 10mm in the panhandle in six months doesn’t break a drought. To make conditions worse across NW Texas and the Oklahoma panhandle daily maximum temperatures are set to push into the high 30’s over the next week.
Most models still predict some useful rain for the Canadian Prairies with SE Saskatchewan expected to see 25 – 75mm towards the beginning of next week. The trade appears to be discounting this rain prediction, too little too late in the west or too much too early in the east. Cash prices for spring wheat out of SE Sask continue to climb. The December contract now priced at C$532 ex farm, just $22 under the current price for old crop. New crop durum out of the same region is also firm, an October pickup priced at C$539, sustaining a slight premium over milling wheat.
In France new crop durum has been fairly flat, around E460 / tonne DDP Port La Nouvelle for a December slot. This is about E60 under the high set over the last six months for old crop but towards the top end of new crop values in the short term, the high set just last week at E469.50.
In Italy durum wheat is sown during March / April, harvest commencing in July. This is a short season crop meaning everything must run in its favour to achieve good production. The 30day rainfall totals for some of Italy are not great, good in the north but not so great in the SE. This tends to indicate demand will continue to be good. The SE of France wheat durum is grown is in much better shape than their NW wheat region, but still a little dry.