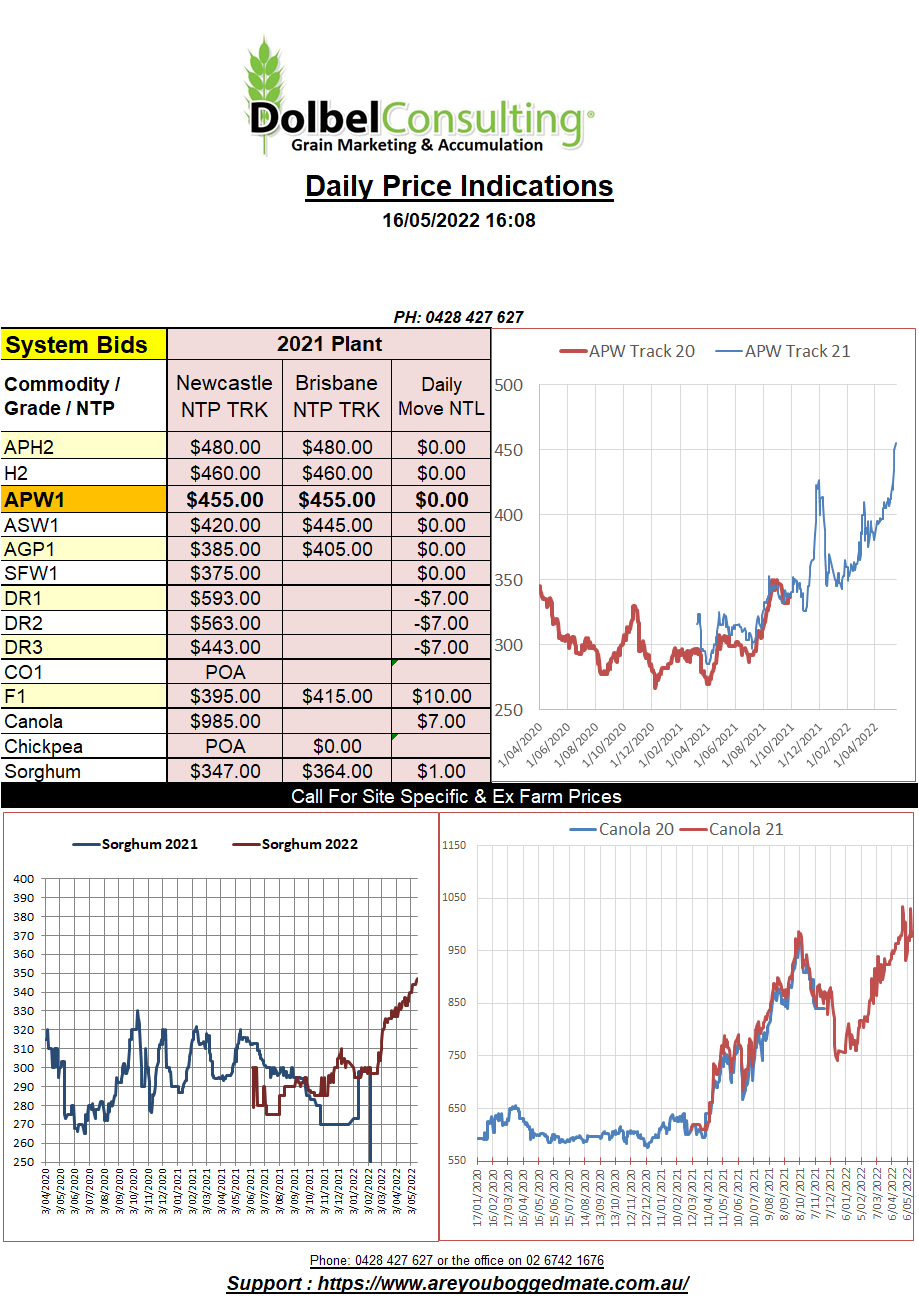 Technical support and May22 futures rolling off the board lent some support to the Chicago corn contract overnight. Not a market to be caught short in.
Tight world oilseed stocks had the punters back on the buy side pushing Chicago soybeans higher, the Jan23 slot closing at 1499.5c/bu, up 16.75c, about half the move seen for old crop.
Some talk of reduced soybean exports out of Brazil were also considered bullish. Private analyst now expecting to see a 4.5% reduction from the April forecast. Late next week China will auction off state owned soybeans in an attempt to lower domestic values.
The firmer soybean market and fundamentally bullish weather in the Canadian canola belt combined with the issues in Europe continue to see both canola and rapeseed futures close higher at Winnipeg and Paris.
The US wheat markets were mixed, SRWW lower while both HRWW and Spring Wheat closed the session higher. Wet weather is becoming a big issue across the US spring wheat belt. Some analyst expecting the next USDA report to show a considerable reduction in both US and Canadian sown area. What will this area go into, possibly corn, possibly barley. The forecast does show a slight drying down of the Red River Valley and much of eastern N.Dakota next week. But the forecast has also turned dry for the Saskatchewan prairies again, they can’t take a trick. Overnight cash prices across SE Sask continued to rise, spring wheat, durum and canola bids for the new crop were all firmer, durum up around C$4.45 to C$544 ex farm on average.

India has confirmed its intentions to export around 10mt of wheat to help cover reductions from the Black Sea. This is about 1.5mt more than the USDA had them pencilled in for in yesterday’s USDA WASDE report. With dry weather a very real concern in India many can’t see this happening