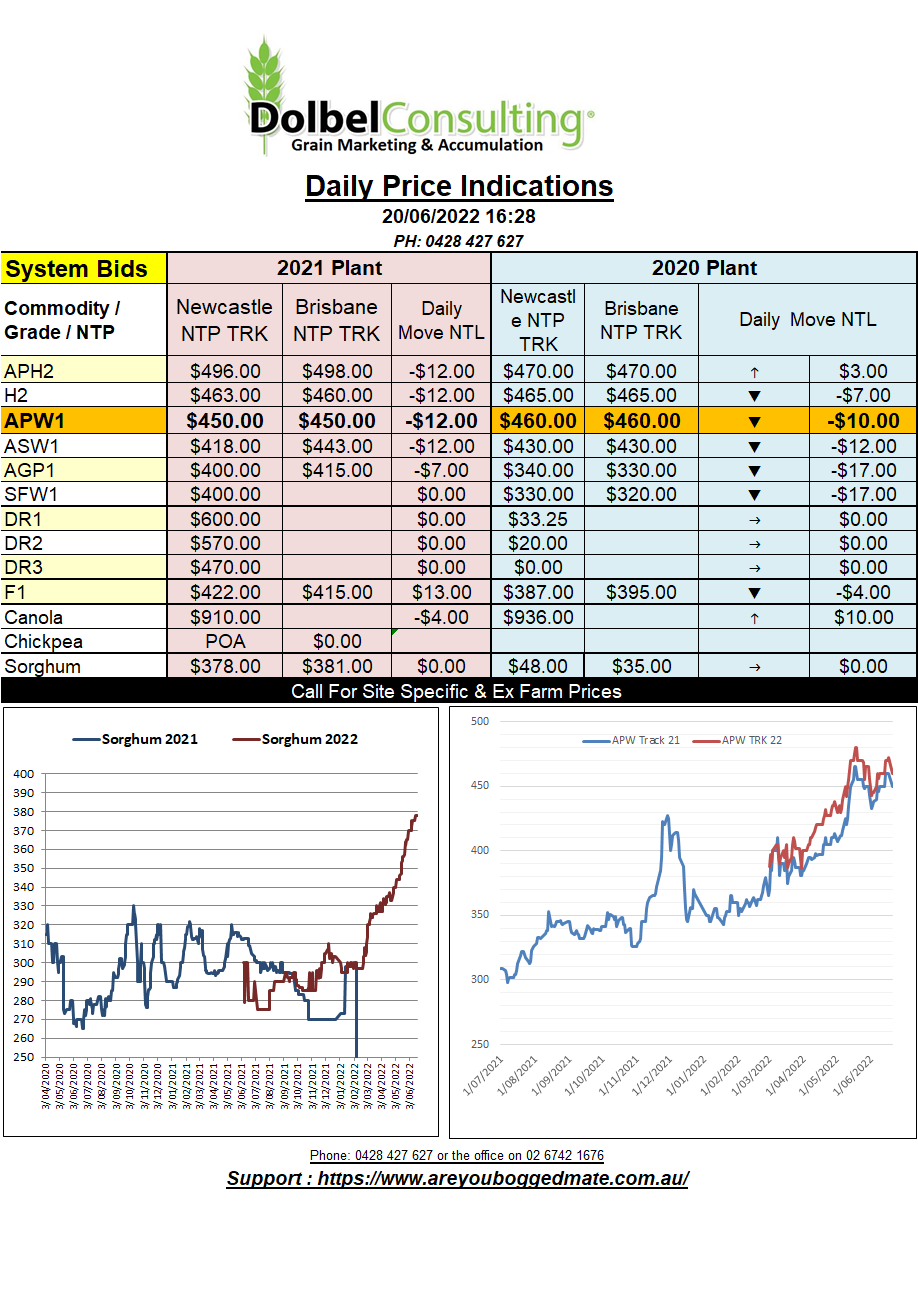 Overnight wheat futures in the US fell away sharply.
Come Monday we may see the move somewhat countered by a lower AUD here but the fall in the dollar will not be able to counter all of the fall in futures if the fall in futures is reflected dollar for dollar. Chicago July SRWW move on the nearby contract was equivalent to a decline in aussie dollar terms of about AUD$23.31 per tonne. The fall in the AUD against the USD is equivalent to a buffer of about AUD$8.86 per tonne, so a net decline in aussie dollar terms of around AUD$14.45 per tonne.
With the December slot falling by close to the same value as the nearby the conversion for the later month is very similar.
A combination of factors helped push wheat lower. The move then exacerbated by technical selling triggered by the decline. Something we may see a lot of over the next few months. Pressure came from outside markets, many blaming the sharp fall in crude as the catalyst for a general market wide sell off.

Fundamental news from both France and Argentina was generally bullish wheat. French crop quality declining for the 7th straight week.
The Buenos Aires Grain Exchange again lowered its projected wheat area for Argentina, now pegged at 15.815 million acres.
Argentina is estimated to be just under half way through sowing their winter crop. A quick look at the 7 day model for Argentina shows little chance of rain across the major wheat growing regions. A look at the 30 day anomaly and we now see the vast majority of Argentina receiving less than 20% of their average rainfall for that period. A lot of analyst believe that many Argentine acres currently pencilled in for wheat will be carried over into summer crop where possible. Their wheat sowing season is roughly a month later than ours.