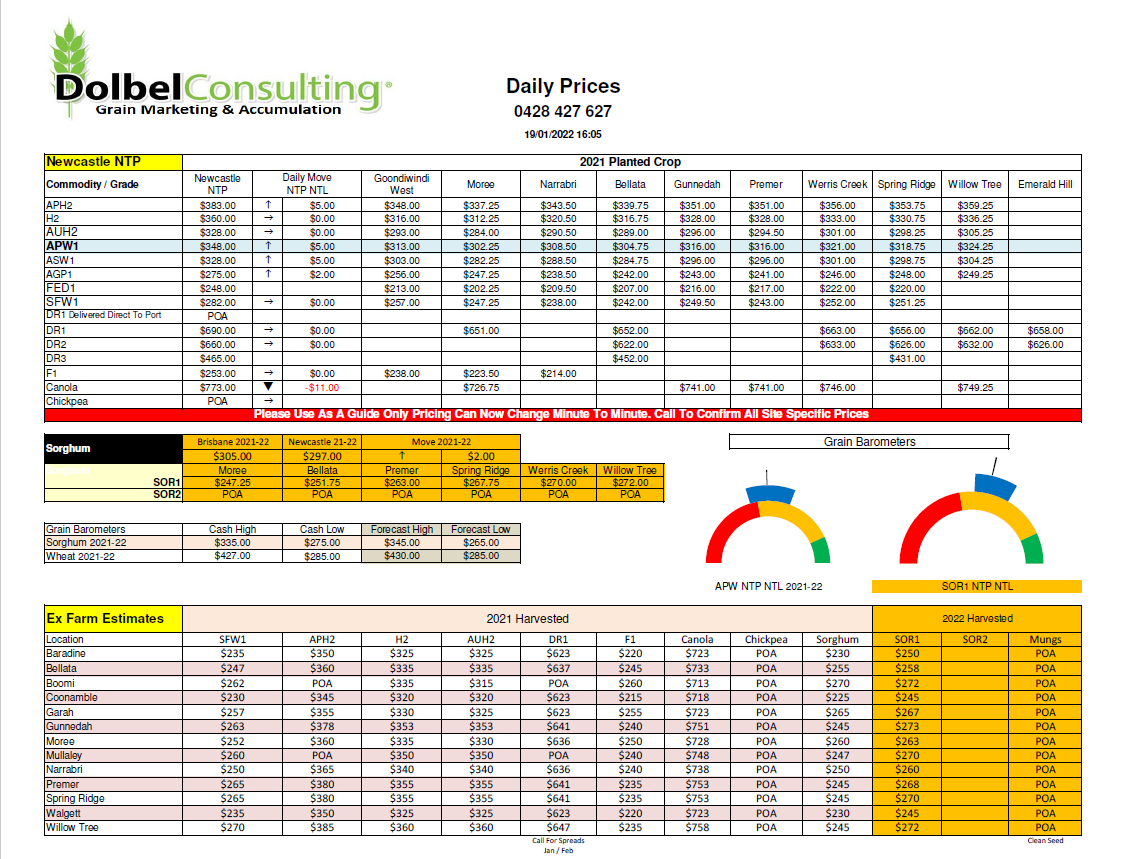 US wheat futures found support from surging US wheat exports, up 58% week on week, not hard considering the previous holiday efforts but still healthy at 369kt none the less.
The USDA have US white wheat exports pencilled in at 4.08mt. Current year to date exports at 3.09mt. White wheat values out of the PNW are around US$12 / bu for club wheat and US$10.75c/bu (US$395.00/t) delivered port for soft white wheat.  So soft wheat  into somewhere like Japan would be around US$443 C&F. Freight from Australia to Japan is roughly US$30, giving us a rough FOB value of US$413 Australian port.
To work this back to an ex farm value, costs in AUD would be somewhere between $80 and $100. So you quickly come to the realisation that Aussie wheat is very much cheaper than US wheat. The question is will some of that difference get reflected in local values once we see US exports out of the PNW start to struggle with supply, something many had thought would be occurring by now.
US wheat values were also said to have found some speculative support from increasing tension between Ukraine and Russia. We really need to look at this kind of talk sceptically though as previous conflicts have had minimal impact on grain flow out of the Black Sea.

Chicago soybeans futures stumbled on the back of technical trade, profit taking. The weaker bean market rolled through to lower nearby contracts for both Paris rapeseed and ICE canola. Both of the canola contracts are seeing the removal of some large speculative longs which appear to be exacerbating volatility at present.  Weekly basis swings here of +/- AUD$50+ doesn’t make marketing any easier.