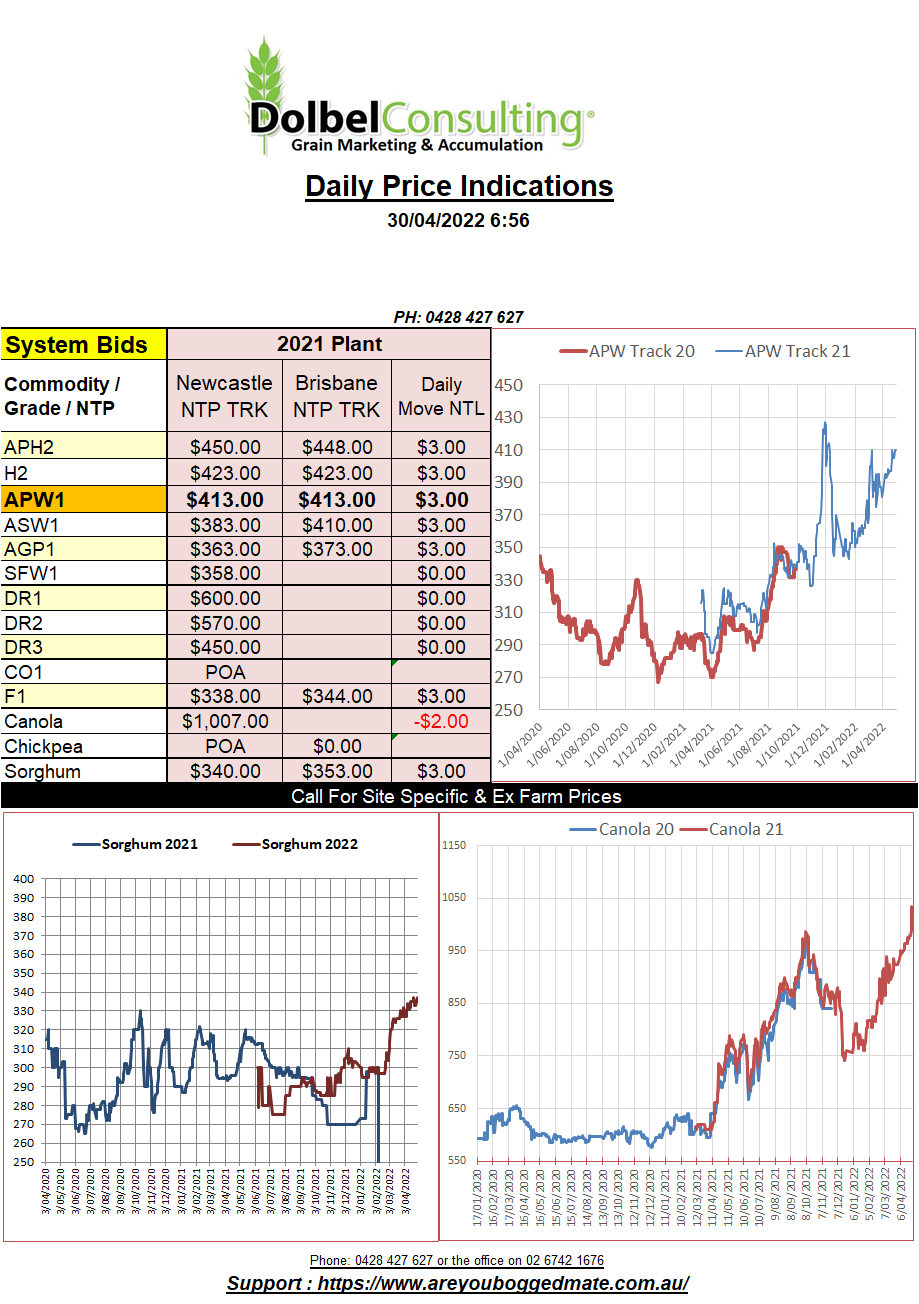 Wheat and soybean futures in the US were a tad lower. Soybean prices falling on the back of speculation that the planting delays in corn could see late acres switched to soybeans. Considering the delays are generally in the north of the US and international values for corn look likely to remain well supported due to the Russia / Ukraine war this speculation doesn’t really stack up that well.
US weekly wheat export sales were poor, at just 157kt it was at the low end of expectations. Some analyst thought US sales should have been closer to 500kt. US annual wheat export sales are just a little behind last year’s pace, now sitting at 16.895mt. It does raise the question, at what stage is the big jump in demand for US wheat exports, due to the Black Sea limitations, going to take place. Futures have responded, the only thing that will increase basis is increased exports.

Ukraine claim that Russia is looting grain stocks in the SE. Does this mean that we need to increase Russian opening stocks and decrease Ukraine closing stocks, probably. I might spend some time on trying to discover the storage and logistics structure (or whats left of it) of that region over the weekend to determine the viability of that claim and what it could mean for Russian stocks.

Paris milling wheat futures were higher across the board in overnight trade. Although Paris doesn’t see the volume that Chicago see’s it is a good indicator for that part of the world. Dec 22 milling wheat futures rallied some E7.50 per tonne to close at E378.75 / tonne. This would be equivalent to APH being worth something like AUD$550 off the LPP using China as a consumer, the Middle East as a consumer, closer to AUD$475 XFLPP.