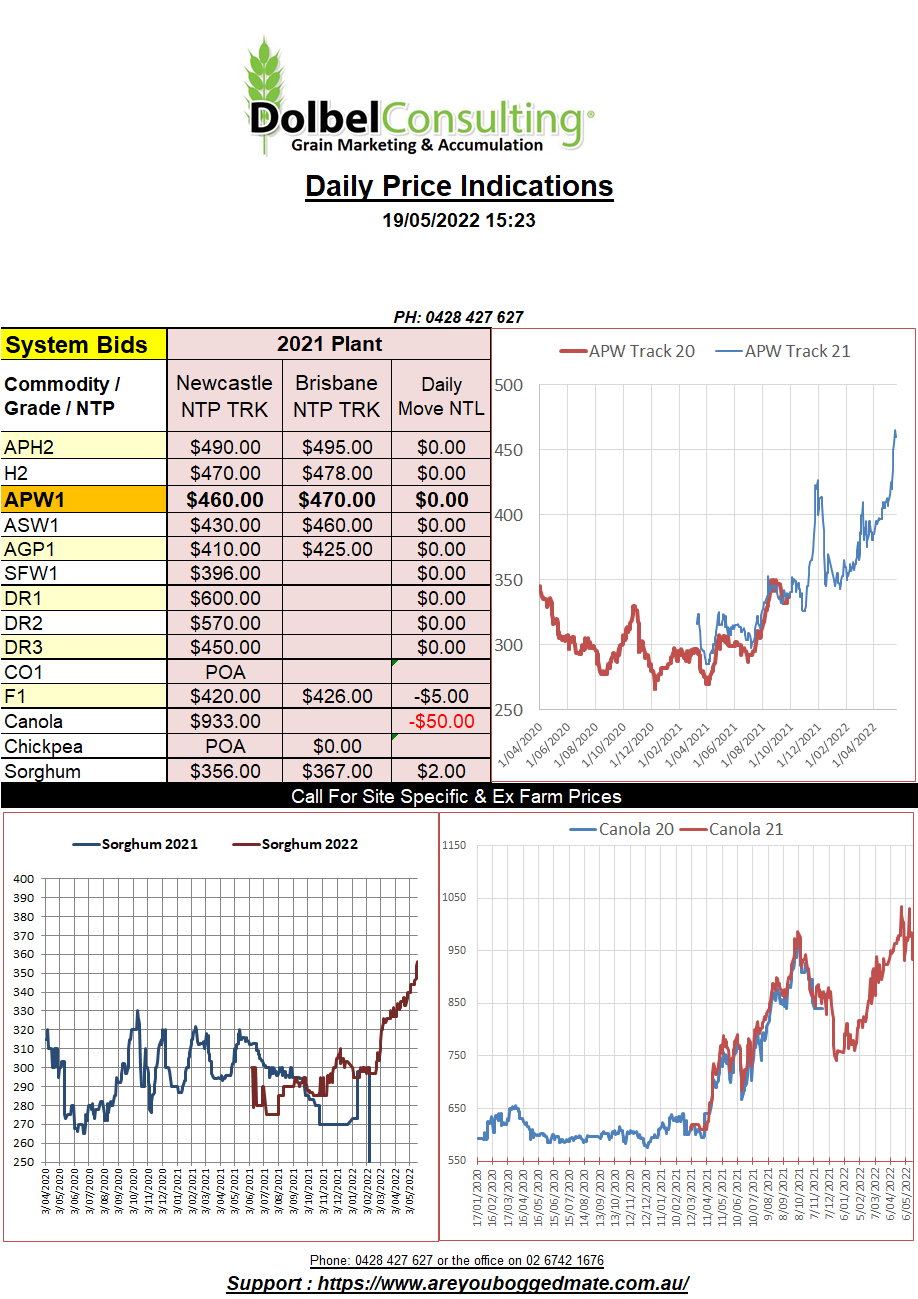 US wheat futures were hit pretty hard last night. After putting on 100c/bu in two sessions I can’t say this wasn’t a little expected. Technical selling and profit taking will dominate the market with just the slightest rumour of downward potential at these levels. Realistically the wheat market in the US could fall 250c/bu and still be very highly priced from a traditional value.
The catalyst appeared to be a better than expected forecast for the Russian wheat crop and the “hope” of better exports out of Ukraine. Outside pressure from a crumbling stock market was also noted, the Dow shedding 1016 points by the afternoon. Crude oil and fuel were also sharply lower.

Corn and soybean futures at Chicago were not spared, both commodities being caught up in the general sell off and spill over selling from the wheat pit. Rapeseed and canola futures were sharply lower. The Paris Feb23 rapeseed contract shedding a massive E36.50 per tonne (AUD$54.91). Winnipeg was also lower the Jan23 slot not as hard hit as Paris but still shedding over C$25.00.
Old crop canola cash prices out of SE Saskatchewan were smashed, the July slot back a massive C$66.62 per tonne on average. The fall covering a good slice of the drop needed to complete convergence with new crop but there is still a C$50 spread between old crop and new crop canola there.
In SE Saskatchewan the average cash durum price for an Oct / Nov lift was basically unchanged at C$557, now a C$10 premium to milling wheat.

We don’t hear much about the European Common Agricultural Policy, CAP. In brief it’s basically an agreement between France and Germany about how much grain is sown and who subsidises who and how. Talks last week centred around Germany increasing wheat acres, they are net exporters.